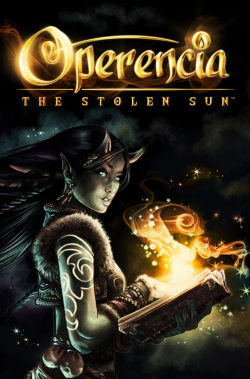 Single player
Local Multiplayer
Online Multiplayer
Co-operative
Operencia: The Stolen Sun may have already gotten its time in the spotlight on Xbox One and PC. But on March 31st, the Nintendo Switch, PS4, and Steam get to join in on the adventure. How does this independent dungeon crawler stack up on Nintendo Switch? Let’s jump in and find out!

THE LAND OF OPERENCIA: STORY, CHARACTERS, AND MORE

Operencia: The Stolen Sun's story isn’t anything special by fantasy standards, but it’s still compelling enough to drive the game forward. You have been experiencing the same dream every night, of a white stag guiding you to a castle under a lake. You follow this calling to the sunken castle, where you enter in the middle of the day, but emerge to come across a startling sight: the sun has disappeared, leaving the land of Operencia in an eternal night. Finding Operencia's sun is the ultimate goal and the driving quest of the entire game. 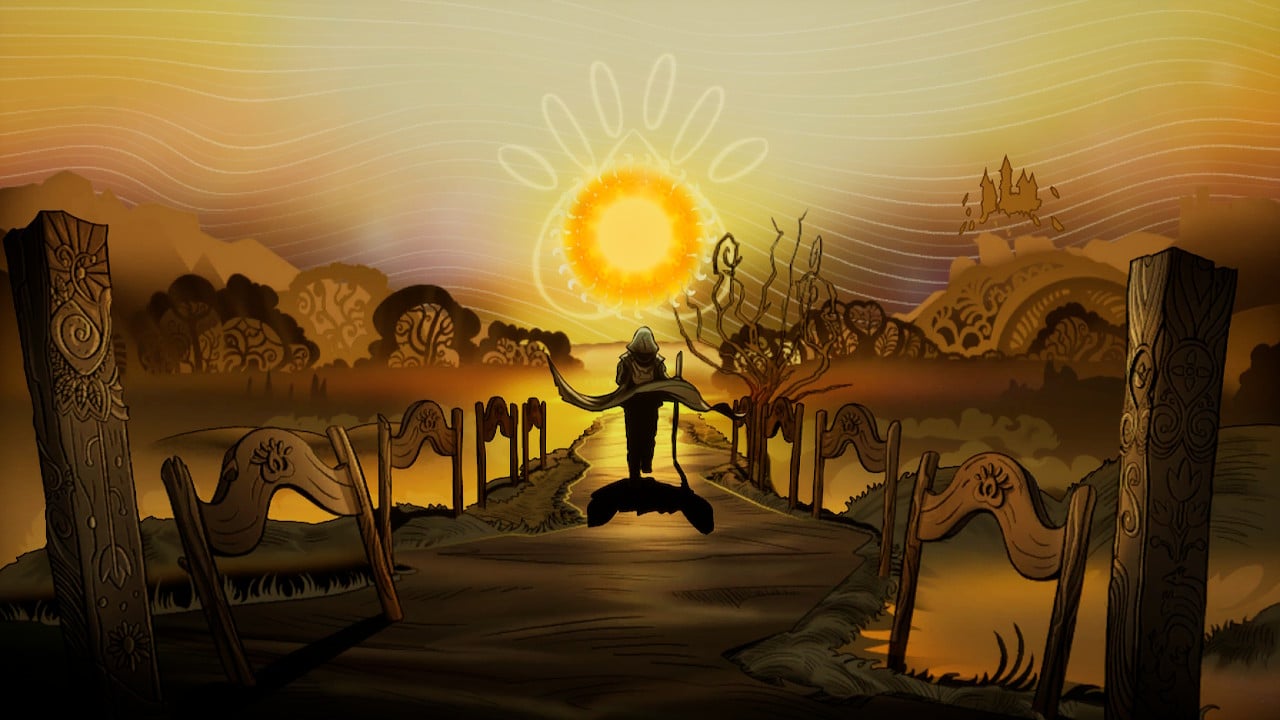 ​
Before getting to this story, though, the game starts with a prologue tutorial. It gives you control of three different characters to test out, and get a feel for the three main types of combat in the game: melee, ranged, and magic. It pits you against powerful foes to help tell the world’s backstory, and lets you experience how the king of old closed an open portal to the underworld, and vanquished a terrifying three headed dragon, rather than simply tell you through cutscenes. It's effective interactive storytelling, but it is a bit jarring to be thrown from a max level character in the prologue, to suddenly having to carve your way forward at level 1 with YOUR character. 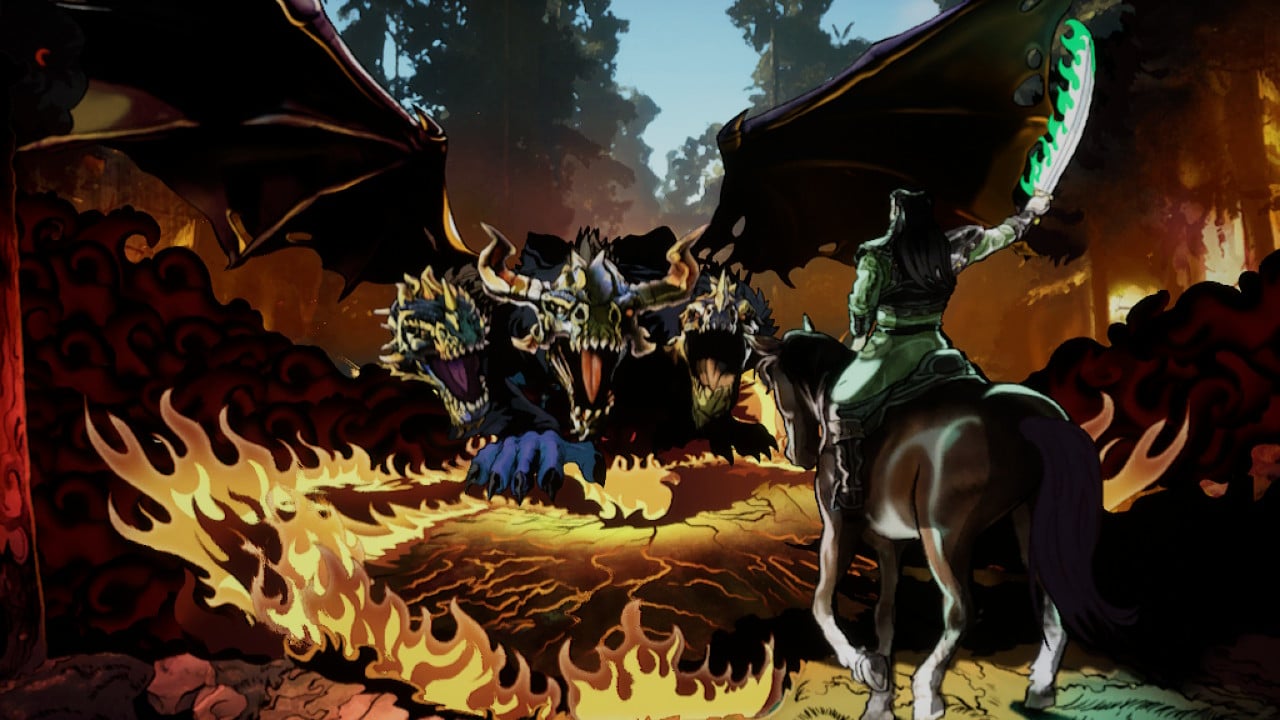 ​
An interesting note about Operencia: many of the characters and locations you come across have a base in actual Hungarian mythology. Characters important to the world’s history, and allies you can recruit, are based on actual folk tales. As an example, party member Sebastian is based on the Hungarian tale of “Sebastian the Dragon Slayer.” Even the word “operencia” is Hungarian for “Far, far away,” a fitting name for this fantasy world. 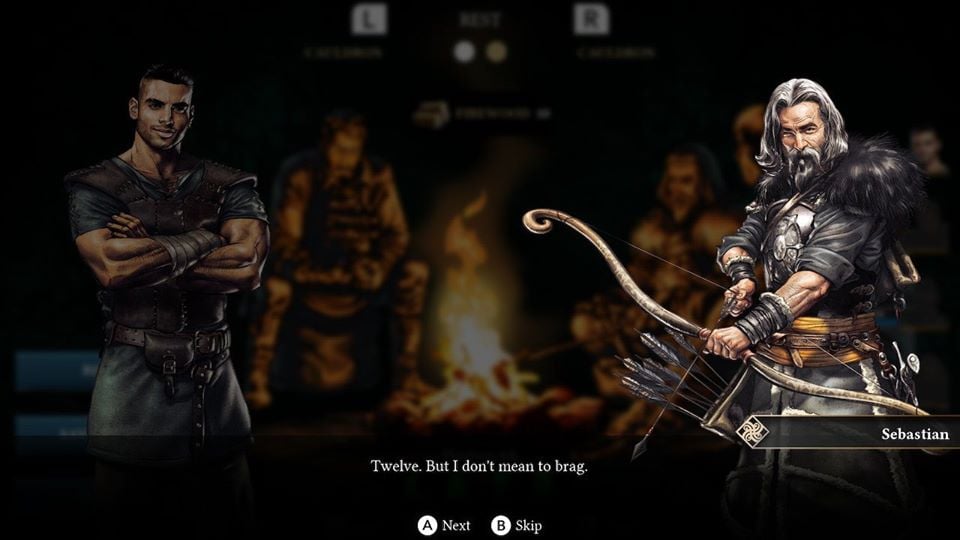 This contributes one of my favorite things about Operencia’s story and design: how much effort and thought was put into the lore of each and every piece of it. The gorgeous dungeons and landscapes you go through all have a history to them that feels very intentional, rather than just done to look pretty. Moving away from the historical influence, even monsters and artifacts you find are given further explanation through the journal of your first companion, Jóska. Each different enemy type, boss monster, and unique environmental obstacle gets a journal entry from Jóska, where he provides an in-character look at what or who they are, including a bit of lore. 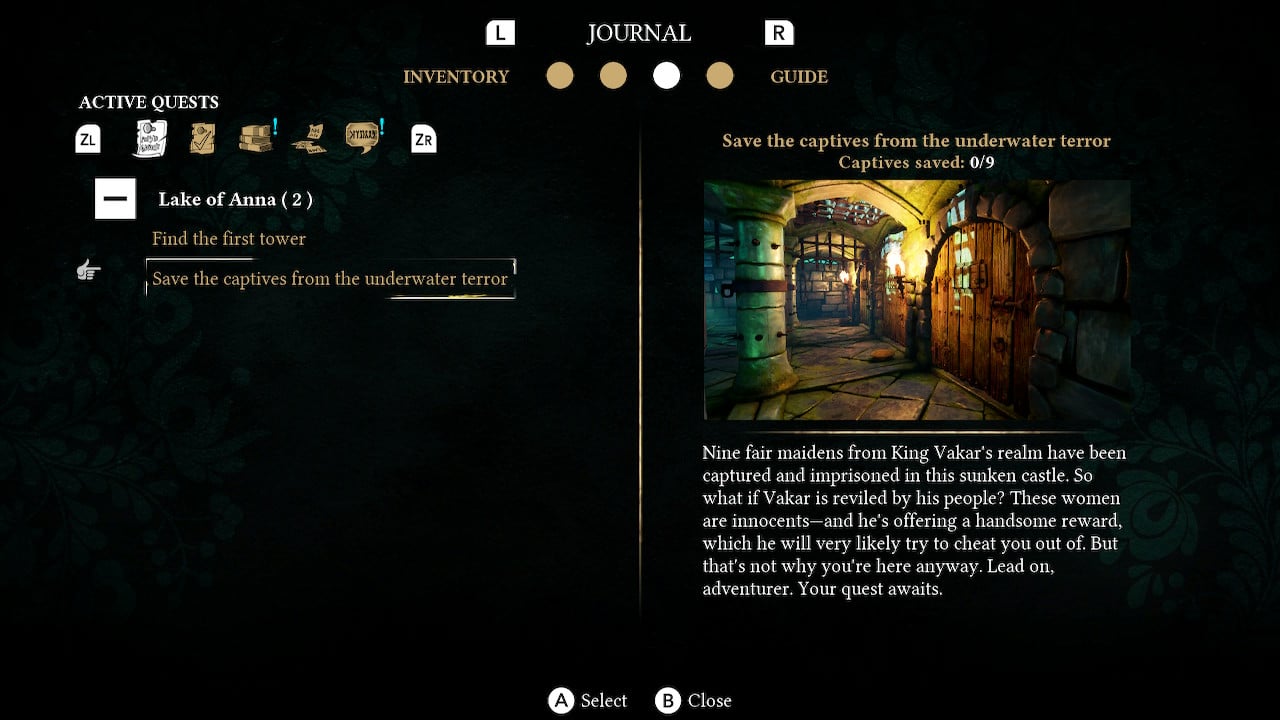 ​
One thing that I did find disappointing in this story is the lack of choice. You do get your choice when it comes to character stats and abilities, but all dialogue is pre-scripted and recorded, and the story is very much a railroad. This is fine since the developers clearly had a story they wanted to tell, but it is a bit weird to have an RPG with no aspect of choice in the story. This affects the replay value as well, since another playthrough would really only allow you to try a new character class for your player character, and not give you anything new in the story. 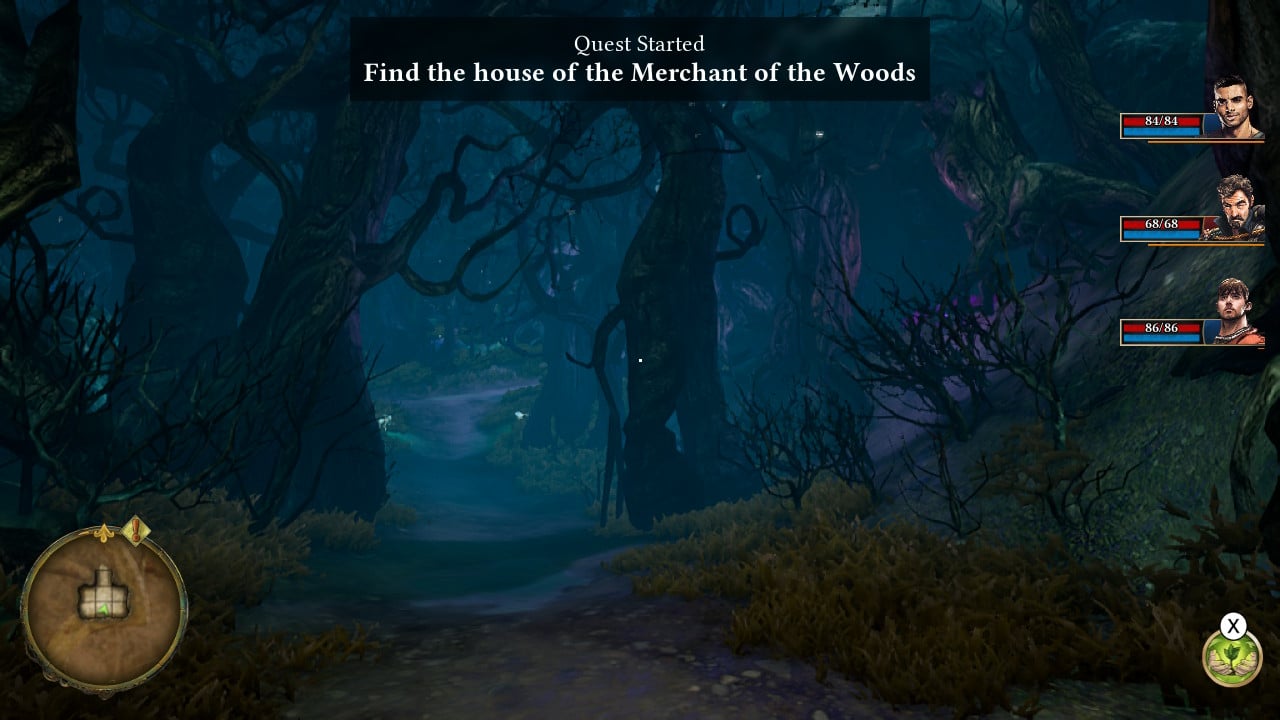 ​
Finally, let’s talk art for a bit, because in my mind this is where Operencia truly excels. Cutscenes are handled with beautiful, hand drawn 2D scenes that have an incredible art style to them. Each image and character has personality in their portrait, and you’re able to immediately tell right away what kind of “archetype” each character will fit into. The choice to handle cutscenes and dialogue with these hand drawn images feels very intentional, rather than a lazy copout, or cost cutting measure. The artists put passion into each image, and it truly shows. In game, the dungeons are rendered in stunning 3D with beautiful colors, and stylized graphics. The 2D and 3D blend together to make a truly unique world. 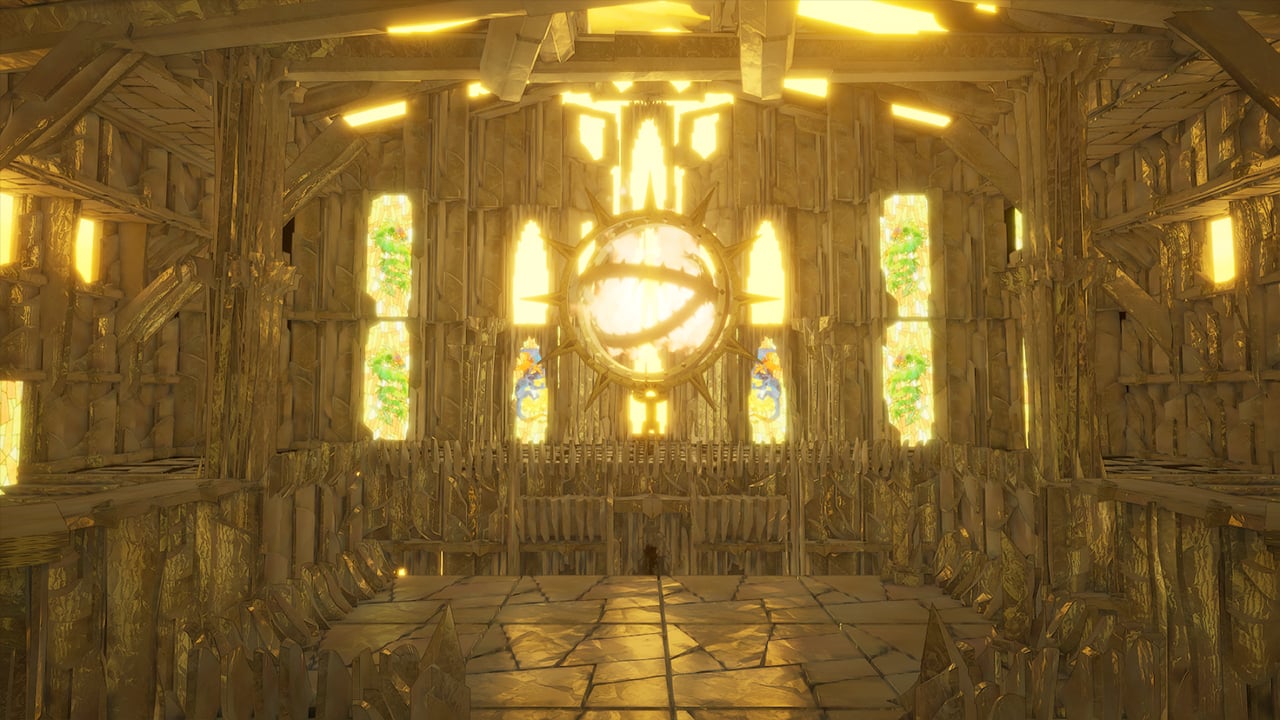 A quick note before moving forward, I’ll be using the word “dungeon” as an all encompassing term. By the traditional definition, not every area you get to experience in Operencia is technically a dungeon, with going through some forests and small settlements. That said, since the gameplay is the same no matter what area you’re at, I will just use dungeon for all sections.

Operencia is a modern take on the classic first-person dungeon crawlers. Dungeon crawling is how you spend your time in the world of Operencia, looking for loot, fighting monsters, and solving puzzles to further the plot. The act of dungeon crawling is very reminiscent of the old school dungeon crawlers, games like Might and Magic. As a long time lover of Dungeons and Dragons, I also enjoyed that it felt, in part, like an homage to the tabletop dungeon crawls in those games. Even the in-game map, and world around you, is based on a grid system for movement. It took me a minute to get oriented with the controls of first person grid based movement, but once I was used to it, it worked just fine. That said, I did find myself looking at the map more often than the beautiful scenery in the levels, as the in-world grid is very light, and at times difficult to see. It still works alright, but I couldn’t help but wonder if a more traditional open map would’ve felt more natural. 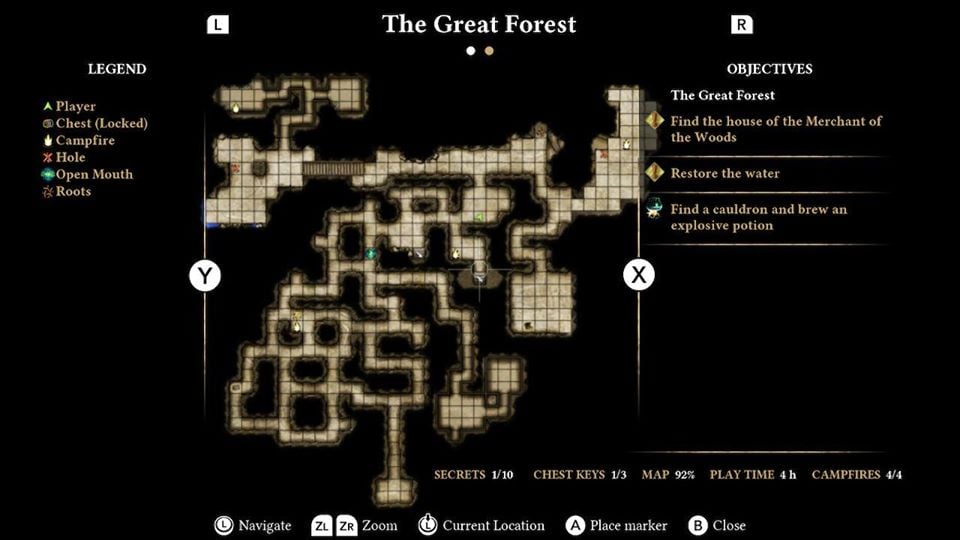 Combat is a very interesting twist on your standard turn-based RPG combat. You have your standard attacks, buffs and debuffs you can apply, and special attacks and spells that can deal more damage and hit multiple targets. The twist comes in that, just like the dungeon crawling, Operencia’s combat is also in first person. This allows for a pretty fun “tier system” in combat. Enemies are placed in different layers, which requires different strategies as far as which party member targets which enemy. Some attacks will do less damage to enemies in the back, while some party members will truly shine in dealing damage to the back row of combatants. But for as much as you’re strategizing against the enemies, they tend to do so just as much against you. Oftentimes, the enemy will choose to apply a debuff to you, buff their ally, or make sure you have to focus on the tanks in the front tier before getting to the powerful ranged attackers in back. It’s a fun system that requires you to think through each encounter to truly enjoy it. 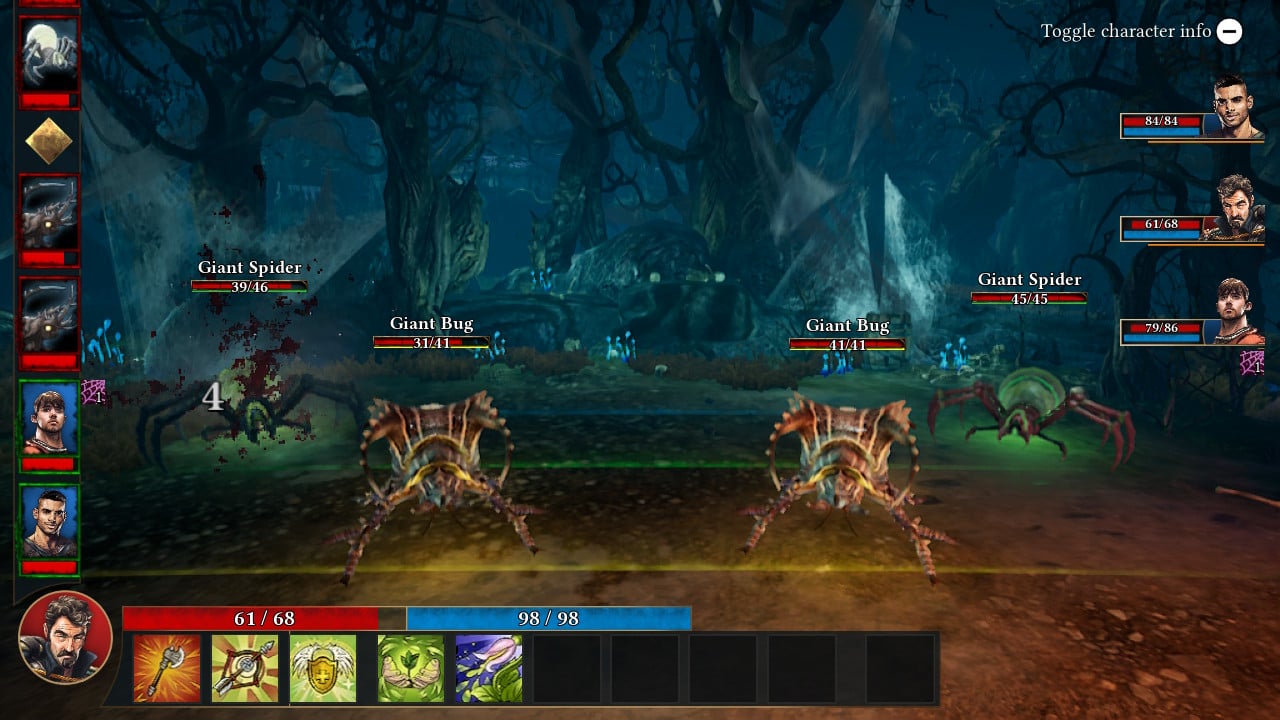 ​
While the combat is a fun time, it’s definitely not how you’ll spend the bulk of your time. The open dungeons and puzzle solving is how all progress gets made, with combat serving to further the story, and break up the marathon exploration sessions. Each dungeon has a sizable map that offers a wide area to explore. Progress is made through the game's puzzles, which can be solved fairly easily by tracking down clues in the environment. The puzzles are mostly logic and switch based, which is fun enough, but I felt they were pretty easy in most cases. The puzzles aren’t just limited to story progression, either. The various potion recipes you can find throughout the game are puzzles to solve, rather than a grocery list of materials to gather. 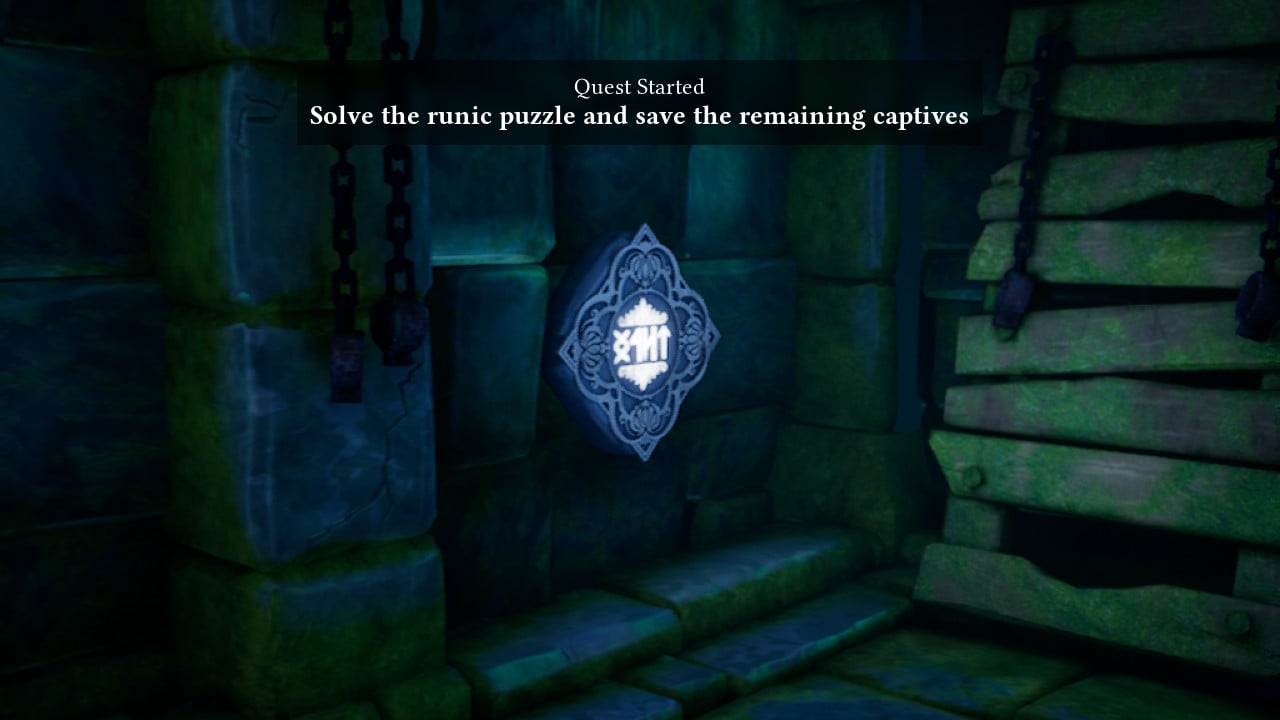 ​
Each dungeon has secrets abound, some that aren’t immediately available. After you reach the fourth level, Deva Forest, fast travel is unlocked, and you’re able to go back to levels you’ve already completed. This is necessary for the completionists, as some of those secrets in early levels are only available once you’ve gained new abilities and artifacts from later levels. I mentioned a disappointment at a lack of replayability earlier, and this does help mitigate that a bit by adding incentives to explore earlier levels further. 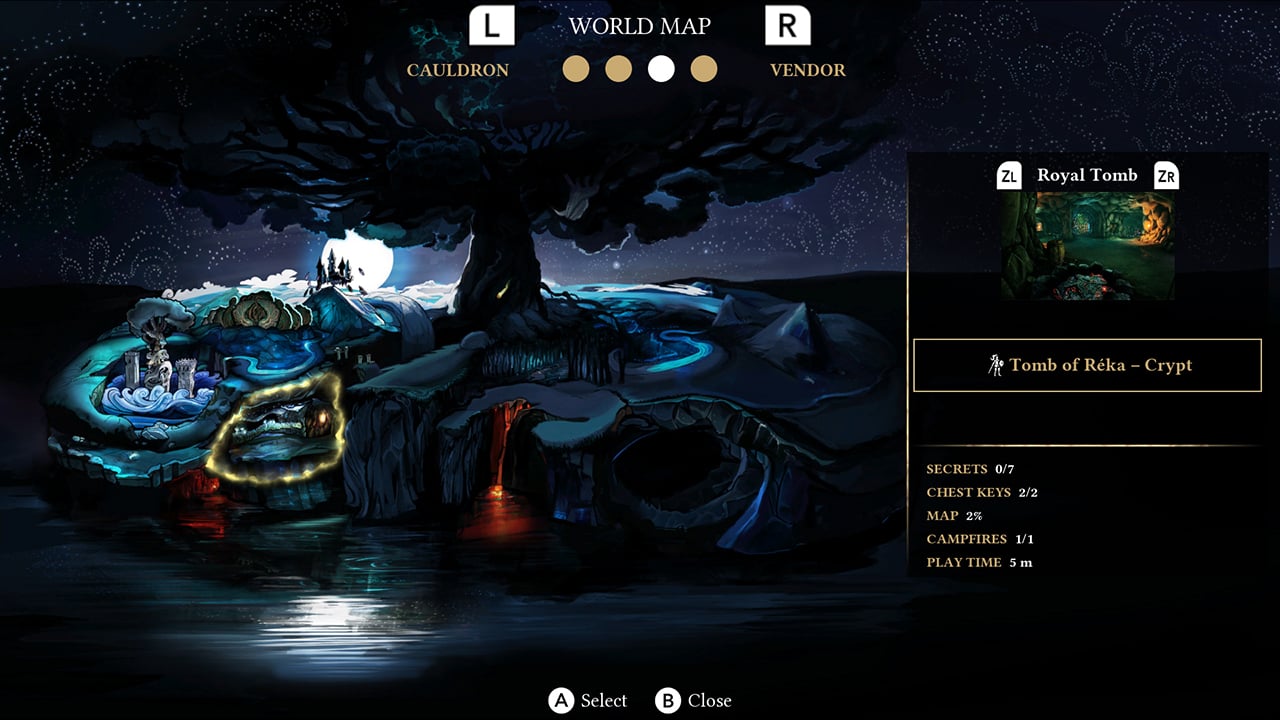 What We Liked ...
What We Didn't Like ...
8
Gameplay
The game is downright fun. From the dungeon crawling to strategizing in combat, I just straight up had a good time.
9
Presentation
The music and visuals are all absolutely gorgeous. This is fantasy in its purest, most beautiful form.
6
Lasting Appeal
Extra secrets and rare loot in each level gives plenty of incentive to return to previous levels and explore further than you might have initially. However, the lack of interactive choice gives little reason to return after the game has been completed.
8.2
out of 10

Operencia: The Stolen Sun is very clearly a love letter. Not just to RPGs and dungeon crawlers, but to fantasy and mythology as a whole. There’s a lot to like, and while there’s gripes to be had, it’s still very fun. If you’re a fan of the old-school dungeon crawlers, I’d definitely recommend it.
Reactions: _abysswalker_, The Catboy, jDSX and 3 others
Share:
Facebook Twitter Reddit Pinterest Tumblr WhatsApp Email Share Link
Might have to give this a go if I get the chance -- most devs doing old school dungeon crawler throwbacks go for the old school PC offerings as their base/reference/muse where my formative experiences were more with things like Shining in the Darkness which is what this looks closer to.
Reactions: RyRyIV
Added to my wishlist, looks right up my street!
Reactions: RyRyIV