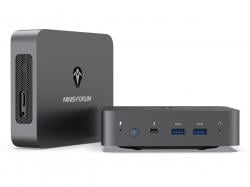 A mini PC has always been an oddity in my mind. Lacking the power of a desktop PC, and the portable convenience of a laptop, it falls into a strange gap. What can a good one do, and just how much power can you squeeze into such a compact form factor? With Minisforum’s X35G mini PC, I intend to find out.

Now, for a site like ours, a mini PC makes for an interesting review. Our banner marks us as an independent gaming community, and make no mistake, this isn’t something that’s going to be replacing your gaming rigs or consoles any time soon. Sporting a 10th generation Intel Core i3 processor, paired with Intel’s integrated UHD graphics, what we have here is a machine aiming to deliver reasonable performance in a compact package. You can check out the full specs straight from Minisforum below: 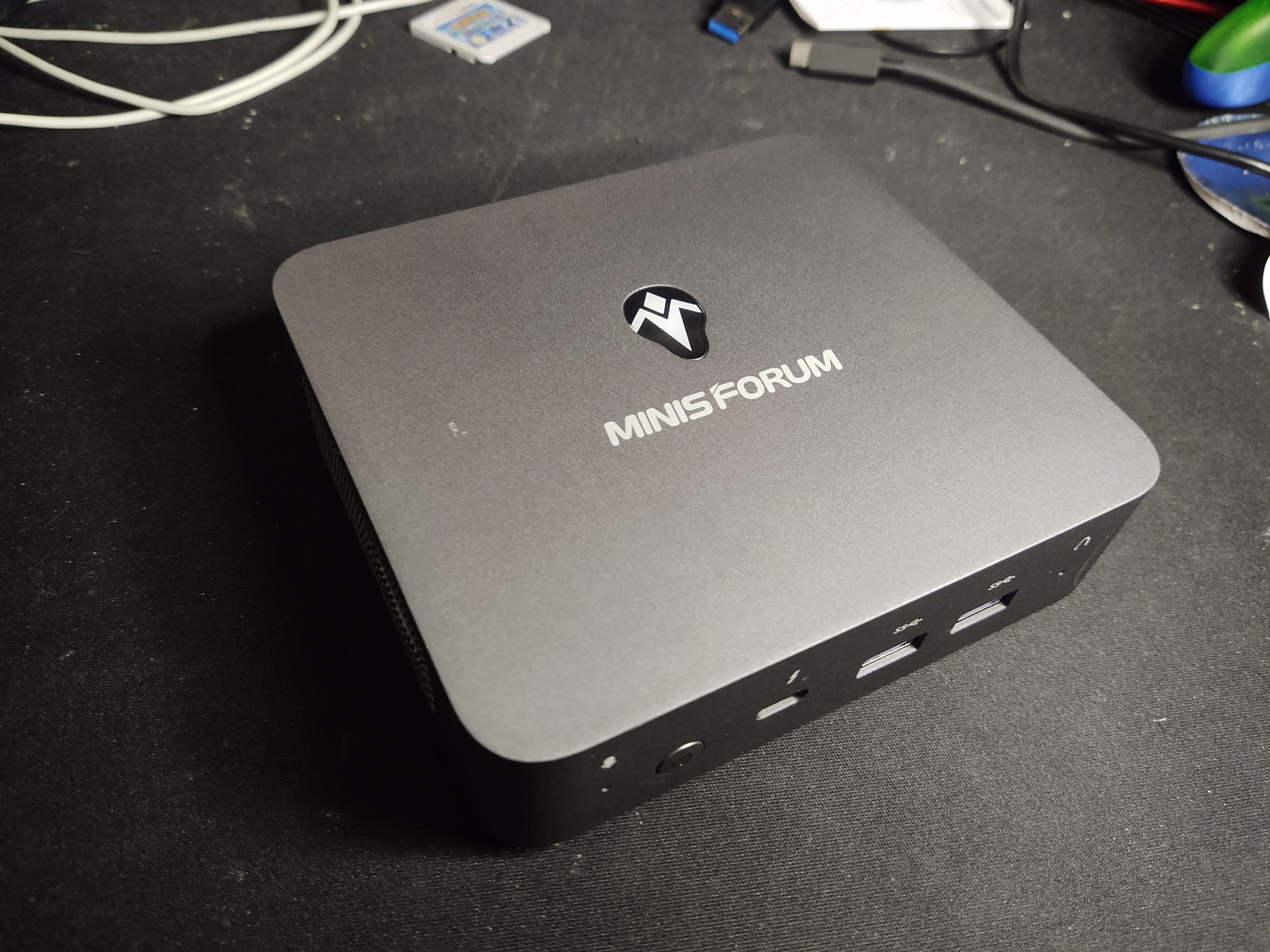 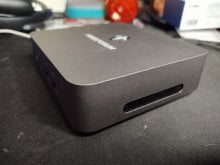 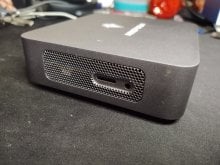 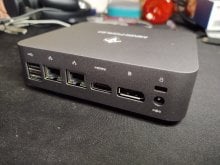 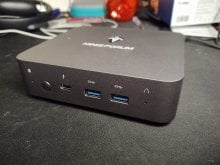 On paper, what excited me most was the storage expansion options, and the sheer number of ports. To start with the storage, this little box has the capacity to house not one, but three storage devices: two M2, and one 2.5 inch SATA. The small caveat here is that the second M2 port is only capable of supporting M2 SATA SSDs, in oppose to the superior NVMe drives. It’s not a huge deal, but it’s something to be aware of to avoid buying something that flat out won’t work with the PC …like I ended up doing. I did manage to try out the 2.5 inch SATA port though. After unpacking the contents of the PC, you just have to plug in a small included cable, and fit the drive into grooves along the top of the case. Once you’ve done that, you just put everything back together and it works with no issues. I’ve tried a 500 GB SSD I had lying around, as well as a 2 TB HDD that I bought specifically for it, and both worked with no issues.

Looking to ports, there are frankly a lot, which is great for such a compact device. On the back you have four USB 2.0 ports, two ethernet ports, a HDMI 2.0 port, as well as a DisplayPort …port. To the side, there’s a small slot for a micro SD card, and on the front you have two USB 3.1, the power button, and the one Thunderbolt 3 port. Now it’s the last of these many slots and spots that had me particularly excited. As the owner of a Razer Core X Chroma eGPU, there was a not-so-insignificant part of me that thought it’d be hilarious to throw some hefty games at the PC Minisforum themselves marketed as a learning computer that will “prevent children from indulging in games”. Unfortunately, it just wasn’t to be. Despite my best efforts, the Thunderbolt device wasn’t detected at all. I tried reinstalling Windows 10, I tried drivers old and new, but nothing seemed to work. We’re going to have to accept what we have here for what it is, and for what it does not have; the eGPU simply wasn’t meant to be. 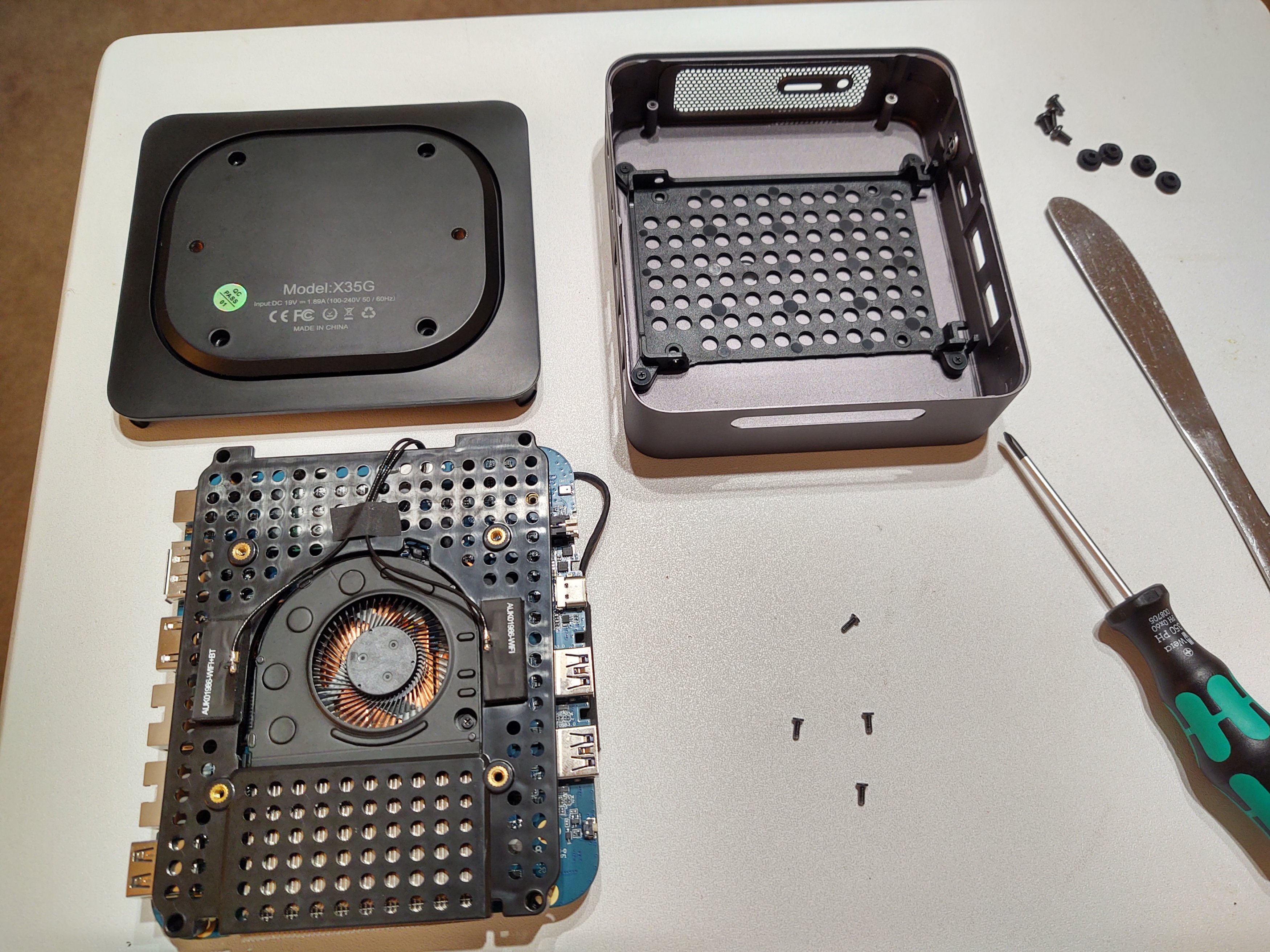 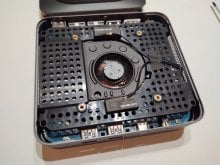 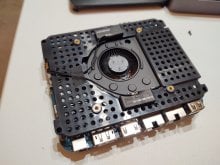 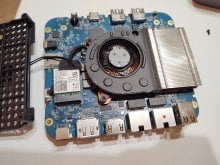 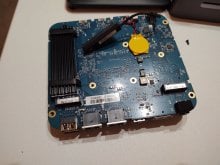 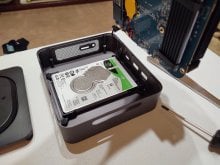 A few inside shots from when I was installing a second drive.

GPU or otherwise, I did still want to see what I could run comfortably on it. Obviously, your retro collection are a safe bet; up to N64 is all but a guarantee on any modern PC, mini or otherwise. Where things start to get a bit more interesting is when looking at the GameCube and beyond. I find myself genuinely surprised this box of wonders can handle this generation of gaming, and it handles it admirably. From my small assortment of games, I tried Smash Bros. Melee and Brawl, Xenoblade Chronicles, Zelda Wind Waker and Twilight Princess, Fire Emblem; they all ran at full speed. The only flaws I could notice were in the Smash Bros. games, where the emulation would stutter maybe once every three or four minutes for around half a second, so while I wouldn’t recommend this for the most competitive seekers of perfection among us, it really did blow me away with its capabilities considering the marketing line I’ve had fun mocking. Admittedly, you could only get this performance with the bog standard settings, with no kind of upscaling and prettification. For the beefier stuff, you’ll likely find yourself needing a discrete GPU of some sort.

Moving past emulation and onto the larger sphere of PC gaming as a whole, I once again find myself pleasantly surprised. With the Fatalis update of Monster Hunter World having recently released a few weeks ago, I’ve found myself somewhat eager to play, but haven’t had time. Setting some aside to slay two elder dragons with one bomb pod, I decided to see exactly what state I could get the game running in on the X35G. It’s magnificent.

Apologies for the off-screen quality, I didn't want to skew the performance by running anything else alongside the game.

In the video, I fight a few Barroths to get my bearings again, and take on a Kushala Daora to see if its ever-irritating whirlwinds and effects will push the game a bit too far. Don’t get me wrong, it doesn’t look fantastic, but by my standards it definitely hits the playable mark. Maintaining a relatively steady 30fps with a stutter here and there, I can confidently say it runs better than the PS4 version on a non-pro console. Jokes aside, I’ll reiterate something I said earlier: this won’t replace your gaming rig. That said, it does a good job in a pinch, and can handle less strenuous games like Stardew Valley effortlessly. Playing Monster Hunter World did go some ways in amplifying my disappointment that my eGPU wouldn't work, though this will likely not be a concern for many with how uncommon eGPUs are as a whole. While I’ve only touched on a few games when looking at what it can do, if there’s anything specific you want to see running on the X35G, be it emulated or otherwise, let me know in the comments, and I’ll try my best to make it happen.

Away from gaming, Minisforum put a lot of effort into advertising the versatility of the system. Whether you want a box to be hooked up to a projector, something to manage your security system, a mini media centre, or even a low-spec gaming hub, there’s a bit of something for everybody. With WiFi 6 support on top of its other offerings, you also have a somewhat future-proofed device, even if you don't currently have the capability to use everything available to its fullest. 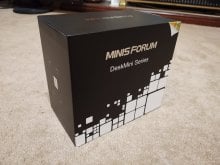 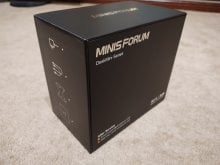 A sleek box for a sleek system.

The big question left to answer is whether it does enough to justify its price. With the PC recently going live on Indiegogo, it’s available in three varieties: a base model with no included storage, a model with a 256 GB NVMe SSD (this being what I received), and a model with an Optane SSD and a 1 TB HDD. These are currently listed at $349 (£271), $399 (£310), and $429 (£333) respectively. To me, it’s about right for what I’d be willing to pay. As a package, I don’t believe it’s so much a bargain as Minisforum asking a reasonable price given the device’s capability, design, and form factor. It’s a sturdy little box that managed to surprise me several times over, and something I genuinely recommend if you’re in the market for an all-round great mini PC setup. Minisforum have made something really quite great.

You can check out the Indiegogo campaign here: https://www.indiegogo.com/projects/the-new-core-intel-10nm-minis/

All in all, the X35G is a great all-round package. Marked at just the right price, it's a surprisingly versatile PC crammed into a tiny box, and while it remains a shame I couldn't get an eGPU to work with it, it's something I find myself wholeheartedly recommending.
Reactions: RyRyIV, Silent_Gunner, VinsCool and 1 other person
Share:
Facebook Twitter Reddit Pinterest Tumblr WhatsApp Email Share Link
bummer that eGPU isn't supported, was looking forward that :/ great review though!
Reactions: E1ite007, Scarlet, Memoir and 1 other person
i thought the minisforum was gonna be ryzen apu based

J-Machine said:
i thought the minisforum was gonna be ryzen apu based
Click to expand...

that's another model, the DMAF5
Amazing what they can fit in little boxes nowadays. Devices like the Raspberry Pi were just the icing on the cake.
Reactions: Silent_Gunner and Scarlet

@ KenniesNewName: Need a psu and Wii mote those still run $20 50 minutes ago
Chat 0