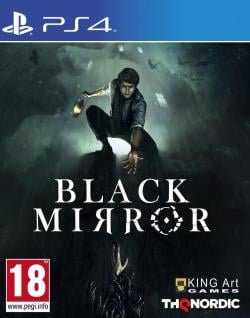 Black Mirror is a point and click adventure/horror game and a re-imagining of the original 2003 series. Arriving at Black Mirror castle, you find that there is something beyond the realm of the physical world lurking within the walls and a madness that has consumed generations of the Gordon family.

​
Welcome to Black Mirror Castle
The game starts interestingly enough; a man fleeing for his life among old ruins, strange stone structures and self immolation. Sadly, Black Mirror fails to provide anything more compelling than that. Afterwards, you control David as you explore the castle and its grounds, trying to discover the mysteries of the Gordon clan and your late father's madness. Heavily inspired by the works of Lovecraft and Poe, the story sadly lacks the horror and interest of the authors. The small cast of characters are as interesting as the story itself; not at all. Almost everyone, save for the gardener Rory, are incredibly dull and add very little to narrative. It's hard to say that the game is anticlimactic, as there is no climax at all. There is no real build up, as hard as it tries to get you invested. It just goes at the same pace from beginning to end. It's very disappointing given the Lovecraftian atmosphere they try to create (and I love Lovecraft's works), but never seem to capture the hopelessness and horror it was going for. 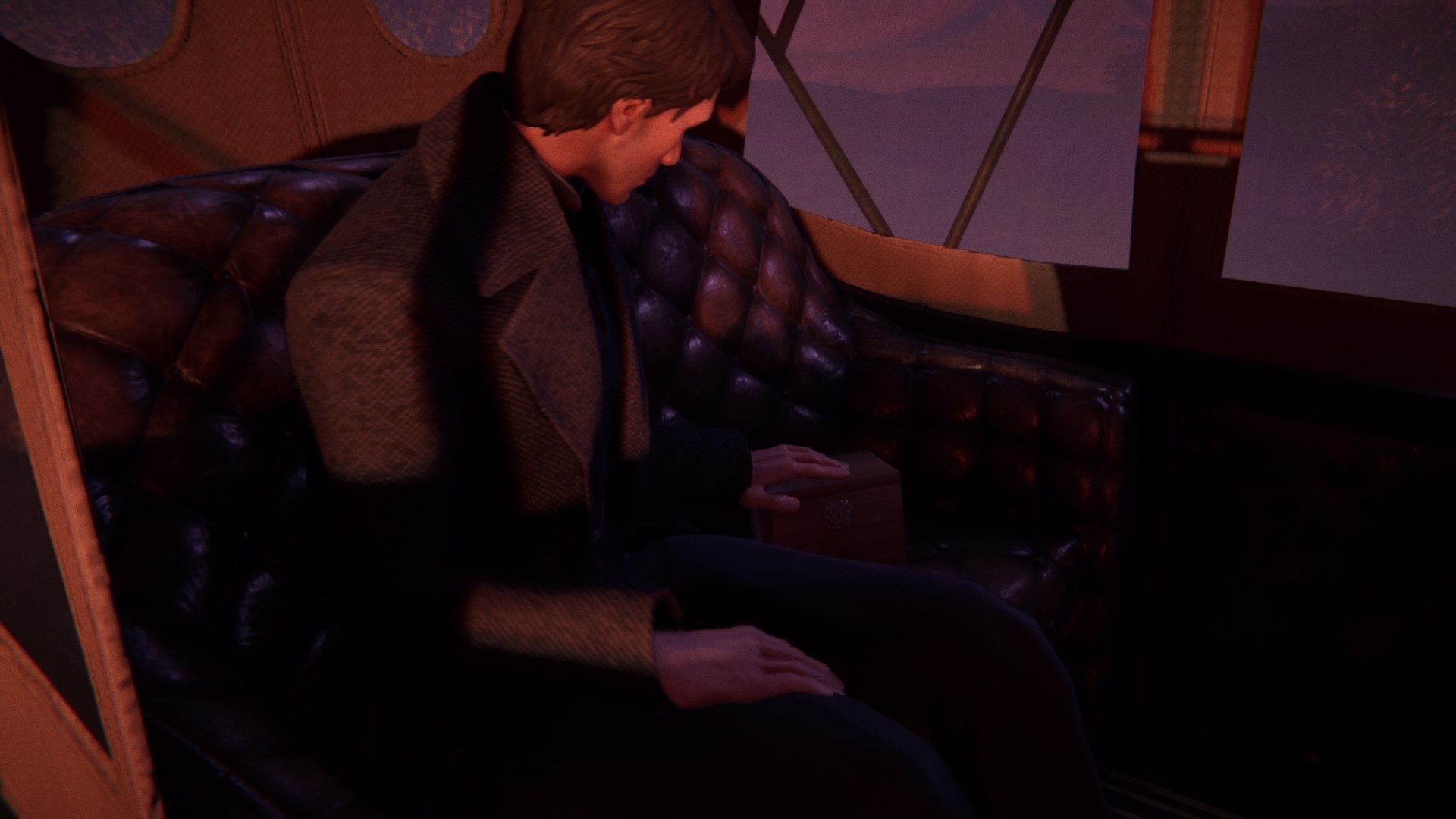 ​
As far as gameplay goes, it's simple enough. Examine points of interest, find items and speak to the flat characters to gather information. Some puzzle solving is thrown in as well, which isn't anything amazing but isn't terrible either. One of the most biggest faults in the game is the lack of direction, particularly in the beginning. Given vague objectives such as "Find out more about the little boy" but no real direction to go is frustrating beyond belief. After exploring every room multiple times, aimlessly, I finally found what I was to do. Understandably they can't give you too much as it is a mystery but a sort of inner monologue with a hint or idea of what you might be looking for would have helped greatly. There are a few quick time events of sorts, in which you have to press the corresponding button, hold it down or tap it repeatedly. As the game progresses on, David begins to suffer strange visions of past events and must piece together what they mean by examining the specters. The visions can be deadly if approached the wrong way, or you linger by them too long. These are few and far between, adding very little to break the painful slowness and general dullness of the game. Control of David is also frustrating, often times not moving in the desired direction at all, which can have some negative consequences.

Madness
From a visual standpoint, just like the story of the game, it is lacking. The best way it describe it is early last-gen. Not that it takes away from Black Mirror as there is already little there but it doesn't help either. From odd character movements and facial patterns to a weird shine on everyone's face as if they've been soaked in oil, it isn't a graphically pleasing experience. A minor annoyance was David's shuffling during dialogue. What starts as him looking at the NPC becomes him glancing at them sideways, his eyes always on the NPC in the most unnatural way possible.
Perhaps one of the only really good things about Black Mirror is the soundtrack. Rather minimal, there are a few nicely scored tracks in the game, but a decent selection of music can only do so much to add to an abysmal atmosphere and story. A few graphical hiccups plague Black Mirror as well. Textures disappearing, framerate drops and skips, gaps between the textures and some odd ghosting effect that definitely was not intended when you move, are just a few of the issues present. I will say that the castle and the areas you explore do look pretty nice and atmospheric, but again, it doesn't do much to add to the experience. 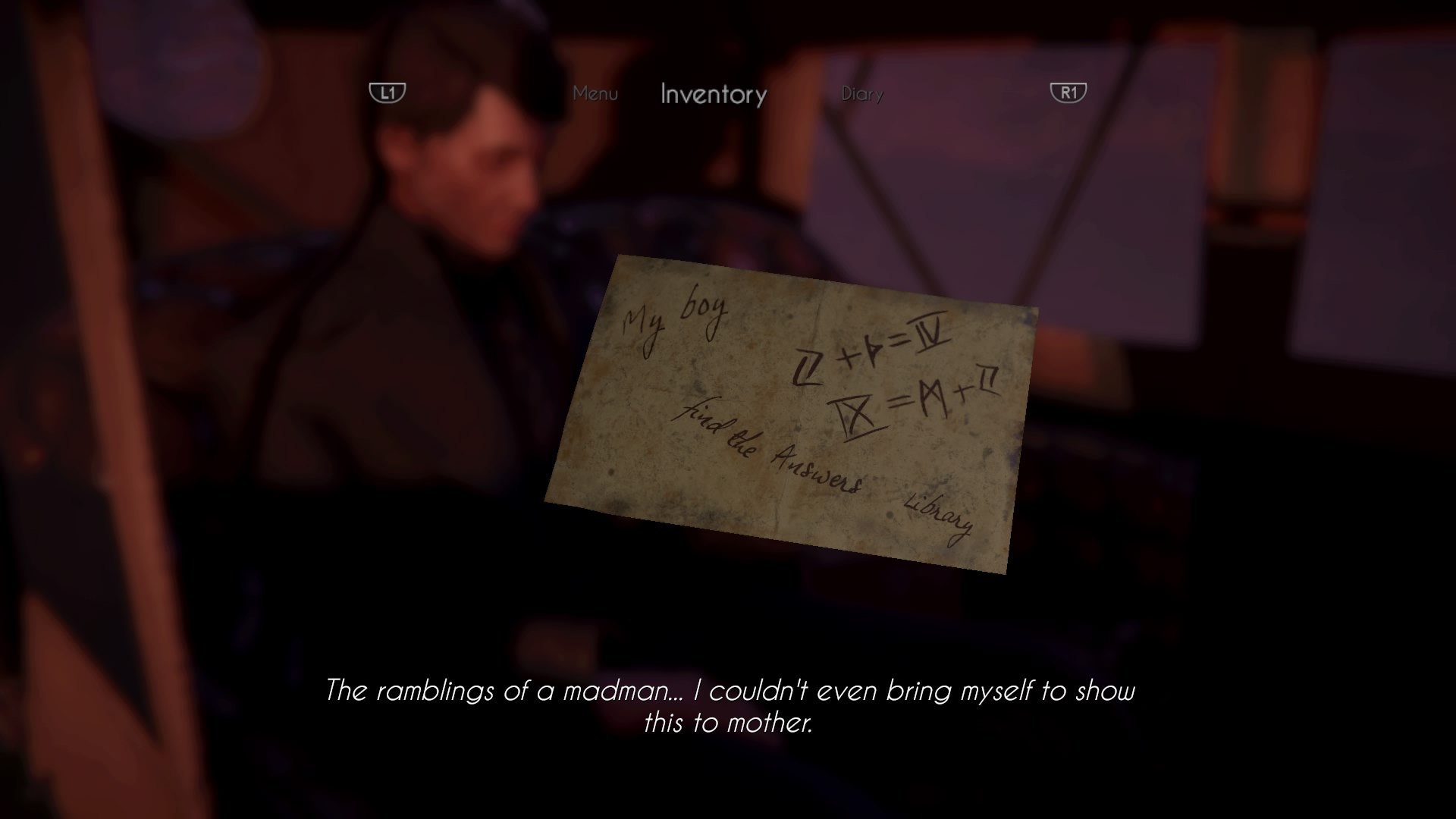 ​
On the topic of all of the issues, there are also numerous bugs in the game as well. On six separate occasions the game crashed, for no apparent reason at all. I had done nothing ridiculous, nothing to try to bug it out, but it happened all the same. The most prevalent issue was that in cut scenes in which you are talking to an NPC, after you have exhausted all topics and go to leave the conversation, the game glitches out in the most awkward way possible. Unable to move and still in the cut scene somehow, you are forced to watch the NPC stare at David, as he does in the game, begin to shuffle in a circle to his right in the slowest way possible until you reset the game and try again. This happened more times than I cared to count and was incredibly painful when I had to talk to the same person over and over until the game finally decided to let me end mine, David and the NPC's suffering by letting me walk away. Needless to say, it was horrible.

Broken Mirror
Black Mirror clocks in with under 5 1/2 hours of game, though I would wager it could be finished in much less time. Regardless of if you have played the original series or not, I cannot recommend this game at all. With sub-par graphics, a dull and uninteresting story, forgettable characters and quite a few issues present throughout, Black Mirror falls short of it's Lovecraftian inspiration. If you must play it, wait for it to go on sale.