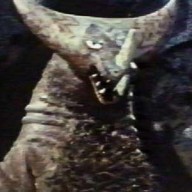 In some instances it does and in others it doesn't, either it be backups or original discs.
When it does, the menu to play the game pops up and lets me play, but sometimes it straight out decides to not work and when loading the disc the system turns off, or sometimes in the middle of playing it turns off as well.
This happened to me with Mario Kart Wii.
However it does read GC discs (originals obviously), and yet it turns off when inserting a wii disc (like I said, either backup or original).


The lens of your Wii would not it dirty ??

Is your loader up to date ??

I doubt its the disc reader, as the games work on the normal disc menu and the neogamma loader.
Yes the loader is up to date.
I'll be on the syscheck report, see what's wrong and such.

Reinstall your cios d2x correctly with this tuto ==> https://sites.google.com/site/completesg/backup-launchers/installation


Your cios must be like this and not otherwise:


If you do a new Syscheck report, you will see that the cios are installed correctly.

So a few days after I made this post, I decided to install those cios you mentioned (probably not in the order the link you sent provides), but rather I deleted the ones I had, and let pimp my wii install them instead, not sure if they are the same (well it does have the ones you recommended).
If not, will I have to install it as the link indicates?
Also, the loader cios I put in USB Loader GX is 223, as it lends me access to the 2 usb ports, must I set it to 249? (the game cios is set to 249).

Quick Update: The loader's cios were set to the new 249, I was able to play games again, the problem was now different, after 1 hour of playing, specifically Mario Kart Wii, the console shuts down again.

For your SYSCHECK report, OK.

Test with other loaders ==> CONFIGURABLE LOADER V70 or Wiiflow, and result ??

Tried CFG, its very confusing and lacks the custom server option GX has for loading disc, it also loaded only once the disc, after that it did the same thing, turned off, i'm not sure what to do...

How much remains of free blocks in the memory of the Wii (data management) ??

I will be sure to check the space, but about the disk chain and dde, i'm afraid i have no idea which...

Hacking No image after launching bootmii

@ Psionic Roshambo: Hey or you could you know discover you have a fetish fetish.... A moment ago
Chat 4