Hello everybody. I have been wondering about something with the Sky3DS. Let's say I put a Super Smash Bros. .3ds on the Sky3DS. Now I turn on the Sky3DS and I realize it needs an update. If I keep the Sky3DS set to smash bros.and go into the eshop will that smash bros. .3ds be recognized and let me download the update onto it? So basically can I update .3ds roms put onto my Sky3DS in the eshop so I can access the latest content and play online? Thanks in advance guys! I hope it was not confusing! 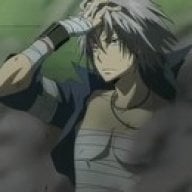 Yeah yeah, sky3ds emulates a real card, it would be as though you inserted a real card.
D

You don't need to actually own the games to download updates off the eShop, anyway.
Updates are installed as additional content that is loaded when a game that uses it is booted. The actual rom or game cartridge is never touched in the process.
A

Wow! That was really awesome! So I can't get banned for adding an update?
D

Sky3DS acts exactly as and emulates a genuine cartridge. They cannot really detect it.
They can add anti-piracy to newer games to prevent them from running on the Sky3DS, which they have started doing, in which case you just can't add that game to the Sky3DS as the template has never been updated for it (and never will be) and DiskWriter won't write the game to the Sky.

Sky3DS+ acts the same way, emulates a genuine cartridge, except it also handles the newer anti-piracy. The 3DS cannot detect that it's running a game from a Sky3DS instead of a genuine game.

The only way you could be banned from going online is if you went online without a private header on your roms.
Last edited by , Dec 27, 2015
Reactions: GD4

@ kenenthk: Seems to be working nice on mobile just a little clunky but like Costello said they got bugs to... 4 minutes ago
Chat 3