Hacking Problem with r4isdhc card and its ''soft reset'' 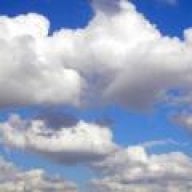 The problem i am having is the ''soft reset'' option does not work even though it is turned on in the settings. I think its missing something because when i try to reset a game the screen just goes white and it cannot reset.

The cheats also don't work which again makes me wonder that some other file is missing.

The card is r4isdhc.com ( white dual core) and the kernel being used in the card is the latest one in the website which is wood 1.62.

The cards previous older outdated kernels had no problem with the soft reset and cheats however with this new one it just doesn't work.

I compared the files found in the ''rpg'' folder and it seems the new kernel is missing 2 previous files the older kernels had which are '' extinfo ( vcd file)'', and '' infolib ( also vcd file)''. Instead it just has '' mixinfo ( vcd file).

The problem is present 3 other cards which seem to run the exact same ''cracked'' wood kernels and firmware update patches and probably manufacturer by the same company. The cards are r4i3d.com, r4isdhc.com, and r4i-gold.com. All these cards with these websites have the current problem that have been patched for the 6.2.0-12 update.

Running an older kernel is no longer an option for these cards because the new patches lock the cards into only using the latest kernels supplied by the website , other outdated kernels will not work.

Also something i should mention is whoever used the unofficial patch for 6.0 supplied by that chinese team posted a couple of months ago should know that you CANNOT update using the official teams new patch. Well you can update the cards but all you will be able to do is look at the menu because everything else gets stuck.

Now before anyone mentions ''don't use or buy cheap cards'' i will just mention i have just about every single card that i have ever heard of including the higher end ones like supercarddstwo and r4igold ( r4ids.cn).

In the settings r4isdhc.com ( dual core white) , when you go to the section that has ''patches'' it has an option to turn on in game reset which i have on. However 2 other options are missing that were present in the older kernels which are the reset keys and homebrew reset option too.

Anyone know a solution to the problem i discussed?