Now that I have had a day to play around with my new downgraded N3DS's units I have noticed something and was wondering if it is just me.

Both O3DS when powering off when booted in a game or system menu take like 4-5 seconds for complete power down. N3DS - takes like 19 seconds.

The point at which you make your game selection to when you can launch the title under 9.2 for both systems is SLOWER then 4.5, but on N3DS it is allot slower. For example to select a 2 gigabyte game to when you can actually launch it, on the N3DS it takes like 13 seconds longer than on the old 3DS.

When in games, the difference is not noticeable from what I can see.

In the "hacked" state, is the N3DS running at a decreased clock state or something? Compared to an O3DS?
Last edited by crimpshrine, Jan 6, 2016 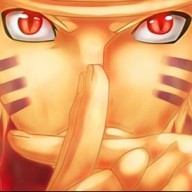 it all depends how much stuff you installed, and especially which speed your SD card can provide (ESPECIALLY in EmuNAND).
The new 3ds clocks down if he run a only old 3ds software, like for example pokemon x/y or mario 3d land. 804mhz down to 284mhz and 2MB less L2 cache. In home menu however n3ds use his maximum clock/l2 cache.

BTW there is a plugin for ntr cfw out, which allows to force n3ds speed, so many games run more smoothly with it.
D

Are you using emunand? Because the speed is drastically affected by the SD Card.

I was using a Panasonic UHS1 16GB card and noticed it would take about 6-8 seconds to "power down" my O3DS. Was always like that, accepted that as the norm.

I replaced the card with a Lexar UHS1 32GB 300x -- literally cloned the partitions and transferred them over. I notice the system literally powers off in <2 seconds (nearly instantaneous). Everything also feels more zippy (load faster, all icons on the home screen appear suddenly rather then load in batches). In my case, slowness was purely based on the card itself and now what I had installed (since cloning the card brought over all the stuff I had setup prior).

The card speeds are pretty much on spec to eachother. So it is also not a case of the faster card, but rather the better card for a 3DS. I figured since all the 3DS systems I've seen ship with a Lexar, it might be a card type with best compatibility with the system. I've use the SanDisk ExtremePro before, as well, and it was supposed to be faster than the 3 of the cards, but performed only on-par with the Panasonic. That's why I assumed that the speed I was getting "is the norm"
Last edited by ddurdle, Jan 6, 2016