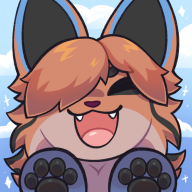 I didn't have an 0603 SMD resistor on hand, so I just stuck a through-hole resistor on the pads. Seems to work fine. If you need the user manual for the P2 controller, search FCC ID 2AMTQFBC342P2 for user manual. It's paired the same way as the P1 controller, which is holding A and up and turning the power on, then continue holding them until the LED blinks, then plugging the Blast stick in.
Last edited by cyanic, Jun 27, 2020
Reactions: SableO
S

Any idea how I can do this for the Pong paddles?