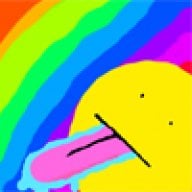 I just found a wad labeled Legend of Zelda Majora's Mask, and i got curious so I installed it. To my surprise, it works fine - now IIRC, people were trying to hack it and there were a bunch of fakes and none of them worked, so is this hacked or has it been officially released by nintendo on the shop channel?

Yeah it was released by Nintendo in Europe last Friday. The other WADS before were injected.
D

The game was released in other regions by Nintendo. People replaced the PAL rom with a NTSC one so it will work on NTSC consoles. I assume Nintendo will release it in USA soon enough.

Yes, it is legit and it works.