Hacking How do I manually scrub a GameCube game?

I've been on a mad binge getting every Gamecube game I can for the last few weeks. That and Xbox/DC/Saturn as well, but those are doing fine so far. I've been using a console program called gcm to scrub the images before compression. It works most of the time. That's the problem.

So far I've hit a few games that it crashes on;

I'm sure the list will grow as I gain more of the total list. What I want to know is, how do I manually scrub the images? I tried another program called GC-Tool but it has a high chance of corrupting the game files. I don't want to trim the games because I want to preserve audio streaming. Any advice would be much appreciated. 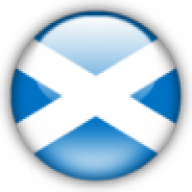 Kayot said:
What I want to know is, how do I manually scrub the images? I tried another program called GC-Tool but it has a high chance of corrupting the game files. I don't want to trim the games because I want to preserve audio streaming. Any advice would be much appreciated.
Click to expand...

To create a scrubbed ISO, load your original ISO, then just save it to a "full size ISO". If you store these on an NTFS drive it uses sparse files to save on drive space, so there's no need to compress (rar/zip) them afterwards.

If you enable the option to save the backup fst.bin and boot.bin, you can also use trimmed ISOs and later, the backup will be used to regenerate the full scrubbed ISO if you want to burn it to disc.

BTW, trimmed ISO and the "compression" are the same thing.

I'm using 7zip for compression. I'm planning on releasing my whole console games collection as a massive torrent down the road, so only sparcing it would be useless. That and my Raid 0 has issues with sparce files. While I like the idea of saving the fst.bin and boot.bin and trimming the iso, I have to keep in mind that the end user probably wont understand the directions for untrimming. I didn't know till just now. Of course I'll trim the games that work trimmed when using them myself.

The Gamecube Iso Tool works great. I'm now scrubbing the games in my first post. It's saving a ton of space. Bonus points for having a command line interface.

To Krestent, I've used that program before and it works well for my sisters Wii because they have the older drive. When I got my black Wii I couldn't use the games myself and trimming is for now, not an option. Thank you for re-listing the program. It's useful for a lot of things and people that search and find this topic would be grateful. For those who don't know, it makes multigame discs for DVD's so that the whole disc isn't wasted with one 1.4GB game.

oh, not that kind of scrubbing

J
How do I load Cheats using Nintendont?

Nintendo Wii Sep 11, 2022
JuanBaNaNa
J
S
Homebrew How do I setup my Gamecube Controller as player 1 for nintendont(Wii homebrew)?

Hacking How Do I Set Breakpoints on Xbox 360 Games?

N
How do I use gamecube controller with wii games on vWii?

K
Hacking how do i add Wii games to a usb drive?

@ AncientBoi: My childhood was fun then. Sad when his family moved tho 10 minutes ago
Chat 2