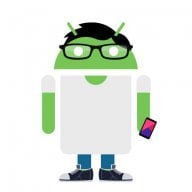 Hello,
I have a Wii 4.0u.
I wanted to update it to 4.3e because I live in Israel (PAL, not NTSC).
So I used DopMii to do that and now I have 4.3e.
The problem is when I go to the Wii settings, it says it connect to a certain address , something with US in it.
I searched on Google, and found out it has something to do with my Wii's region isn't being right and I need it to be 4.3u. But this doesn't make sense since I am in Israel. Even DopMii suggested to download the Europe version. Am I doing something wrong?
Thanks

O
Hacking Why does my wii have a blackscreen after the health warning, after trying to install custom wad channels ?