I took days browsing, and did not find what is wrong with my Wii.

I bought it on 09'jan, and performed a Nintendo update (probably Oct23), by with I assume I am 3.4.
But I bought a modded Wii (I still dont know if it was soft or hard).
So, even after the update, the whole stuff was still working... BackupCh, Homebrew, etc.

I started to experience some problems with games like for instance COD3/SMG, exactly as described in this page.

For SMG, the problem is on column BackupLoader 0.1, which makes me think this is the one my Wii came with.
For COD3, i assume that i have something between BL0.1 and BL0.3b. It hangs.

First of all, i tryed for weeks to run DVDx. No success.
Then I found DVDx3.4... no success at all... till yesterday. Somehow it worked. And is really working inside mplayer-ce.

I downloaded it, and tryed with cIOS... returncode = -1.
This is issue #1.
I was adviced that if it fails, I will need to downgrade my Wii. But those advices were from december'08. We are now 3 months ahead.

In fact, I dont know exactly what that cIOS will do.

Then I tryed to run 0.3g directly, and it detects IOS249.
Rebooted with hooks, no need to press A, DiskChannel, COD3 ... and I started jumping ... and fail.
Something went wrong. It says a failure happened, and I need to eject the disc and poweroff wii and read users manual :-P
This is issue #2.

Well, directly from 0.3g, thru HBC, the game loads correctly, but behaves the same as loaded by my BackupChannel (which I really dont know what version it is...).
This is issue #3. If I have IOS249 and 0.3g, why things are not working?

A friend of mine asked: "if you have D2CKey, why do you use BackupChannel?". I assume, then, that I dont have this mod, and my Wii is only softmodded. Am I correct?

Well, my point is that I am stucked.
I have been searching internet for past days, and did not find a scene like mine.
All the steps I try to follow, or fail, or do not apply... and even this way, my system is working.

That same friend, an experienced Wii user, told me at the end of the chat: "Well, you have a problem. Try GBAtemp".

I assume that my problem is not too trivial then.

Hope someone can help me.

Thanks in advance for your time.
Kind regards 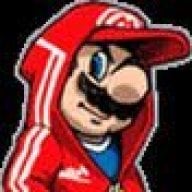 Install System Menu version 3.2.
If it asks to install a shop channel, press no.
If it asks about system hacks, choose no.

Use the cios installer from this zip file.
The cioscorp shouldn't be needed.
http://www.mediafire.com/download.php?kytznmyygjh

Now you should be able to use the Backup Loader 0.3 Gamma correctly.
You can now also install Preloader easily, if you want to.
Gamma is fine but the Preloader will let you boot games from the system menu.

It looks like you bought a softmodded Wii.
If it doesn't boot games from the disk channel, it probably is softmodded without the Preloader. (Or other software to allow disk channel game booting.)
J

Ok. I read everything you posted, and read details of AnyRegion, and Preloader.
Pretty awesome pieces of software, and a way to solve my problem very different from the path I was following.
I assume that on 3.4, or it will never work, or I will have to wait for a while...

Before doing this, please, a few questions:
- Does it matter if I have 3.3 or 3.4 before downgrading it to 3.2? Will it be piece of cake/transparent in any case?
- Should I consider install Preloader first? Or it runs only on 3.2? The possibility of bricking that thing really scares me.
- I read that SD performance was trully increased on 3.3/3.4, and I think it is still really slow (i use FTPWii to transfer files). That downgrade will affect all my IOSs reverting them to 3.2? Or its a partial downgrade?
- What will happen to my cIOS files? They will be erased by AnyRegion and reinstalled by cIOS pack, like a pitstop, and everything I have installed now will continue to work as nothing had happened? Wiiwares, HBC and stuff? Will they still be there and working?

Guess thats it.
Thanks for the quick and precise answer.

I already downloaded the software and have plans to run them tomorrow.

Googling around, seems that is related to IOS249.
Is it safe to delete it? (i still dont even know if I can uninstall it...)

Don't uninstall IOS249. You need it to downgrade.
J

I wrote a bunch of things, to explain my current state.
When trying to get the IOSs that failed thru IOS Downgrader, my surprise.
The 5 ones remaining just installed fine. HOORRA!
Was just a matter of trying and trying over again. I read about that on other posts. Just INSIST.
Of course, the first one got errorcode -1, and now seems obvious that if this fail, since there is a order, the next ones will fail because this one does not completed.

I read a lot about them...
Some say one is better, some say the other one rules.

After this decision, with cIOS Installer and Gamma.wad I will be done.

What I expect:
- Can recovery from a brick (semi/full?)
- Launch Games directly thru DiscChannel (this is optional)

Which one is the right choice?
J

Ok. Lets admit i WILL succeed.
Then, Starfall/Preloader are a very different topic.
I will continue reading that on other posts.

About what happened here, thank all you for your help.