An idea about game settings ive had for a while. 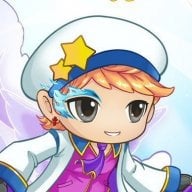 Its something low spec game people have had before.

Your pc apparently isnt up to spec to play the latest games but yet your less powerful nintendo switch can run them at 30 fps. OR you have a computer capable enough to play the game on low settings and its around the specs of a xbox one or ps4 and yet it cant play it on the settings the xbox or ps4 is optomized for.

When i had a VEGA 8 IGPU with a ryzen 5 2500u laptop with around 8gb of ram i wondered why i was getting bad frames in games that ran fine on the switch. Thankfully ive upgraded now so that im not suffering in pain when playing any game on my pc.

But it made me think.
if my switch can play these games better then my pc which has better specs then the switch and some games actually do run better on my pc then my switch why doesnt my pc work as well?
Then i learned that games are optomized for the hardware.
But why wouldnt those optimzations be avaliable as an option on pc?
Sure there is things the switch takes advantage of that my pc doesnt but if those little peices and parts were removed and then put on the pc versions wouldnt they work fine?
I feel like video settings should have some more customizeability. Like instead of selecting preset levels you can drag a slider to select it and have indecators of low-ultra or something along those lines.
And perhaps a setting to give you the omptimzations for consoles like the switch or the xbox.

Games that could really benefit from this are games like apex legends which is apparently going to run at 30 fps on the switch.
Yet on more capable hardware it barely hits 20.
You really have to wonder why something like this hasnt been made a standard yet allowing people to put on the same optimzations as consoles.

Something like that could really get more people to get into gaming and have gaming pcs capeable of running newer games that get ported to switch and can run normally on better hardware.

Im sure there would have to be changes made like i said removing certain features that the switch or other consoles can only take advantage of. But if this became a feature in new releases of games i think it could really help lower spec games in the long run.
Reactions: Julie_Pilgrim

A) There are "setting sliders" in basically every PC game sans maybe some that run on anything or indie games that are poorly made. You always get "Low, Medium, High" settings on basically everything, as well as occasionally ultra, and a lot of games are starting to implement little tool tips that tell you the performance impact on certain settings so even noobs can fine-tune their settings to get good performance out of games. And if you really want to increase performance, there are various tutorials and Youtubers out there like LowSpecGamer who will provide guides on how to get modern games running on lower end hardware.

B) You can't have "console optimized" settings because consoles use different hardware than PC. Sure, the PS4 and Xbox One/PS5 and Sexbox use x86-based hardware which is the same as your PC, but there are a ton of huge differences between that and any standard PC. For example, consoles only use one singular set of components, which means devs can take their code and optimize it to take complete advantage of that singular set of hardware components. On PC, however, this just can't happen. There are hundreds of different PC components out there that have different performance, support (or don't support) different instruction sets, have access to X Y or Z features that can boost performance (like, say, Hyperthreading/SMT), and it's simply impossible to achieve the same kind of intricate optimization that you can with a console that just has one CPU and one GPU and one set of RAM etc etc. And that's not even getting into the software side of things, either, because you also have to take into account OS overheard, driver support, if there's any conflicting software running on the users PC etc etc which consoles don't have to deal with. Sure, PC components may all be the same in a general sense (CPUs are x86, GPUs support standards like OpenGL/Vulkan/DirectX) but it's not remotely possible to simply "optimize" a game with so many different configurations of hardware available and in use.

C) You can't get "Switch optimization" on a PC because the Switch uses a completely different kind of hardware than standard PCs, it's based on an ARM SoC whereas PCs use x86 architecture. It's like asking a car maker to take a gasoline engine and make it run on diesel with the same performance and better gas mileage. It just doesn't work that way.


I don't think you quite understand the actual difference between the hardware in a console and in a PC, it's not as simple as "well just optimize it!" as you think it is. If developers had to hyper optimize games for PCs as they could with consoles, we'd never see a PC port because it'd take forever (and would probably be impossible).
Reactions: Mama Looigi and Julie_Pilgrim

General Gaming Aug 21, 2021
LeSphinx
L
A
Hacking Question about the state of my 3ds