Log in Register
Menu
Install the app
You are using an out of date browser. It may not display this or other websites correctly.
You should upgrade or use an alternative browser.
User Review Android Updated 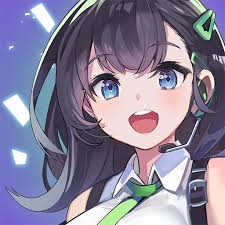 So about every week i check my appstore for new games to play under the for you section. This game called heroballz showed up and i decided to download it. Now parodon the weird name of the game but it is REALLY good. Honestly the best a idle game could be and part of it worries me. The tutorial is easy enough and so is the game its a idle sidescrolling shooter with basically gacha mechanics however pretty much everything, is free. completely free. You earn coins to level up your heroes which you get from merging novices. Once you merge enough novices you get a tier 10 or the possibility of a expert. I absolutely loved this game and im still playing it and i think its really worth playing if you are into gacha games (not those weird animations on youtube gacha is like hero collecting stuff)
HeroBallZ is a game about merging novices to create heroes. There is 3 tiers of heroes R SR SSR. SSR is the most powerful. Your main objective in the game is to last the longest and climb up the leaderboards. As you climb up the leaderboards you will receive more than generous rewards. Gathering up to millions of coins and gems. in my first day, I was stacked out with full SR heroes and 3k gems and somewhere closed to a million coins. of course in this game coins go fast. also gems arent really the premium currency. thats diamonds which can buy the top of the top items in the game. As you level up you unlock more things like weekly challenges and i recently unlocked missions which is the sending 2 heroes out to gather things feature of this game. My concern is that they make all of this stuff for free. they even have a thing where if a AD cant load it just gives you the reward and that may affect the longevity of the game.
For the main part of the review, ill go into detail on a lot of things the good and the bad. Probably my favorite part of this game is that its simple to learn and simple to master. In my first week of playing ive already been around 80% of players on the leaderboard. You get rewards like coins and gems after a certain period of time. Now for the meat and potatoes of the game. the idle merging aspect. You have this tool called the hero ball on your screen which you tap to get heroes out then double-tap the heroes that come out to combine them. if you get 2 levels 10 novices that don't take long to do you can combine them to get your first hero. Each hero does different things and has different stats. Different fire patterns different HP different damage. As you fill out your hero slots you get from leveling up you can then place them in good spots for fighting off enemies. The game also around every 30 seconds delivers a box to you which you can open for free rewards no ads involved. Did I mention there are no forced ads? Yeah, ads won't pop up in your face every 20 seconds or ever. The only place ads are is in the shop to obtain some rewards and ads range from legit 5 seconds to 30 seconds. If you play every day you are granted a free SSR hero after around a week or 2 of playing. Not only are there daily rewards or check-in rewards but there are rewards given to you each day in the mail from developers. Also with the promise of almost weekly updates this week they added an alphabet system beat 9 bosses and collect the letters to get free rewards. As the game progresses it gets pretty hard so you need to evolve your heroes and buff their stats. Evolving heroes majorly increases their stats and sometimes even can change their firing patterns and attack speed. You can upgrade your commander to give you some boosts and they intended to add more than just the first one sora but currently, there aren't any others. The Academy is a place where you can upgrade the all-around stats of the game like offline rewards chance of double combining. There are tons of new things being added like new events right now its the Lolipop festival. The music in this game is absolutely amazing! I think even one of them may have been made by Camilla? But I should talk about the cons because there definitely are some cons to this game. First A lot of the stuff is really grindy and repetitive I know I said that a tier 10 novice is easy to get because it is but it can feel tedious after long play sessions and this game can also itself feel tedious after play sessions. Because really not a whole lot changes throughout the game at all. unless you are willing to sacrifice progress you have made to go back to the beginning and start over but keeping your levels at which in at a certain level you can change the location and I'm guessing you get better rewards? I'm not sure. For that academy the stuff you need to get only sometimes drops from enemies and you need alot of it to upgrade stuff. The artifact feature which can buff characters which requires certain coins will never guarantee you get what you need if you have an SSR hero and try for an SSR artifact you will probably only get a SR artifact. Also in-game sometimes enemies come from behind you and can wipe out novices or some heroes. For some reason there is 2 different invite rewards sections one for gems and one for other items the gems one is the only one put on your screen. you have to find the other one. Leveling up becomes pretty tedious overtime aswell. Other then that there isnt much bad about this game it truly is awesome.

What I Liked ...
What I Didn't Like ...
7
Gameplay
The gameplay is pretty fun but at times it can become so very tedious and boring. of course a break is pretty much all you need to have fun again typically i pick it up once spend around 30 minutes to a hour on it and leave it for the rest of the day. But again its tedious.
9
Presentation
Everything looks well enough nothing that would make your eyes water the graphics are simple and the gui is simple. However, the music really takes the cake for presentation the music is great! some of the best for a mobile game.
10
Lasting Appeal
There is enough to do in this game that it will last you quite a while from gathering heroes to boosting stats to gathering artifacts and completing events and finally climbing up leaderboards for better rewards there is plenty to do in this game.
9.3
out of 10

For this game the positives for sure outweigh the negatives in every department. Sure its a gacha game but it really is fun and has something to do for everyone! I 100% recommend if you like mobile games and gacha games that you try HeroBallZ despite its poor name choice.
Share:
Facebook Twitter Reddit Pinterest Tumblr WhatsApp Email Share Link