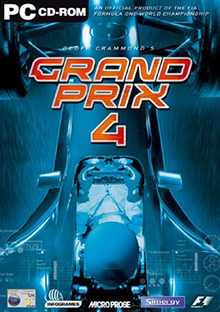 Actual,I love this Game more then ever. The Modding Community has released many Season Packages and Track Packages from my personal favorite Formula 1 Times - the 80´s and the 90´s. (But there are many more...)
Old,but Gold.

The fourth Part of the "Grand Prix" Series was unfortunately a "disaster" when it was released.
Time Pressure against Sony´s Formula 1 Series on the PSX and PlayStation 2 (Official License) but a more bigger Threat Electronic Arts "F1 2002" for PC caused an "earlier" Release (thanks to Infogram) than the EA Product.

But as Bonus we got - many Bugs....A later released "third Party" Patch helps a little.

So we have an Game with the official Tracks,Cars and Drivers from 2001.
(But not all "official" Billboards and Advertising)
The Tracks were measured by GPS and reproduced in great Detail.Also the Cars are very detailed and authentic.

You can choose a complete Season or a Race.You can change near everything (Drivers Names,Qualifying/Race Length,Driving Aids,mechanical and technical Failures,Car Setup......)
The Car and Handling is very Realistic,the Crashes sometimes a little "exaggerated but also understated".But that depends also on the Level you drive.

The Tracks are very realistic and wide,but when Schumacher comes,you maybe always run out of Trackspace.....
Speaking of Schumacher - the Drivers on the higher Levels are very hard (but also can make Mistakes when under Pressure) and there comes again -> the Crashes sometimes a little "exaggerated but also understated".
The Cars have often the "Passion" about getting stuck in each other and "flying" in the Air.Not sooo realistic but.....

Under "normal" Driving it makes really Fun and is absolute Challenging.Simply drive,change Gears,brake,steer......no Comparison to the "computer" Cars/DRS Crap and unfair CPU Drivers in F1 2019.....
To Chase the Ferrari with the mighty BMW powered Williams,Round and Round and finally a Chance to pass,yes.....yes...pass....be aware of the next Straight......
Maybe you can "feel" it this Game is pure Racing Fun.

And more with the many Season Modification and Tools.
The Community is still active.The last Modification is from Season 2019.

On the Release there was no Internet Multiplayer (due to Licensing Restrictions).
For today it is possible,unfortunately I never tried/played it,so I can not review it too.

An near finished XBox Version was finally canceled in 2002. 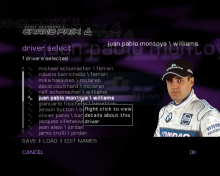 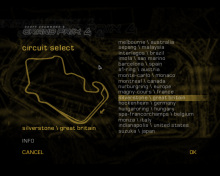 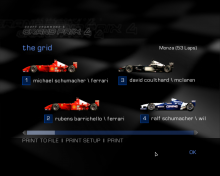 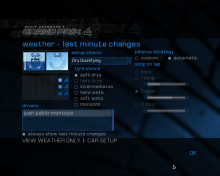 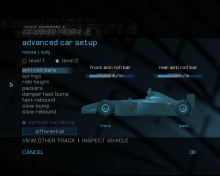 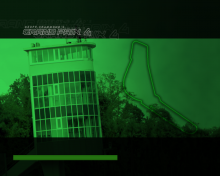 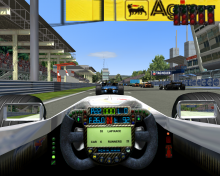 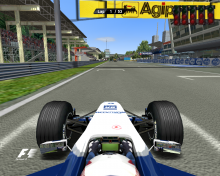 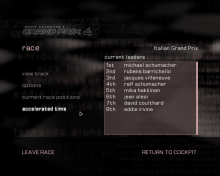 ​
A little Background to the Mods:

There are Season Packages (Drivers/Cars and many Features) in a special Format (mostly CSM) and Track Packages (TUP Format) which can be installed very easy with the ZaZ Tools (Car Set and Track Set Manager).With this Tool you have also many Options for the Mod like Driver Select/Camera Tweak/On Screen Display and so on).You can choose the matching Trackpack or make an own one (you can drive in 1988 on the 1997 Track of Monza for Example).

There exist some complete Packages like the 1990 HD Mod.This is an complete Grand Prix 4 Installation with integrated Modifications and Tracks.
Download - extract (no Installation needed) - play.

These Modifications in total includes the Rules from every Year - Fuel Stops,different Qualifying Modes,Point Systems.....
The Developers managed even DRS and such "newer" Stuff in the newer Mods. 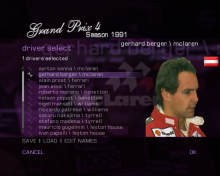 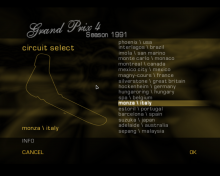 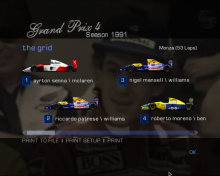 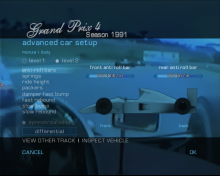 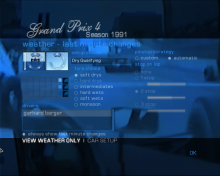 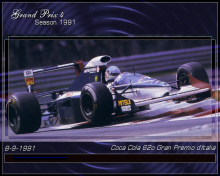 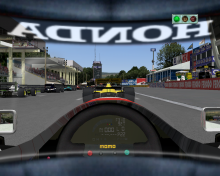 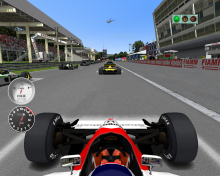 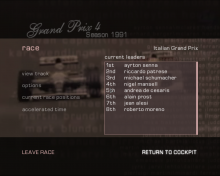