Arc System Works is back at it again with another lovingly-crafted 2D fighter. How did the gacha world of Granblue Fantasy translate into a fighter?

The mobile game Granblue Fantasy is not technically released in the west, though it is entirely playable in English to those who enjoy sideloading apps onto their phone, or faking their device's app store page. In Japan, however, the series is quite popular, having long since achieved over 20 million unique players. With an anime adaptation available and a high-profile RPG on the way, it might seem a little odd that the west’s first official introduction to Granblue Fantasy is through a fighting game, but with Arc System Works behind the development of Granblue Fantasy Versus, one can’t help but be assured that regardless of the IP, the game is almost certain to be a sight to behold, a joy to play, and is likely already scheduled for time slots in multiple upcoming fighting tournaments.

On a personal level, I tend to find myself extremely excited about the release of any licensed 2D fighter. And fortunately, it’s almost always the aforementioned Arc System Works that handles said licensed games, from Persona 4 Arena, to Dragon Ball FighterZ. I’ll play them religiously for about two to three days, and then I’ll realize that I’m not much of a fan of 2D fighters--I just like the franchises and the beautiful sprite artwork that the developer tends to use. So when Granblue Fantasy Versus was announced, headed west via my favorite publisher, and featuring characters from a series I’d always had a slight interest in, I found myself hyped for the game, despite knowing that my own enjoyment would be short-lived. 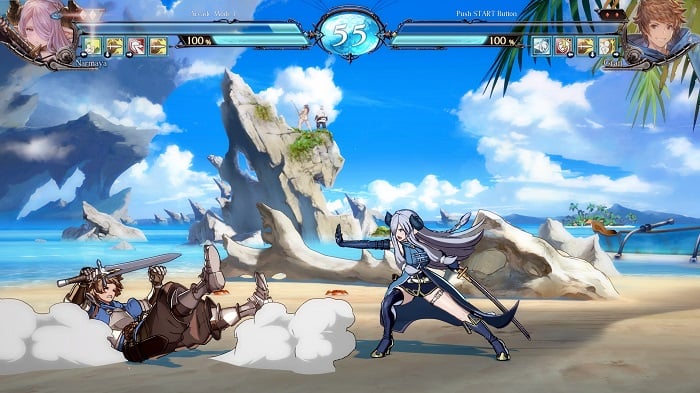 If you've ever played a 2D fighting game, you're likely to feel perfectly at home with Granblue Fantasy Versus. Everything is as you would expect, with the game feeling like an anime version of Street Fighter, at first glance. Once you actually dig into the finer details of combat, though, you'll things that Arc Sys has tried to implement to make GFV more unique than its contemporaries. Each of the four face buttons are assigned to different attacks: light, medium, heavy, and one that differs based on your character. Much like every fighting game, you can chain those together to create combos after you've caught your opponent off-guard.

The moves of each character feel weighty, which is incredibly important for a fighter: you want to feel those attacks connect, want to be certain that every single movement you make is being registered, yet you want your character to be agile and move nimbly across the battlefield while not feeling too floaty. GFV handles all these aspects with aplomb. Not to mention, the visuals are on point, the hitboxes feel fair and precise, and the audio design offers detailed sound effects for the clanks of armor or the slices of different weapons hitting your enemy. It’s a satisfying game to play and behold.

Where things start to differ from the norm is in the accessibility of controls. Instead of giving the player autocombos that they can fall back on, like other games tend to, GFV actually tries something different. You can manually use all your quarter-circles and other such familiar inputs, but if you’re less technical, you can just press RB and a direction on the d-pad in order to execute all sorts of different "special" attacks. It makes all the confusing to memorize combos of each character easy to pull off, but in exchange, those moves will have a bit of a cooldown on them. To contrast, manual input users don't have as long of a cooldown after each of their moves, to reward them for more technical play. It lets newbies get their feet wet and help them to use flashier attacks by using a familiar control scheme, while not inundating them with complex combos. But, it keeps the game balanced by encouraging you to do the full commands for more experienced attack chains, with less of a wait between each move's use. 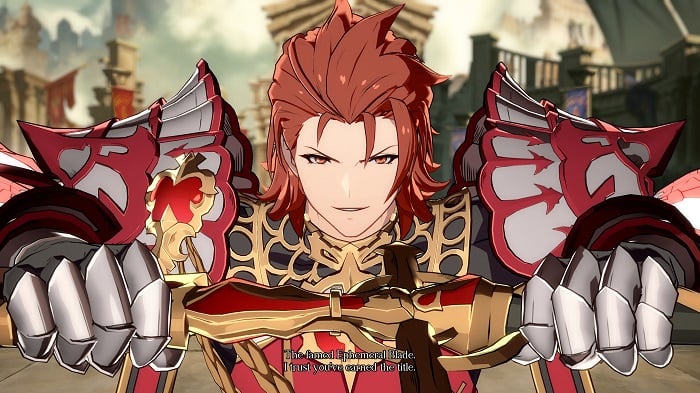 Granblue Fantasy Versus doesn't have many stumbling blocks, but one thing that did feel noticeably lacking was the roster. The game shipped with 11 different characters to choose from, which might seem minuscule, when compared to other fighting games that feature far more characters to choose from. That isn't to say that GFV doesn't have a varied cast between those 11 fighters, but the cast does seem relatively small when compared to its contemporaries. Both fortunately and unfortunately, there are plenty more characters on the way, though they're paid DLC.

In a world where fighting game releases--even ones made specifically by Arc System Works itself--are plentiful, Granblue Fantasy Versus still serves a perfect variety of niches. Fans of the Japanese mobile game will be overjoyed to finally get the chance to play a console game featuring their favorite waifus, fighting game pros will be enthralled with learning frame-perfect data and all the new moves for yet another lovingly-crafted technical game, and even those wary of more intricate "anime fighters" might find something for themselves thanks to the easier, more forgiving gameplay systems. 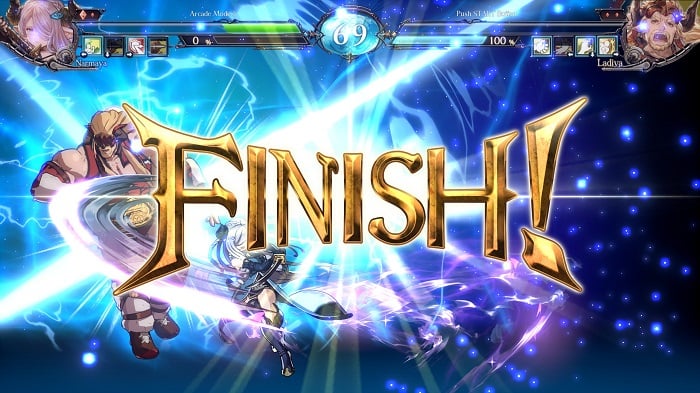