Atelier Lulua: The Scion of Arland is the twentieth main game in the Atelier series and the fourth installment in the increasingly inaccurately titled “Arland Trilogy.” But does this latest entry deserve to wrap up the legacy of the 8-year-old fan favorite trilogy? Let’s find out!

​
Atelier Lulua: The Scion of Arland has a lot to live up simply due to the circumstances surrounding its existence. This is the twentieth main game in the Atelier series that started with Atelier Marie: The Alchemist of Salburg back in 1997.

For those unfamiliar with Atelier games; there are generally two to three games in a “series”. Each series takes place in a universe separate from the others, so while the plot of each game within a single Atelier series is loosely related to the other games in that series; there is little to no connection between games in different series. In this way, it is easy for newcomers to jump into the start of a “series” without feeling the need to play catch-up with a ton of titles. To date there are 5 series: the Salburg Trilogy; the Gramnad Series; the Iris Trilogy; the Mana Series; the Arland Trilogy; the Dust Trilogy; and the Mysterious Trilogy.

The Mysterious Trilogy was the first Atelier series to be released on the Playstation 4 with Atelier Sophie: The Alchemist of the Mysterious Book and wrapped up last year with Atelier Lydie and Suelle: The Alchemists of the Mysterious Paintings (the latter also being the first in the series to be available on the Nintendo Switch). As a result, everyone expected the twentieth title to be a new starting point for the series. Surprisingly though, it was announced that the newest game would instead be the fourth game in the Arland Trilogy, a trilogy considered by many to be the best of the games.

While the first main Atelier game for the Nintendo Switch was the last of the Mysterious Trilogy, this game will be the first encounter with the series for many Switch users. Truly, this game has a lot to prove. At the time of writing this review I’ve put dozens of hours in the game and gotten to Chapter 8 of the 11 Chapters and I can safely say that this is a standard Atelier game that does not ruin the series; but it also does not raise the bar in any significant way. 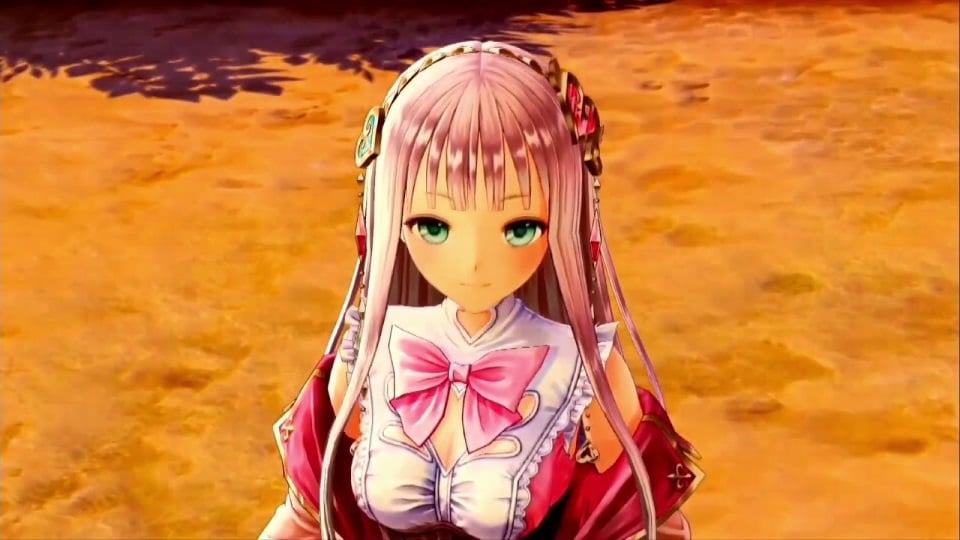 As stated, as the fourth entry in the Arland series, Atelier Lulua bring us back to the world of Arland for the first time in about 8 years. However, this game still works as an entry point to the series because it takes place many years after the events of the previous games and the plot of this game is self-contained, despite the numerous references to the characters and events of the other adventures in Arland. The main character Elmerulia (Lulua for short) is the daughter of Rorona, the main character of Atelier Rorona, the first entry in the Arland series.

As is tradition in Atelier titles, the main character is a young girl trying to make her way as an alchemist. Lulua’s desire to succeed her successful mother is one of the driving forces behind her quest that sees her leave the safety of her hometown for the first time. While the Mysterious saga, and especially Firis and Lydie and Suella, largely did away with the high world-shattering stakes of the young alchemists’ adventures, the plot of Atelier Lulua brought back that intensity. That said, the story is about as complex as any other Atelier game (not very). The game is meant to be easygoing and the focus is less on the plot and more on the gameplay that has only undergone modest changes over the past couple of years. 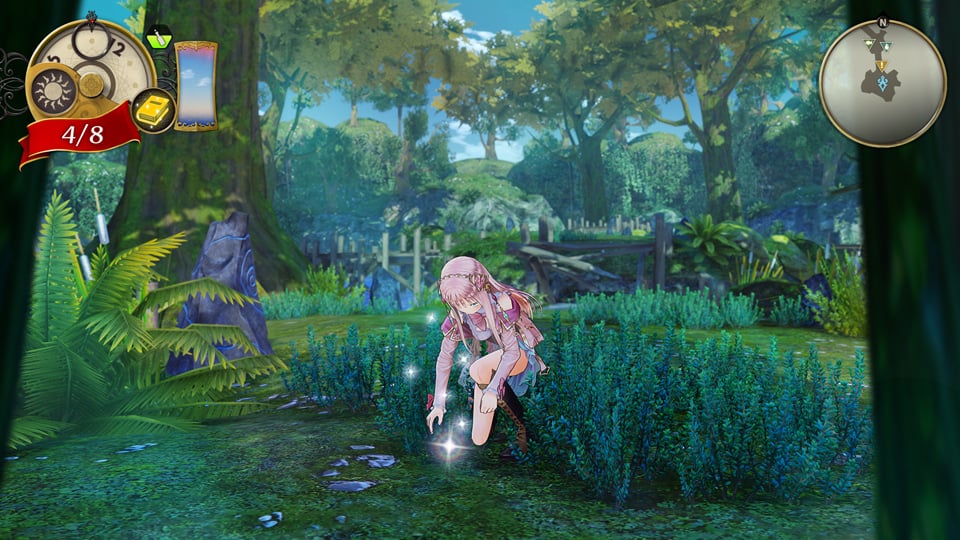 ​
What even IS this game?

Well, for those unfamiliar with the Atelier series (including those who unfairly brush it off as weeby looking trash as I did before giving it a shot and falling in love with it back in early 2016), the series set the standard for item crafting RPGs. In each game, the main alchemist goes around the world collecting materials to combine them into new items. All the while making new friends, fighting enemies, fulfilling quests, and getting more experience as both an alchemist and a fighter. Being one of the main selling points of the series, each game’s crafting system is rich and, while each is slightly different, they are all interesting and (most importantly) fun to use. The crafting system in Atelier Lulua is no different.

Atelier Lulua’s crafting system does away with the puzzle elements that were introduced in the latter games, instead reverting to the system used in the Arland series where the focus is on combining items with special attributes to create new items with new attributes. While it’s hard to explain the crafting system to new players, all that needs to be said is that the basics are simple and easy to understand and it’s super fun to play around to become a master at alchemy.

However, it’s not all about synthesis. After all, you gotta get those ingredients from somewhere! That’s where the JRPG elements come in. Throughout the game you will learn more and more recipes to create more items and will have to fight your fair share of enemies along the way. The combat system is typical of a turn based RPG. You buy/craft/upgrade your weapons and armor to fight monsters with your party (several of whom veterans of the series may know) to get stronger and obtain loot. Use that loot to create better stuff. Lather, rinse, repeat.

When you’re not fighting monsters and instead exploring the environment, you can gather materials by picking flowers, mining ore, or . . . smacking trees. As you progress in the story more and more areas become available. Unfortunately, as usual each map is rather small and easily memoizable.

While I’m on the subject of nitpicks, this game—like the last one in the franchise, does not provide us with the option to switch to English voice acting. Instead, we’re stuck with the Japanese voices and English subtitles. The purported reason for this is because people generally used the Japanese voices anyway and it cost too much to dub it. And while the Japanese voice acting, at least to me as someone who speaks English, is very nice and the voices generally fit their character’s personalities, I can’t help but feel like some of the magic is lost in translation. 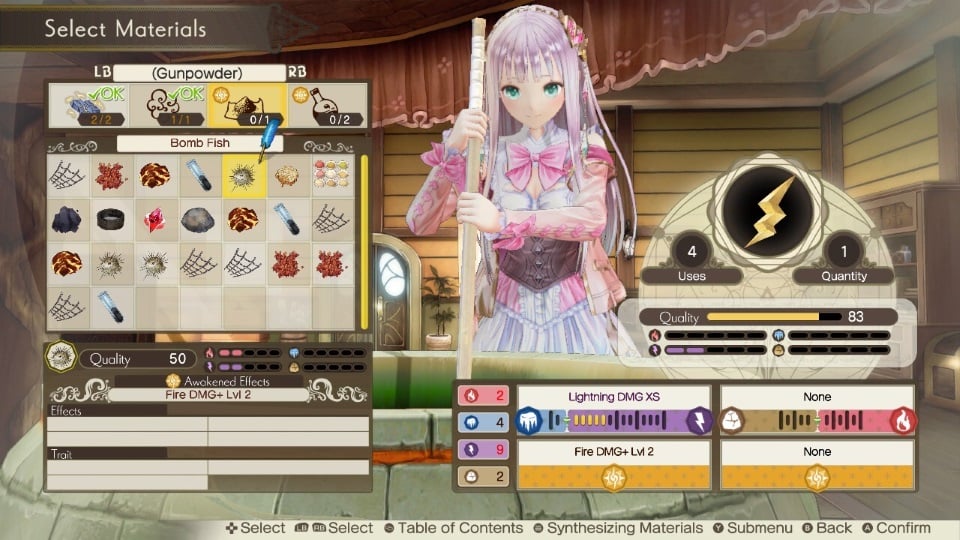 Don’t worry! No you’re not! As fellow alchemists know, the Atelier series is famous (infamous?) for imposing time limits during many of their games. This time limit encourages players to keep multiple save files and play strategically so as to not run out of time in the middle of the game. Some games have very lenient time limits (such as Atelier Ayesha) and some have very strict ones (such as Atelier Rorona, the first in the Arland series). However, some games completely lack a time limit or, in the case of Atelier Firis, combine the two approaches. Atelier Lulua, despite being the fourth installment in a series where all the games had time limits, took the approach of not having one. While this comes as a disappointment for fans wanting a true return to form, it can’t be ignored that the lack of a time limit makes for a more relaxing experience overall. 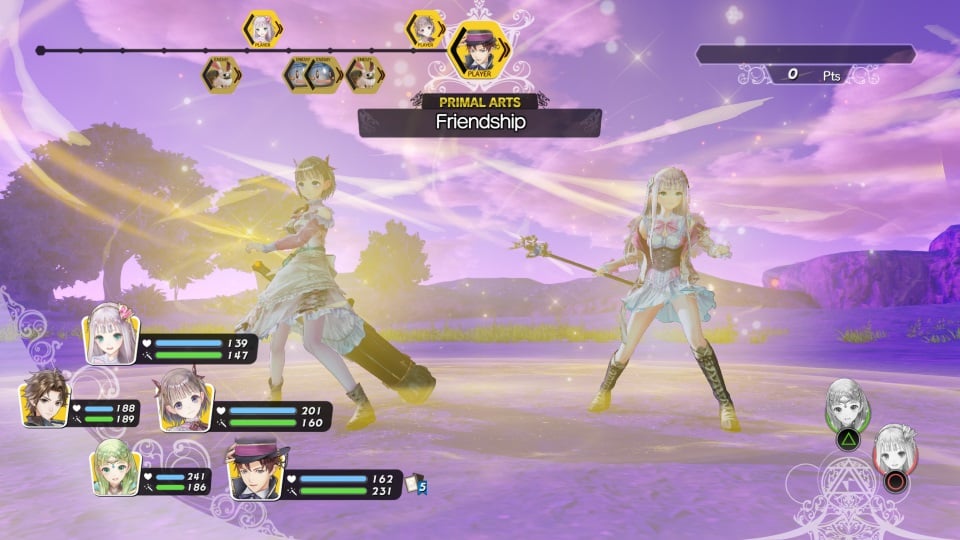