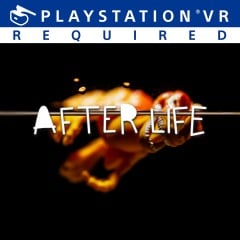 PSVR makes a superb platform for a spooky tale, or a horror story, looking forward to being scared.
Afterlife is a tale of tragedy and supernatural occurrence, but can a story told through VR really be that entertaining?

Virtual reality is a gift to the video games design industry that allows for deeper immersion, incredible experiences, and all-encompassing detail that makes you forget where you are for a moment. It's escapism on a level we could only imagine a few years ago, yet now we have it in our homes. The methods game developers use to deploy VR vary somewhat depending on what they are trying to achieve, and some developers have even opted to deliver something closer to an orchestrated series of events than a traditional game.

Afterlife sounded spooky, looked intriguing, and on paper at least it ticks a lot of boxes that I wanted to drop into and have a fun time with. From the get-go however, I realised I was in for a long, boring story with no relatable characters, on top of some stiff acting at best. I'm going to get straight to the point and admit that I didn't enjoy even a single second of this game once it had loaded up, and that shocked me—more so than any of the spooky moments. Within several minutes you know that a child, Jacob, has died while being left unattended in the bath, in what is an infuriating and entirely avoidable situation. The Doust family are clearly attempting to move forward, but something isn't quite right. With a new woman (Emma) in the house acting strange, you then learn her husband's (Ray) now-ex wife has apparently also gone missing after leaving him for another man. The police swiftly make their appearance, interrogating him on her whereabouts and ensure he doesn't try to leave their home town anytime soon. 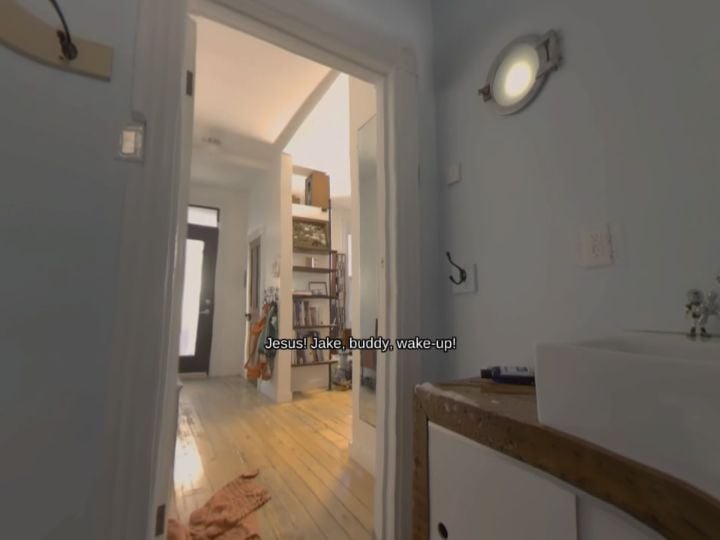 I was initially drawn into the premise of this game, more on the possible spook factor than the story, and that is possibly why I feel so let down here, and I will be brutally truthful: even the story is confusing. His son died, his wife left, some other woman is effectively now there in place of the mother, yet strangely only she feels Jacobs spirit, oh and the daughter is there too. They're all grieving in their own way, sure, but it becomes nonsensical in places for each of them to be doing the things that they're doing and acting the way they're terribly acting. One of the first interactions have you choose what the spirit is going to touch or move to prove itself to Emma. Choosing the bedside table, rather than the ball on a shelf (which predictably would fall off of its own accord), I was treated to a really badly executed and cheap feeling animation of a Lego birdhouse being built out of nothing, by the spirit of Jacob. I don't know if I am just being cynical, but if a spirit was to prove itself to the world and do something meaningful, the Lego bricks would have been moving across the table and magically building themselves into something that connected the spirit with the living. In this scene though, the Lego bricks appear out of nowhere in a strange stop-motion-esque animated sequence that left me wondering how they could fail at delivering at least a semi-realistic take on this idea. 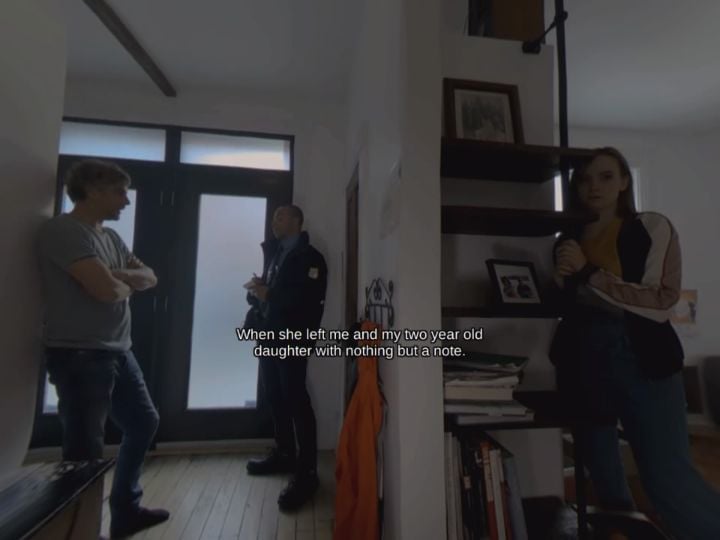 Looking at the gameplay, if you can actually call it that, you find yourself without purpose as a fly-on-the-wall to this house's goings-on with no idea what direction you need to be facing as things are happening all around. I found myself trying to listen in on one conversation while something else was going on behind me that I didn't want to miss out on, so I was spinning around frantically trying to find a good angle to appreciate everything and not miss any details. It's a mixture of confusing in actuality, but technically clever thinking on the designer's behalf to have you chose which to look at to progress the story accordingly. The issue with this is that events can trigger simultaneously and incoherently drown each other out or mess up the entire thing. I can't attribute this to directly being my fault, as surely the gameplay/game design should be intuitive and work regardless of how the player tries to figure out what to look at or how to view this thing. You also have a small PS Move controller element of interactivity within Afterlife that allows you to gaze at an item, point your controller towards it and allow an action to take place. I found this incredibly clunky; the pad direction was highly nonsensical and as a result, I was holding the Options button frequently to recalibrate the controller's orientation. If they had just used the gaze mechanic alone with a two-second timer to verify what you're looking at it would have been far more seamless, wouldn't require a controller, and would be far more logical and engaging. All of these things are what I thought the creators were aiming for. 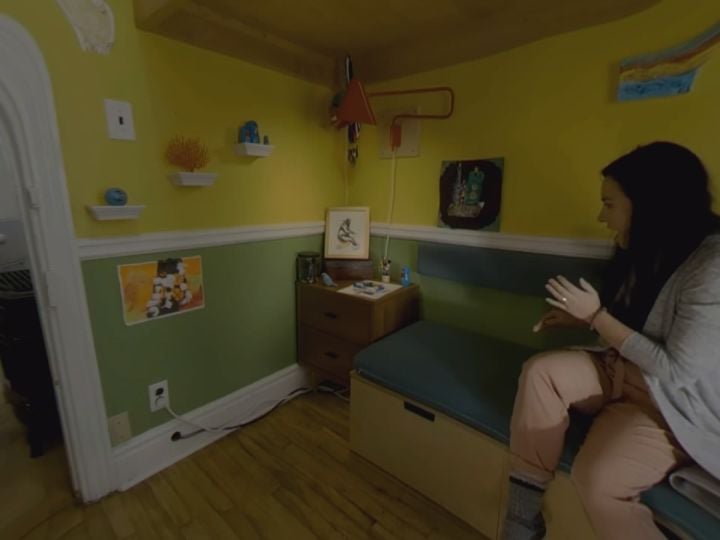 At odd points music kicked in out of nowhere and was exceptionally loud against the voice acting, making it nigh-impossible to hear what the heck was going on. Subtitles were a little bit useful there, however at other points the subtitles desynced and I was reading text around ten seconds before the actors said it, leaving me struggling to want to continue playing through. I tried, I really did, but the outcome was an experience I personally did not enjoy at any point, and cannot really recommend to anyone other than those with an ultra-curious side who enjoy independent filmography, and can put up with an oddly behaving, strangely controlling interactive movie for a few hours of their life. I often thought to myself that "something was about to happen here" as nothing had happened for a relatively long time and it felt like something spooky was due, alas nothing ever really kicked in that I wasn't ready for, no jump scares, no mystery, no easter eggs of ghostly apparitions or sounds that I wanted to investigate. The gameplay elements of this title are extremely sparse and extremely minimal, meaning you don't really feel like you're participating much, if at all, however, your gaze defines the flow of the tale told, and as a result you have the opportunity to replay Afterlife several times to discover every scene and flesh out the entire progress cluster map. I will make no bones about this, it reminds you "don't forget to play" but I won't be playing this "game" again. Ever.