Go to download
Overview History
Progress of development: - He reprogrammed much of the game. I reprogrammed the way of reproducing the sound, display graphics, and changed things in the general structure of the code. Also compiled with the latest libraries and compiler. -Do you remember the famous bar code bug that I could not settle into your day? For it is settled. Stack Overflow was to be a badly programmed because of what it was before (who once did not even know what that was). - I made two new rooms of the alternate dimension. - New interesting puzzle and some scares (suffice to say that even I, who first programmed it, jumped off the chair once caught me off guard xD.) - I have revised and rewritten much of the dialogue to improve the language in general. I also separate all text the code to a separate file so it can be easily translated into other languages. If anyone dominate like another language and want to translate Let me know by private. 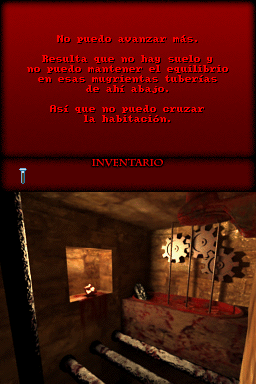