Hello again, reader! Exactly a week after my first tech musing piece, I'm back again for another one; this time looking at with what has been touted the future of transportation: electric vehicles (EVs). Well, if you consider an electric scooter as an EV, then it fits the bill. Granted, this distinction might be divisive but I'd loop any electric mode of transport as EVs following my new commute routines.

You see, last year, I relocated to a small town in another country. I live towards the periphery of the town and while walking to the centre is definitely an option, it's not the fastest means. As such, I got myself a bicycle to get around town. Having not biked for years, this felt like a pretty good change: it gets me to where I want to be within 15 minutes instead of twice that time on foot, saves me from using public transport (big yay in the times of COVID), is a good excuse to passively exercise and has the bonus of being environmentally-friendly. As I learned to love biking, I often come across fellow cyclists and whenever one of them takes over or parks their bike next to mine, I can't help but glance at what their bike looks like. Sometimes I'm envious of those fancy electric bikes that I come across as they look cool, help with those arduous slopes and can boast as being EVs themselves. Having never tried an electric bike myself, I was eyeing one but still wanted something different.

On my quest, I came across the INMOTION S1 (or LeMotion S1, depending on where you reside): a new electric scooter that promises up to 30 km/h (18.6 mph) speed and an almost low-key cyberpunk lighting effect integrated.

Having the opportunity to test drive one recently, I immediately hopped onto the EV (yes, I'm calling it an EV). I had to kickstart it with a little push as you would ride a regular scooter and once it reached around 5 km/h, I could toggle the electric motor to boost the speed and power the ride. I was a bit cautious at first but easily got the hang of it within a few minutes. The S1 offered a smooth ride and definitely helped with the slopes. The smooth ride was aided with the integrated suspension mechanisms which help with shock absorption, especially when encountering potholes. While the S1 can reach speeds of up to 30 km/h, I did not venture to go that fast during my test drive. I was comfortable to ride at around 15 km/h, which is also my average biking speed. If you're confident traveling at faster speed on such vehicles, this scooter will deliver and thankfully it has integrated breaks to help you prevent accidents (also a reason I opt to ride at a more modest speed).

The S1's sleek design also allowed me to ride on shared bike-pedestrian paths with minimal inconvenience to pedestrians; and its stylish aesthetics and distinctive EV whirr did attract some looks. What's also attractive with this EV is the integrated side-mounted LED. These sense where the scooter is inclined and can serve as an indicator. This lighting effect is what gives the InMotion S1 a low-key cyberpunk feel and I'm quite fond of this integration as it doubles on form and function.

With its integrated 675Wh lithium battery, the INMOTION S1 provided ample ride time across town and on a single charge it can deliver up to 95 km travel distance (59 miles). This makes the EV suitable for commute and its folding mechanism enables you to carry it indoors for storage whether it's at home or at work/school. The handles are also well rubberised to provide good grip and comfort for extended travels. I also appreciated the inclusion of a kickstand to prevent the scooter from toppling over. It also comes with strong front and back lights that you can easily use to ride at night.

All in all, it shows that the INMOTION S1 has been designed to be used for daily commutes and it works well at that. 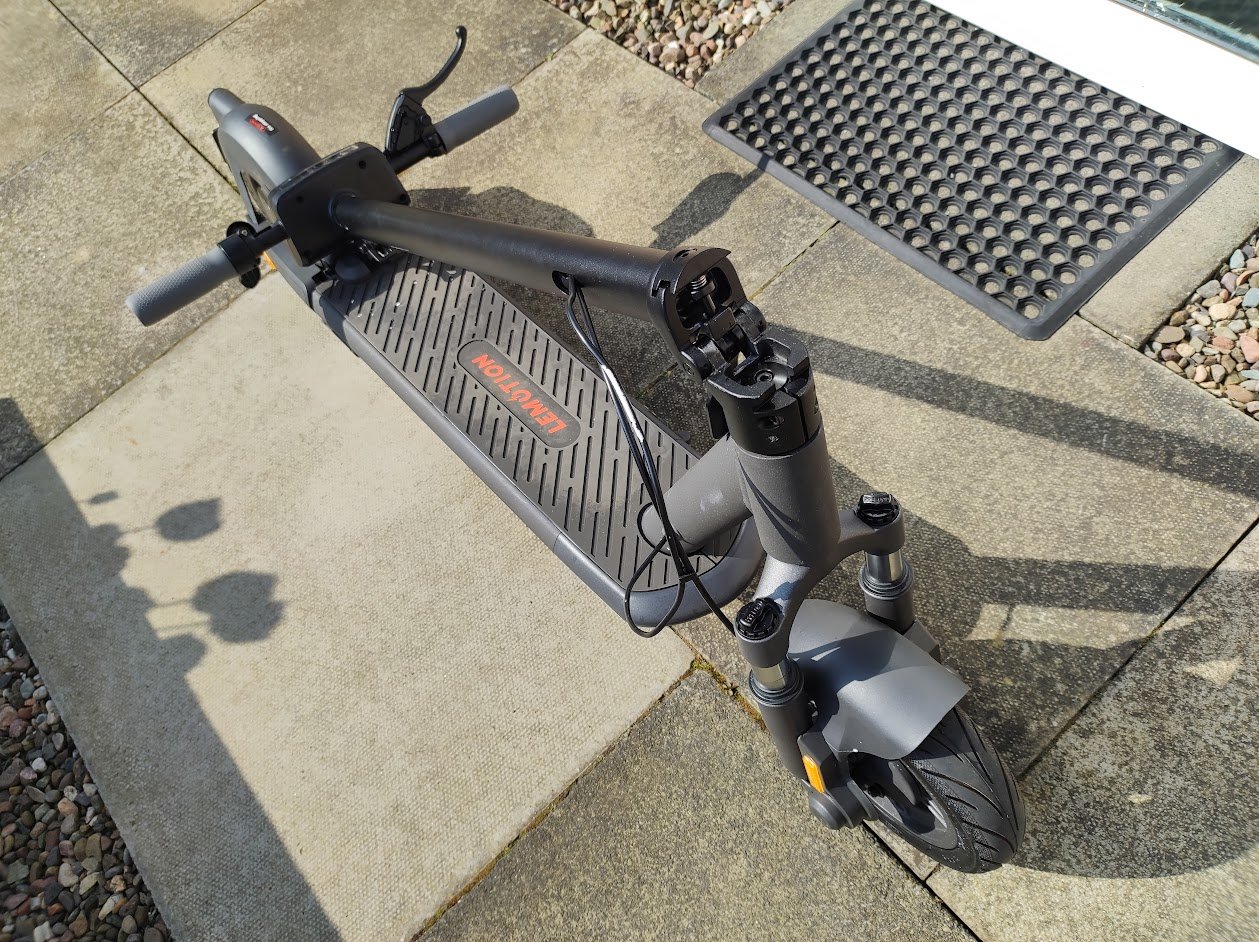 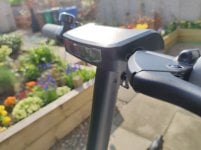 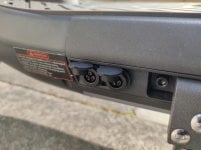 ​
And it doesn't end there as the scooter can pair up with a companion app (see, it's really like an EV after all!) that lets you see stats such as battery level, distance travelled and even lock/unlock the device. There's also a community aspect to the app where users can share their routes and pictures during their travels with their INMOTION vehicle.

There's lots of high-tech gizmo going on with the INMOTION S1 and they work well, but it is still surprising that some crucial aspects have been left out from the scooter itself. For instance, you cannot see the battery level on the device, even if it bears a screen and the battery level is a pretty crucial feature. In addition, even if this scooter boasts several riding modes, you cannot see which mode is set on the screen and you'll have to rely on the phone app to see that information. The screen itself is pretty low-tech considering the device as a whole. The screen is an LCD screen akin to those retro calculators and it would be more fitting to have a fancier or even touch screen to see more details and adjust the settings without relying on a phone app. 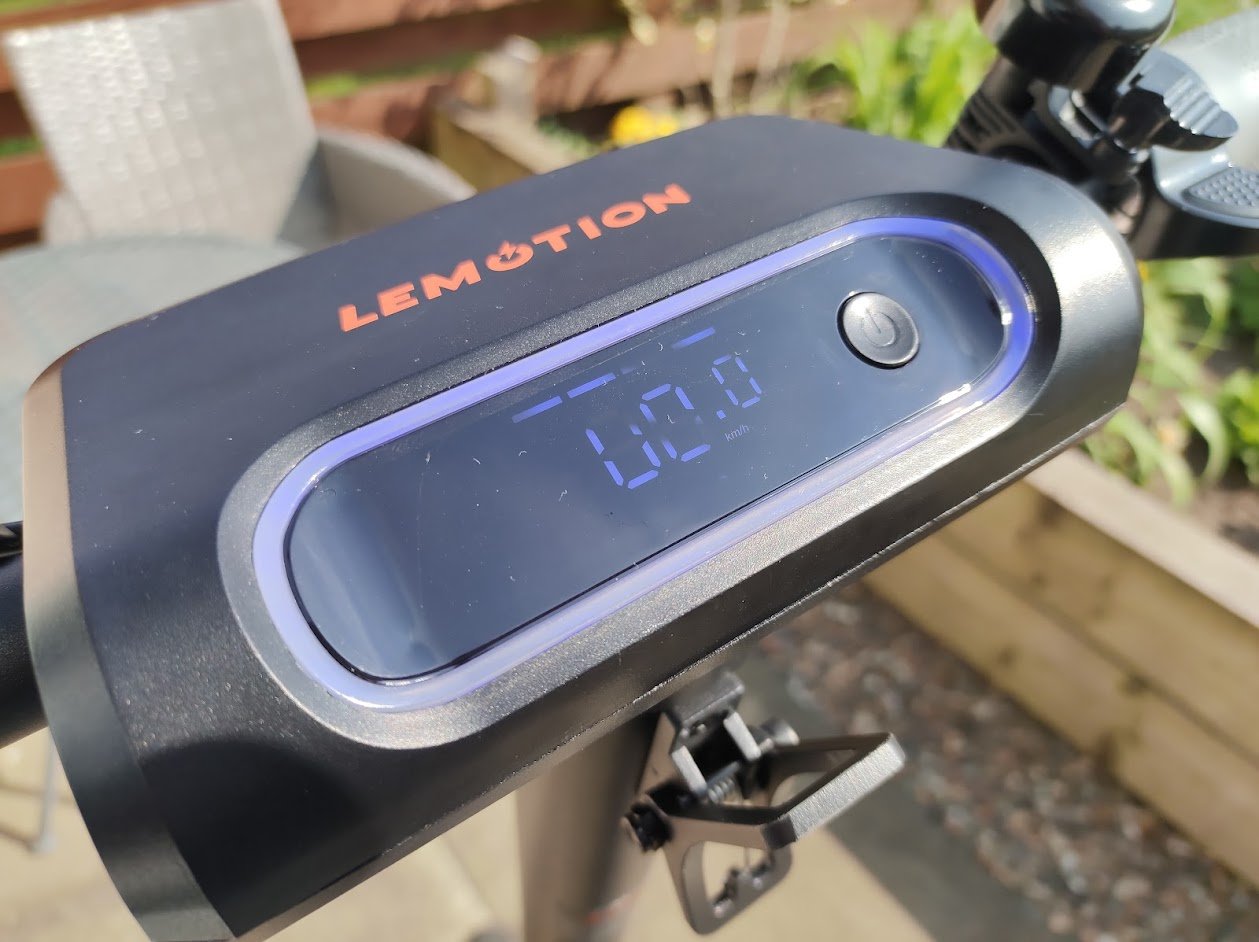 Moreover, I had some gripes with the fact that the S1's handle height cannot be adjusted. This might be standard in other electric scooters but being able to adjust the height of the handles would enable people of different heights to adopt the EV. At 24kg, it's also a significant weight, especially if you have to go up and down stairs if you need to carry it indoors.

These concerns also stem from the price point of the INMOTION S1. It goes for a $949 on the official Amazon page and might not be for anyone's budget. That's why I think bikes are timeless given their efficiency (even if electric, you can pedal and exercise, while you can't do much on an electric scooter), lightweight, accessibility and affordability I think bikes will endure in the future, as they have for centuries now.

But as an EV, the INMOTION S1 did give a general good impression. I can see the appeal for such a device, especially for city travels. I also have a personal use case for such a device as some months ago when I sprained my knee and couldn't bike and just standing on such an electric scooter could get me to places easily. But now that I can bike again, I'd opt for the bike rather than the scooter as I get to also exercise while riding it. Maybe I'll give EVs of different types another go at some point and will share my musings here!
Share:
Facebook Twitter Reddit Pinterest Tumblr WhatsApp Email Share Link

There are no comments to display.