ROM Hack how do I edit models in games 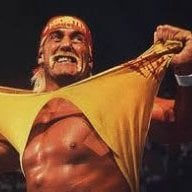 Ive seen a lot of videos where they will mod link in breath of the wild. but they arent applying textures or turning him into linkle, they mod his arm and leg size make him look weird etc. Doesn anyone know how this is done?

Two approaches, or maybe three depending upon how you want to look at things.

Hopefully your 90 year old self remembers back to school where you did things with graphs and shapes. Translation, scaling and rotation (maybe, that might have been skipped). Same thing applies to 3d shapes and many pieces of graphics hardware and software will do this. It gets a bit more complicated (see gimbal lock for a basic intro there) but still remains the same concept, indeed the same equations generally apply but your coordinates have three parts instead of the usual two.

For my money this sort of fiddling is probably easier than messing with textures.

1) You play with some cheats to fiddle with the sizes in memory. This will tend to be in the form of a cheat.

2) You play with the models in the game itself to either have a scale factor changed or scale it yourself (set an origin, which for an arm on a humanoid would likely
2a) Various things will have animations that also can scale, rotate and translate. Find the animation instead of the model and you can still do things.
This will tend to be in the form of a ROM hack, though some might pull it off with a cheat.

You then get to figure out either the hardware for the 3d in this console (it is a reasonably high level affair compared to the crazy custom worlds of the DS, PS1 and similar vintage devices) or where the models are located in the game and play with either a scale factor in that or a change the coordinates (making a 3d model like that in your head is hard, multiply everything by 2 to give quagmire arm* on the other hand is rather easier.

Afraid I have not been keeping up

*save people a search

If any of the hacks you describe have been made available for people to play with rather than being kept secret then figure out what the changes made are and then try to replicate them or put other numbers in to get really silly.

Homebrew help/question; how do i make the textures i edited for story of seasons fomt show up in game???

R
ROM Hack Question MK8 Deluxe- Why is Switch Toolbox messing up my character rigging when I save and reopen?

ROM Hack Question Story of Seasons FOMT Mod Help; Edited the Textures but It won't Show Up, How do I fix this??

Nintendo 3DS Monday at 5:17 AM
Leraixous