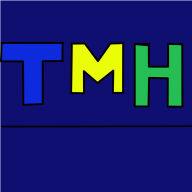 I get why villagers aren't well documented, as ConstPack.bin alone is a headache and a half to document. But someone has to do it. Dec 22, 2018