Go to download
Overview History
WarioWare Custom is basically a custom version of the WarioWare Touched! game.Read below for more information on the update.QUOTE(Release Notes)Alright guys! HUUUUUUUUUGE UPDATE! So, I'll start with the little stuff first and then move on to the really big, exciting stuff =D.So, I've added in two new games and took out that "Touch The X's" game, since it was pretty much the same thing as "Pop The Dots". The two new games are "Kick The Football", which uses the Stylus to make a slash on the touch screen to kick the football in that direction and "Build The Bridge", which has you shift around pieces of a bridge to form a larger bridge to allow a car to pass over it.In addition to these two new games, I have updated all of the other games for 3 levels of speed and 3 levels of difficulty modes. So, if you remember in the normal WarioWare games how there is varying speed and difficulty modes? Well, now they are in this one, for the 9 games that exist at least =P. Some of the difficulty modes are easier to spot than others, but every games has a shortened time limit and sped up music for the different speed changes.Finally, the last and biggest update...*drum roll*...The first multi-player mode is up and running! This is a SINGLE DS multi-player mode, which is unique in itself. You only need one DS and up to 4 players can play. You simply pass the DS around when the appropriate player comes up, sorta of similar to how the Wii WarioWare multi-player games work. It's got graphics, sound, the whole nine yards. Note, the graphics may not be up to cutting edge right now, everything that's not the title screens and menus (which have been graciously done by James Garner and Kikaimaster), was made by me in Paint. =P 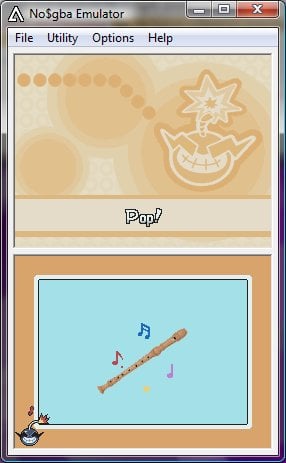