Wagic is an heroic fantasy collectible trading card game (currently available for the PSP, Windows, and Linux). In Wagic, you play as a wizard against the CPU with your army of minions. You start the game with a small collection of cards (symbolizing creatures and spells), and as you win battles against the AI, you earn credits that allow you to buy more cards and build more powerful decks. As you play, you unlock cards and new game modes, so Wagic is much more than a simple card simulation.
Wagic features several thousands of cards in the official release,but if that 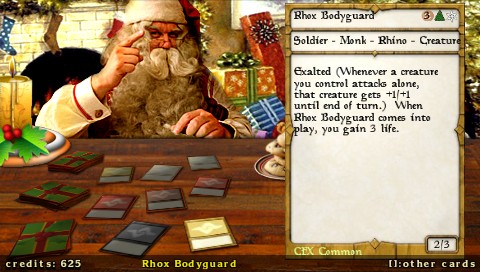 @ K3N1: I'm sure an alligator out there already has your DNA 5 minutes ago
Chat 2