Go to download
Overview History
This is a save file for Spyro 2 Ripto's Rage that has 100% completion.
This is a NTSC save and can be used with the PSN version on the PSP or PS3. This also works for converted NTSC eboots on PSP.

Directions:
Open the path on your memory stick PSP>SAVEDATA>yoursavehere
For ps3 I'm not sure how to transfer, but it should work on ps3 as well. 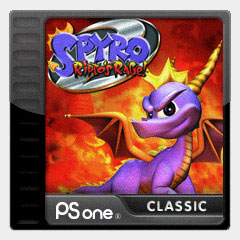