This was the first actual ROM hack I have ever made, not counting translations.

I first released it back in mid-2019 on ROMhacking.net, and despite getting a good success (not even hitting the 100 downloads mark) I felt it was too horrible due to very low effort on graphic editing and a mistake during one of Mario's hammer animation frames. Therefore, I removed the hack from download roughly 12 days later, two days after my birthday. An user would even leave a review after this happened.

Three years later, I worked back on this hack to fix all the issues the original release had and add some more graphic improvement/editing. And was it worth it! It doesn't look like a mere player sprite hack anymore now.

It’s the first ever ROM hack made by S.D.A. that is not a translation, although it is very simple. Here, the Jumpman sprite is changed to the Mario sprite from SMB1.

This was made from the simple fact that if you notice, the Jumpman and SMB1 sprites (at least the walking sprite) are really similar. Here are the only changes:

Original Jumpman sprite replaced with the SMB one (except for the climbing and death-lying sprites which were intentionally left as they are, while for when the player picks up an hammer the graphics are simply modified). Hammer powerup is now changed to the SMB1 style.

Two patches are available, one for the 1983 ROM and the other for the “Original Edition” ROM (the one with the additional “Pie Factory” level).

August 5 update: Even if this hack was a success, S.D.A. hated it and so he took it down.
Description

This hack will change Jumpman into Mario. The inspiration for this was the fact that Jumpman and Small Mario's sprites look very similar to each other when confronting them (apparently, Nintendo based the Small Mario sprite on Jumpman's when developing Super Mario Bros.).

Here's the full list of changes:
All these changes have been ported to the "Original Edition" ROM as well, which was more tedious to edit due to the graphics being repeated multiple times in the ROM. What a joy.
ROM information 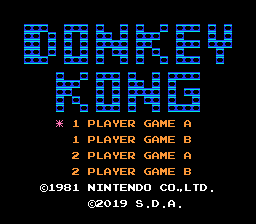 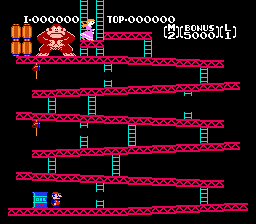 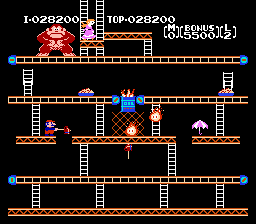 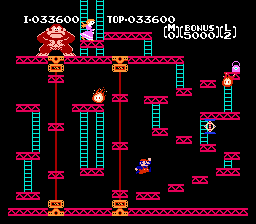 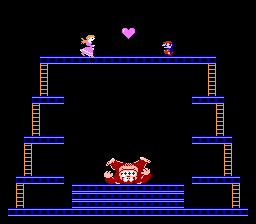