Hey guys it's me again with another question that's prolly very nooby!

Anyways let's cut to the chase (or however that's spelled). Well a while ago (before the first wiikey update! =O) i tried burning the legend of zelda collectors edition and some other games on a dvd using the make-multi program. Well most of the games worked except zelda, which got me into the menu..but when trying to actually start a game it just turned black and stayed that way....I tried starting the game in all the different modes without any succes, i tried burning the game on different speed with no succes aswell so i thought it might be that audio thing problem.

Well the wiikey update came and i was all excited to try out zelda, which i did, but sadly i had the same problem then aswell. The make-multi version i was using was not the newest one but the second newest??

Does anyone know how to get that damn game to work?

That zelda disc only runs in 60hz mode, so your television must support this.
D

QUOTE(kedest @ Jan 16 2008 said:
That zelda disc only runs in 60hz mode, so your television must support this. 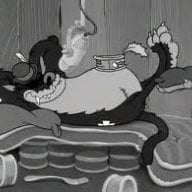 So i have a similar problem with Zelda Collectors Edition. I've got Pal wii 3.3E and Wiikey 1.9s. Downloaded the collectors edition and burnt it at various speeds on to Verbitum -R dvd's. I get to the menu and select a game and then just blank screen. My Wii is already running at 60hz setting.

Anyone had similar problem? Or know how to fix it?

K
"The Disc Drive could not be Initialized"