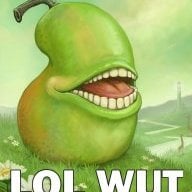 I am trying to play the ISO of the above-mentioned game on my modded (PAL) Wii through USB Loader GX.
Using component cables and an HDTV, I get the familiar black screen + working audio when trying to play LoZ. I haven't tried the rest of the games yet.

What's the verdict on how to get the game working properly? Switch to composite or are there any settings in USB Loader GX I have to change?
M

If you're not forcing Progressive Scan, it will play at 480i, maybe it's not supported by your TV?

MaeseJesus said:
If you're not forcing Progressive Scan, it will play at 480i, maybe it's not supported by your TV?
Click to expand...

The game (LoZ:CE) always plays in 480p I believe, even the PAL version.
Can I force the individual games to play at lower resolution, like 480i or 576i?
I believe the NES games use a 240p resolution, not supported over component cables or on modern TV's.
M

If it did only run at 480p most people couldn't have played it at all, because it would have required a component cable which was rare and even more in PAL regions where Progressive Scan wasn't a thing almost.

Try forcing Progressive and see if it works.

And 240p is supported by component cables, I know because I use it constantly with my Wii. TV side it's a lottery, but yeah, less and less TVs supoort it as time went on, that's why upscalers are becoming so important (beyond the improvement of picture quality).
Reactions: SaddQ

So the main menu of the collection is displayed correctly, right?
I am using Nintendont instead of the GX loader for GC games. It used to show a black screen for any of the titles within the Zelda collection (while the audio kept playing). If I remember correctly, I had to set the ideo VWidth to Auto. Otherwise all my other settings are normal (force widescreen and force progressive are turned off)

The main menu and everything except LOZ and AoL plays perfectly fine using standard game settings and the Wii set normally to 480p HDTV.
Only the NES games don't show an image on my LG tv. Instead it says "invalid format".
Fyi, I was a bit confused about 480i and 480p. The game plays in 60hZ mode regardless.

You could try starting other NES games on GC titles, perhaps in Animal Crossing or Rampage (though that could have be an 8-bit arcade version instead; not sure) and see whether the problem is the same. Then it is probably related to resolution.
M

...I've already told you to FORCE PROGRESSIVE. You keep ignoring it. Just having the console set to HDTV means absolutely nothing.

You can read about it here.

So your TV simply might not be compatible with 240p resolution. If that is the reason, trying other GC games with 240p will be useless, even if there's not many (The two NES titles here, Mega Man X Collection, and the videos of Tony Hawk 3), and if you're playing PAL versions, you'll have even less luck because if it doesn't support 240p, it's going to miss 288p, which is the PAL 50Hz equivalent of 240p 60Hz, so the NES games of Animal Crossing won't work for you regardless of region.

You could simply emulate them with homebrew, which you can play at 480 resolutions and avoid issues. Or you know, try to force Progressive...
Reactions: SaddQ

I just caved in and replaced the PAL game by its NTSC-US counterpart as even forcing 480p did not work due to the 8-bit games reverting back to a different resolution.
At least the NTSC version stays fixed at 480p and the games run like they're supposed to (right?).
At least now I can play all games on the disc flawlessly.
Last edited by SaddQ, Sep 16, 2021