Alrighty peeps, 2007 is officially over.

Post the titles YOU feel deserve the honor of being named Game of the Year!

Nintendo DS - GAME OF THE YEAR: The Legend of Zelda: The Phantom Hourglass

Playing through this one really brought back a lot of memories. I'm a huge sucker for the classic portable Zelda titles (Link's Awakening, Oracle twins) and the jump to 3D was easier than I had imagined. At first I was a bit skeptical that the semi-3D aspect/view paired with the stylus-dominated controls would ruin the portable Zelda's perfect streak. Thankfully, I was proven wrong. The stylus controls actually made for a whole new handheld Zelda experience, yet I still felt nostalgically-charged while trekking through PH's oh-so-pretty dungeons (and yay for scribbly map notes

God damn, I loved Hotel Dusk so fucking much. So much good stuff to say about it... the art, the music, the storyline, it was all so perfect. Dusk keep me reading for hours... and I loved it. This one was soooo close behind PH...

Games I Loved That Didn't Make The Cut:

Now that I think back... I didn't really spend enough time on any other platforms other than the DS to make any more informed GOTY picks... that's bad.

Gotta hand it to Zelda and Hotel dusk.

GOTY for me was Metroid Prime 3. Great controls, atmosphere and design. Runner up is Mario Galaxy.

my GOTY is definitely Metroid Prime 3, a lesson in genius.

I don't think the DS had anything amazing this year, it had some great games.. but nothing.. amazing ya know?
And personally, I think Phantom Hourglass left a bad taste.. like a bad movie, it's okay while you're going.. but once it's over you're not happy.

- Great atmosphere, I still love the gameplay and the multiplayer is just as tense as the previous versions. Great graphics, and the level designs were great.

Runner-up: The Witcher (PC): Still havent played it alot, mainly because of my CoD 4 addiction, but this is just such a nice 3rd person RPG, and I love that genre

its Zelda: PH.
Great game, kept me addicted for 2 weeks, and the multiplayer is great fun with friends.
J

NDS Pick of the Year:

Sadly, I can't think of a good game I've played this year.

Go and play this game - you'll know what I mean.
Not gimmicky with controls, graphics look very nice, and is refreshing from your typical video game :/
D

Best Game: Call of Duty 4: Modern Warfare
Singleplayer is very intense, but sadly also quite short, but im now playing the singleplayer on veteran, which is very fun because it is so hard. The multiplayer got me addicted for hours and hours, trying to get a better kill/death ratio and getting a higher lvl.

Runner up: Mass Effect.
Im not a real RPG fan but this game got me hooked up for hours and hours, only major problem of the game are the texture popups, but for me that wasn't realy a problem.

Best game: Zelda Phantom Hourglass
First zelda game i "realy" played, and i loved it, altough i think they could have made it a bit harder.

But overall this game was just plain fun.

Runner up: Hotel Dusk: Room 215
Whoa i love the story! In the beginning everything is a bit fague and all the guests in the hotel have their own secrets, but as you advance throught the game you will find yourself uncovering all t he mysteries. But sometimes you will need the help of a Faq because it is sometimes not realy clear what you are suposed to do to unlock another "event".

My pick for the PC's Game of the Year is Orange Box.

Portal, Half Life 2 and its sequels provide hours of entertainment, and the multiplayer game Team Fortress 2 provides never ending replay value. 5 kick ass games for the price of 1. What more can I say?

Nintendo DS - Ultimate Mortal Kombat 3
Felt the years rolling back as I remembered purchasing this for the Sega Saturn on release, many many moons ago.
was a big fan of this game, mainly due to my nipper who was about 4 at the time and loved all the gory stuff (Parenting 101 anyone ?). Little sod used to beat me all the time too - I've never met anyone who could mash buttons like him.

Nintendo Wii - Resident Evil 4
Never played it in it's original (?) incarnations, but thoroughly enjoyed it on the Wii. Loved the control system too.

Xbox360 - Virtua Fighter 5
OMG OMG OMG OMG OMG
What a beautiful looking game. If i have one criticism of the 360/PS3 generation, it's that too many games are simply better looking versions of games I have already played and offer nothing "new" essentially to the gaming experience. But when you have what is basically Virtua Fighter 2 with knobs, bells and whistles attatched then how can you go wrong ?

Please note that for all of my lists, they are the games that I have found the most enjoyable and fun. This is not about "Most complicated game mechanics."

Best Of PlayStation 2
Games that I have enjoyed for the PS2 this year...honestly not many. For obvious reasons, the PS2 is in it's final years and mostly mediocre ports are being released at this point. But one game for the system that stood out...

SHIN MEGAMI TENSEI: PERSONA 3
While seemingly basic at the beginning, later on it becomes pretty strategy-heavy, going into a boss battle and not using the correct mix of Persona, Weird Pokemon in your head, you will get owned in about two or three turns. While on the other hand, coming into the same fight at the same level with a good strategy and you will whoop their face in. Sure the school element gets a little repetitive, and the single dungeon is kind of bland, but it is still the Very Best the PS2 had to offer in term of Not-Ports or Multiplatform releases this year.

Best Of Nintendo DS
The DS has had a few noticeable titles this year, but this isn't even an option for me. I have spent more time on this DS game alone than any of the others combined. And it's not an exageration, my game clock ticked in at about 125 hours since it's release.

POKéMON DIAMOND/PEARL
You have to be a blind Pokémon basher or fanboy to ignore that this is one of the better RPGs on the handheld. Battling against the AI is never a challenge, that is true, but the game shines during the Multiplayer battles where strategy is key. Put together a random team, and put them against somebody who has a theme and overall plan set with theirs. Chances are good you will not only lose, but get obliterated. With all the mechanics of the game, including the many hidden systems Nintendo never intended for players to discover, you will be working on the perfect team for quite a long time. And with the Wifi Connection, now you even have more motivation to make that team!


Best Of Xbox 360
The 360 had a huge list of games to go through, although I didn't have to think real hard about what I enjoyed the most. Xbox Live play, Single Player experiences, there had to be one that stood out above all the rest.

BIOSHOCK
Yes, the game isn't complicated. Yes, it's pretty simple gameplay. But for me, exploring the world of Rapture was a great experience. This was the first video game in a very long time where I actually felt a part of the world. I straight out refused to play this game during the day, when there was any light. I loved every second of this experience, save for the constant hacking. Everybody with a 360 is obligated to give this game a run through atleast once. If you only play games for the deep gameplay mechanics, then you are a sad little panda.

Honorable Mentions: Halo 3, Call of Duty 4, Rock Band, Mass Effect.
I loved Halo 3's multiplayer, but I could never play it so long in a row and remain interested. CoD4, as pretty and absorbing as it was, at the heart all War Games play the same to me. Mass Effect would of beaten BioShock, but it's many flaws, including poor Auto Save system and it's constant loading issue held it back from letting me get sucked into it's world.


Best Of Nintendo Wii
The Wii's first year has come and gone. How has it fared? Are there even a batch of good games? Yeah, there are. The list could still be better though. The game that stands out on top is pretty damn obvious though, this is the game I have spent the most time on since I purchased my Wii on Release Day.

SUPER MARIO GALAXY
You expected anything else? The best Mario release since Super Mario 64, the amount of worlds there are and the challenges the game throws a you, this is Platforming at it's Best. The Wii Remote barely throws in any gimmicks, which for this game was for the better good. With about only three to five stars per world, you should never get bored of a planet. Many challenges to add variety, plenty of enjoyable boss battles, extremely solid controls. I'd have to be crazy to put anything else here! 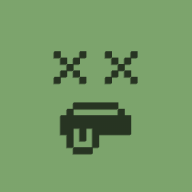 Wii: Super Mario Galaxy
My Wii had laid dormant for several months until this was finally released. Gave me a reason to play the Wii again.

PC: World of Warcraft: The Burning Crusade
I wanted to say Portal, but Portal didn't take away several months of my life. Maybe a few weeks at most before I got tired of it.
I also wanted to say Tabula Rasa, as I've been playing every day since I got it. But I've only been playing it for about a week.

PS2: God of War II
One of those game that made me stop playing everything else completely. Even stopped watching tv to play it.
Another one I wanted to say, for eating up a lot of my time, is Guitar Hero III.

PSP: God of War: Chains of Olympus (Demo)
That's right. A demo.
I don't think I've played anything on the PSP that was released in 2007.
J

NDS: Zelda Phantom Hourglass (Didn't think they could pull it off as well as they did)

That's it apart from Guitar Hero 3 and Contra 4.

Wii: Mario Galaxy
Runner Up: Super Paper Mario. I'm in the UK and my Wii wasn't modded, RE4 is better but its 2 years old so doesn't count to me.

Best of the lot? Well sadly my Wii died while I was half way through Mario Galaxy, I still thought it was game of the year but some games aren't as good in the second half so its a toss up between that and Orange Box.

G
Gaming Games released on both DS and 3DS