Homebrew Yes there is a topic on DS emus for computers...but what do you prefer

I love that sticky thread that keeps people up to date on things, but as it stands you got NO$ which you can find easily enough, IDEAS and more.

But what do you like most, and why? One have better audio, compatibility nicer, nice added options?

If I want a game that doesn't have AR codes edited, I use emulators and that's the only occasion.
So I use Ideas most of the time, but if ideas doesn't run a game properly I use NO$GBA which requires online save converter. 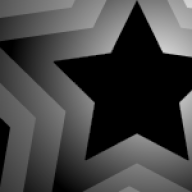 So what is the benefit then of IDEAS if you're not caring about that R4 stuff? Also, what's up with that dsemume emulator too?

Vampire Hunter D said:
So what is the benefit then of IDEAS if you're not caring about that R4 stuff? Also, what's up with that dsemume emulator too?
Click to expand...

I got my R4 saves to work on No$GBA and vice versus. Just go into the No$GBA options and change the save format from compressed to raw and that should do it. Though you may have to use http://www.shunyweb.info/convert.php to convert them.

Oh I care about R4. I just haven't the idea where to find a legit one anymore since they were discontinued and now I hear shady ones are on the market, but also I'm on spending freeze for like the next 6 weeks so I can't buy one anyways.

I've personally been using NO$, but I did try the other two out. Ideas is pretty nice, but the audio isn't as hot and the compatibility is a bit less, and desmume is just slow and so-so.

I just got this new pc a few days at, a quad core 2.4ghz computer with 3gb of ram and a 256mb radeon installed and surprised me just how badly desmume ran.

Off topic though, thinking of trying that ps2 emulator out as I have 2 games here I can no longer use due to lack of hardware that I kept as I worked on both when I was at Midway years ago...love to play them again.

What do you use to organize your ideas or projects?

@ Sicklyboy: hmmm what to order for dinner 2 minutes ago
Chat 2