Xbox One games will still be playable after servers shut down

He did not "assure" anyone - what he said was that "the generation is only just beginning and you're already thinking about its end? Come on. We'll definitely work on it and we definitely won't just shut it off." but no concrete information was given as to how the games will work after the console is no longer supported. Games which will use Cloud Computing heavily will likely stop working, much like all of the "Always Online" content just like in the previous generation with the XBox 1... Wait...
Reactions: AbyssalMonkey

if the servers go down they will push an update that will disable the DRM check. Like what they should fucking do from the start
T

What about if microsoft imploded? Would the xbox 1 become a big paperweight because it couldn't check in every 24 hours? 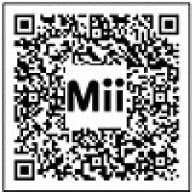 With how hard they're pushing this cloud computing stuff even if you can access your games it doesn't sound like they'll actually work once that is gone.
F

Total deflection by Major Nelson. I want "No, you will still be able to play your games after the servers shut down." instead of the "no we would never do that. Just get the console first and you'll find out later. Okay?" I, for one, am not assured by his statements. I still get the feeling I'll get boned by Microsoft, if I get this system, down the line.

So at the end of the life cycle, they'll release an update that'll stop the whole checking thing (or at least: prevent it from being mandatory to play your games)? Hmm...in that aspect, it becomes even more important that the thing fails hard. That way, they can't maintain the cost to keep their 300'000 servers running.

(warning: lame pun coming up)
I still feel the thing is a Hryb-off...but if true, it could become popular when the next gen arrives. The next next-gen, that is.
(assuming the thing has somewhat of a gaming library by then). 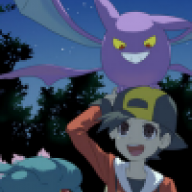 "That's not the way the system is designed. It's designed for flexibility."
Just about everything that Microsoft has said so far, is the opposite of flexible.

Now you are saying if my internet goes out, my 360 DOESN'T have to ping the LIVE servers every 24 hours? I'm confused... Microsoft should run for office as they are great at making pivotal statements. 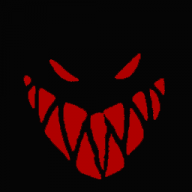 J-Machine said:
How will they handle authenticating new installed or used games then after they shut things down? I get the system not having 24 hour checks but what of the other drm?
Click to expand...

What this means is that the Xbone will be (maybe? kinda?)worth a purchase long after it's time has ended, and thus the always connected DRM has ended.

trance said:
"That's not the way the system is designed. It's designed for flexibility."
Just about everything that Microsoft has said so far, is the opposite of flexible.
Click to expand...


(in a Yahtzee voice)

Sure is! It's designed for flexibility to screw over your customers in all new ways!

this server issue one of my biggest fears, and I won't commit to a system that can be rendered useless after the servers are shut down. I've watched the interview (beautiful redhead, btw ;-) ), and what he said wasn't really much of an assurance.

I expect that microsoft is clear about this. if they cannot promise us that servers will never ever be shut down, at least I want a guarantee that, would the servers go down, they'd release an update removing mandatory logins. I'm just not going to invest +1000$ on a console and games if I don't have more to go by as a simple sentence like "why would we shut the servers down?"

Well, of course the games will be playable after the servers shut down. Hackers will make sure of that.
Reactions: EZ-Megaman, rasta1777 and Veho

What's the point of the DRM--Nevermind... Microsoft doesn't care. 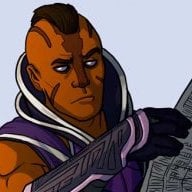 
Well, at least they didn't tell them to not trust them and their system.
They had to fire the guy that suggested that.

Hardware Xbox One Shuts Down when launching Game

Jump Force to be delisted, online services for the game to be shut down

@ KennieDaMeanie: Well I bought the 20th anniversary Xbox controller should be here tomorrow 35 minutes ago
Chat 0