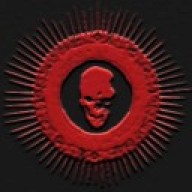 Okay so my 360 doesn't seem to be able to read anything from the USB port of the x3ky.
The 360 boots at least so i assume the firmware and sd card is all fine.

But i try to Open Tray, and it just says "Close Tray", not doing it automatically,
and if i Close Tray it just asks to Open it again.

Not sure what i am doing wrong

I have an USB Flash Drive, tried connecting it to different USB sources for power as it doesn't seem to blink in the backport, the front works with an extender, and also a USB charger thingy has also been used.
The results are all the same though, nothing is detected, the USB works fine on the PC.

For some reason i have two flat cables btw, i used the short ones as i guess the long one is from the Remote or something.
Last edited by zerowalker, Aug 1, 2016

How many games have you installed on it?
Have you got the .cfg file on the HDD?

I only have a folder called "Games" with 1 game on it.
No config files.

I seem to have gotten it to work.
Not sure if it's cause i change the names of the files, formated to Exfat or did a DVD styler thingy, it started as a DVD, i den chose it, then went back to dashboard and ejected and then i could launch the game

So just to confirm, i can play my backups safely online with this?
And as it acts as the Drive, does that mean it will only play Complete Backups (which are safe)?
Or can it read normal backups as well without stealth?

Just patch everything with ABGX.
It only takes a few minutes and it ensures you have a correct backup of the disc.
That way, you'll also protect yourself from any flags/bans.

No prob~
Just follow this tutorial and you'll be fine.

Btw how does it work for Xbox Games if it works at all?

It is possible, but you'll have to modify the ISO with XDVDMulleter.
Atleast, as far as I know.

Okay, i guess it will work as long as it's non-modified like it did with DVDs before.

Though i think that was removed with some firmware cause it wasn't safe.

Best thing to do is get an old Xbox and softmod that one.
Atleast you got 100% compatibility.

got that one covered
Though, problem there is finding a Component + Optical cable, those are damn impossible to find for some reason.

There's a HD AV pack available, tho pricey, it does work.
The component cables available for it are usually of shoddy quality.
Image flickering mostly.
Atleast that's me own experience.

Yeah the price is the problem, the shipment cost a fortune to where i am usually so it's even worse.
Didn't know they were bad quality though?
Never had problems with Component to consoles, and i use cheap china cables for both PS2 and Wii, i would have thought Xbox to handle it better than PS2.

I've also got a "cheap" china cable for the old Xbox and it flickers heavily.
I've yet to find a good one but I'm really tempted towards a HD AV pack.

And it's a Component Cable?

Hmm, might be your TV that's sensitive, cause i think ppl have had problems with Wii and PS2 as well complaining on some cables, and i never had issues so i might be lucky.
But well Original Cables are usually the ones that should work fine as they are well made.

Where are they available btw, i can only find them at like Ebay from USA and stuff.

It's a small box which allows you to use component cables to plug it into your telly.

Nope, Got a cheapo china cable for me Wii and that one works perfectly fine.
PS2 I still have on AV, don't think I'll go for component for that one as I barely use it.

It was only available in the US I believe..