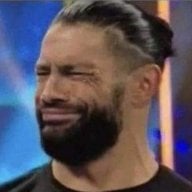 lol. These files are for loadiine or cemu. What you need is a bunch of .h3, .app and a few ticket files. .tik, .cetk.

EmulateLife said:
Read my edit those are not files you can install to hard drive those are Loadiine files.

Google "reddit Wii U USB Helper workaround" and use that program to get the correct type of installs for a hard drive. Loadiine is an outdated method that only allows you to play games off sd card and poorly that's what type of files you have.
Click to expand...

BaamAlex said:
lol. These files are for loadiine or cemu. What you need is a bunch of .h3, .app and a few ticket files. .tik, .cetk.
Click to expand...

Update! I followed EmulateLife's instructions of searching Google for "reddit Wii U USB Helper workaround" and clicked on the first result. For any confused soul reading this in the future, follow what that Reddit post says and the rest of the advice in this thread and you should be good!
Reactions: jeannotte
F

anyone have issue with Paper Monster Recut installing WupInstaller and it says it is DLC file what the hell? Also Trine 2 and F1 Race Stars Powered Up Edition same issues could be bad file. I have tried to force repeat install it F1 Race and Trine 2 still error i use hb sign patches after moocha
Last edited by FanNintendo, Dec 8, 2019
I

Hello no luck rn what should I do?


Iyad said:
Hello no luck rn what should I do?
Click to expand...

when installing a game on the Nand or on the external hard drive, you must remove the "accents", or small letters (example: @, &, ....) from your game. 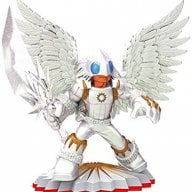 -In your sd card make a new folder called install
-So if the WUP shows no game can be found, all you go to do, is in your sd card from the install folder.
-For any game make sure there is no special characters while renaming the game files.
-This Example that's at the end for of the file- [0005000010101B00] its not needed, as you can keep it. Note that it's not special characters
-Until its fixed it will show the game files in the WUP Installer GX2

`For Example The LEGO® Movie Videogame
`The special character is ®
`Remove the ® and rename it to The LEGO Movie Videogame
`Make sure to include the game title file when renaming as an update or game, depending on the file.