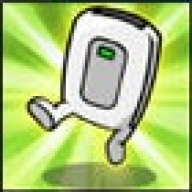 DS Uranai Seikatsu is a fortune telling game that released in Japan in 2009. Through this game, you can perform Tarot Card readings, palm readings and other stuff. This game was a Touch! Generations title

DS wiki article
The official website
A commercial I found for the game (In Japanese of course)​
I think that this game would be really cool to translate, and I would do it myself if I was better at Japanese/could edit game scripts and patch stuff, so I'm looking to see if anyone would be interested in translating this game with me. I'm not the best at Japanese, but I will absolutely help in any way I can.

Note: The only issue with translating a game like this into English would be the writing... in the game you have to write certain Kanji for certain parts, so I dont know if there would be a way to get English to register for that...

@ kenenthk: These pills knocked me out 34 minutes ago
Chat 0