With CFW on a 3DS LL, can you trade pokemon between the LL and XL using both american games? 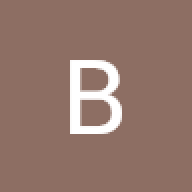 Metoriman said:
Just curious since the LL's are so cheap compared to the XLs
Click to expand...

Yes. The Pokemon games are the same in all regions actually, they're among the few region free 3DS games (although a real cartridge will only work on the region it was made for, because the icon/banner has a region check too even though the ROM is otherwise identical)
But to answer the question in a more general sense, as long as the games are the same region it will always work AFAIK. The region of the 3DS doesn't matter. Some games have region locked local multiplayer, so two different region copies of the game won't be able to play local together, but the same region games should still work even if the console region is different. And if it doesn't, you can force the language/region setting in Luma to match the game region.

I was trying to do it so I don't have to do a region change but I can play US 3DS games using LUMA. I know they said its possible so maybe I'll give the LL a shot

Where can I get og 3ds screw set?