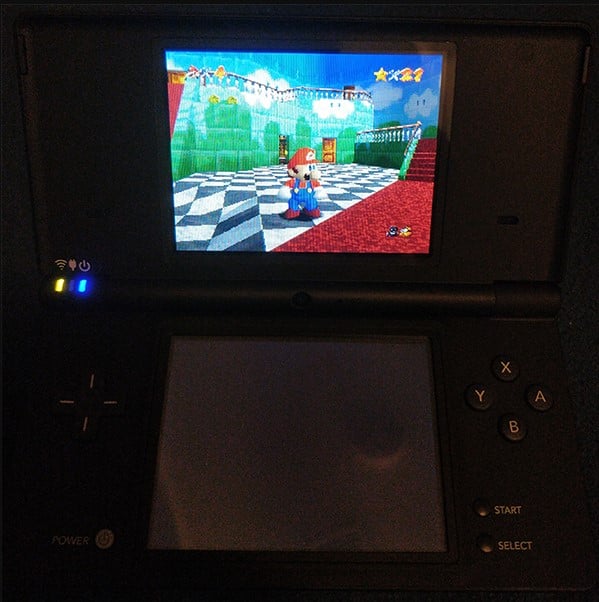 Following its decompilation last July, people expected a slew of Super Mario 64 ports to follow, and they haven’t been disappointed. Joining its ports to the PC and Android is a new port to the Nintendo DSi, from GBAtemp user @Hydr8gon. Currently it can only run on DSi hardware and not the original DS due to the DS’s smaller RAM size, though @Hydr8gon says it may be able to run a port in the future. Currently, audio is “entirely unimplemented,” but that’s next on the list to be added.

Similar to the Android and PC ports, you will need to provide your own legally-dumped ROM of Super Mario 64. Asking for links to ROMs is against GBAtemp’s terms of service and may lead to disciplinary from the moderation team, including suspensions or permanent bans.

All further instructions are in the original thread, linked below.