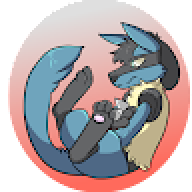 Heyo. Been using Paragon to try and create some cooler weapons in FE10. Got a lot of it working, but trying to figure out why "Healing" (which heals a user per turn) wont work on anything besides Staffs (and in the base game, healing amount varies depending on the staff, though they all seem to have the same modifier). Also was hoping to try and attach some skills to some weapons, but that seems far off.

But hoping someone can point me in the right direction of where that data is held.
Last edited by Tangented, Jun 28, 2022 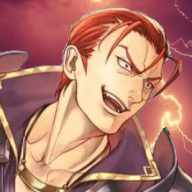 Hey, I actually just made a membership because I was so impressed with the tool you made! Ive gotten pretty handy with it, being able to make items, classes, characters and the like, but there are a couple things that elude me:
First, Ive had no trouble extracting the romfs folder for FEF from my 3DS and editing it, but for the life of me I cant figure out how to do the same with the DLC. I have the Boo Camp DLC and I had this idea that I was going to create a unique faceless character paralogue using the gold model and portrait, just so that he stands out from the green ones in the base game, but I cant figure out which DLC it is or how to extract those two things and get them into the editor.
The second thing Ive been struggling with is creating unique weapon animations/effects. Weapons like the Siegfried and Raijinto are really cool, and they have a unique range 2 animation where they basically blast the enemy with magic. I tried to create a custom weapon with the same kind of thing, but Im really not sure how to do that. Through monkeying around, Im pretty sure that the animation is tied to the specific weapon model and through specific bitflags. The thing is, Im really unsure on how to use this information to create a weapon like those. I had the idea of taking Leo's Iceblade and converting it to a 1-2 range weapon where you would pelt the enemy with a Fimbulvetr effect, but I cant seem to make that happen. Despite putting the Fimbulvetr magic effect in the visual effect slot and using the same bitflags, my character just chucks the sword at them.

If you could provide any guidance, it would be so much appreciated! I have some big ideas for mods that I'd like to get off the ground, just need to figure out these two kinks.

I have made some headway into my two problems.

First, I have figured out how to extract data from the DLCs and import it into Paragon, and Ive been able to actually create a new "Gold Faceless" class. However, Ive hit a snag with it. I have managed to have the correct texture on the faceless model and now its gold, however the map sprites are continuing to be an issue. For whatever reason, all of the standard characters like corrin and azura can be gold faceless and the map sprites show up no problem. But when I try to turn my generic faceless character into one, the map sprites are of the robed outrealmer class. Despite my best efforts, I have no idea why other than I believe it is somehow tied to the AID.

As for the weapons, I have made no progress on that. No matter what I do, nothing changes. I can only assume that the individual models must be adjusted in some way.
E

Hey, is there a discord server that's more active with advice for fire emblem fates hacking? If so, does anyone know where I could find the link?

Homebrew [HELP!] Who is able to compile EDuke3d.3dsx with latest ctrulib?