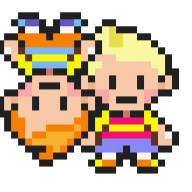 UsendMii by Crayon2000 is an app that allows to use the WiiU Gamepad on a computer, but it only works with Windows and macOS (and the server part is not open source). So I created a simple server in python to achieve this on Linux, using the python-libevdev library to emulate a controller. For the moment, it works only with the Homebrew client (not with the web browser), it can only emulate a controller (no keyboard or mouse inputs) and to change the button mappings you have to edit the code. I'm working on a more complete and clean solution using C++ and Qt but it'll take some time. edit : i'm having too much issues with it and with school coming i won't have the time, i may try again later

To use it, first install python-libevdev :

Code:
Then you have to get the permissions to create a virtual controller, on my system i just had to add my user to the uinput group (it may depend your distro). Or, you could run the script as root (i.e. with sudo)

Also you have to load the uinput module each time before starting the server (or add it to the auto loaded modules) :

Code:
Now on the wiiu open UsendMii Client, put in the ip adress of your computer, start the script and it should work !

Warning
For the moment, this tool accepts any connection on its port, so only run this on your private network since anyone on the same network will be able to control the virtual controller.

PS : the name of this project was inspired by ctroller (by phijor), a tool that does a similar thing but with the 3ds

Tutorial Use your 3DS/WiiU Gamepad as a Switch controller

Hacking RELEASE sys-hidplus: a brand new sysmodule that allows you to emulate gamepads over the network for Parsec

Hacking I'm having trouble pushing payloads on Ubuntu 20.04 once again