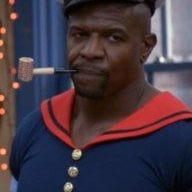 The legend of Zelda Wind Waker is the sixth console entry in the iconic series and requires little introduction.
Having completed the game in the early 2000s I'll be revisiting the title with fond memorys and fresh perspective seeing how the title holds up in 2021 against recent Zelda entries.
Today's review was completed via emulation on CEMU with maxed settings.


Having delved in to the development history of Wind Waker the cut content is apparent when you are aware of what's been revealed over the years such as Lord Jabu's "Jonah & the whale" dungeon which was notably cut. Nintendo is masterful when it comes to revisiting content, however here it comes off as filler and padding the length of the game. In such an ambitious world so many of the side quests and locales feel like place holders you would find in a demo. It's very off-putting having Triforce fragments dumped in the ocean like the repetitive 50 rupee chests.

The Forsaken fortress was a poor choice as an early Dungeon. I generally have disliked the stealth segments in Zelda titles as they seem to amount to "patience tests". The pacing of the early chapter is painfully slow when you are anxious to engage the combat and traditional puzzles.

The later dungeons did not fare much better in my opinion, The two most expansive dungeons the Air & Earth temples both incorporate escort missions which left me wanting for a straight forward experience relying on Link's gadget bag. The dungeons overall are a bit gimmick heavy when you are looking for some classic block and switch puzzling.

Physics and skill jumps seemed a bit inconsistent from other Zelda titles and a bit on the loose side, this may be due to CEMU emulation as I have experienced physics being slightly off in other titles. Tasks such as dropping weights on switch blocks seemed to miss the mark or have a smaller sweet spot than other titles in the series, forgivable with suspect emulation.

The fencing and combat is some of the best in the series, the parry options are satisfying even though the timing window is a bit generous to be challenging.​


Played on modern hardware in 4K and raytraced is an absolute treat thanks to Nintendo's timeless art choices. I was disappointed as many were with the aesthetic originally but it still looks amazing in 2021 and holds up better than any title of the era. Despite the toon aesthetic I would feel comfortable in arguing it is "grittier" than breath of the wild in many ways. My only pet peeve would be the detail of Fado the Kokiri sage being a bit more interesting than Link. The detail and color of the outfit make toon Link look like his outfit is the Great Value version you would you get from Walmart.​
Sound

Beautifully orchestrated Zelda fare with all the classic bells and whistles. A solid 10/10 for any fan of Kondo's ground work.​
Overall

It was a pleasant trip down "MEH-mory" lane. I would not be anxious to revisit this game again anytime soon. Wind Waker has one of the better narratives in the series. I really miss Ganondorf having a personality and presence as a person other than an evil abstract. The Heroic mode was poorly done in the HD remaster and I would recommend forgoing it. Eliminating hearts did not increase the difficulty and was more of a nuisance than difficult that leads to retreading content. Limiting hearts & shortening the parry window would have been a cleaner experience. The quality of life improvements really keep the title playable in 2021 and would not recommend earlier versions. Without the swift sail and shortened Triforce quest this game would of been a bit of a drudge. Overall the game is a beautifully realized world that suffers from cuts and content padding but still manages to maintain that Zelda polish.

Solid grade of B, possibly would of been a C+ had I not been reminded the title is approaching twenty years old. 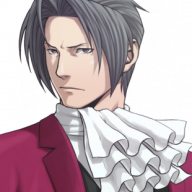 Great review! You should do some more sometime. And you put it into perspective
Reactions: jimbo13