Gaming Willing to try my hand at translation...

So I'm willing to try translating a PSP game for the heck of it. However no matter where I look I can't seem to find tools for this. I remember reading in another thread that there are games that need specific tools, and then there are tools that work across multiple games.

What are the names of these tools? Does anyone have a comprehensive list? When I did a google search the only one I found is that UMD image creator.

Anyway, if anyone knows of some tools and could point me in the right direction that'd be great. 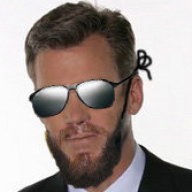 if you name the game, maybe, and im just saying maybe, someone will create tools for it.
Reactions: Roxas75

i'm just saying this cause it sounds like you dont really have a particular game in mind
Reactions: omarrrio

It works much the same for any console though with the PSP also using a filesystem you have the bonus of being able to break it apart into the files that make the game up (give or take any archive files contained within it). For most people the tool of choice to do this to PSP games is UMDgen.

PSP hacking and translation is still in its infancy and is far less developed than most other consoles, not overly sure why (there is nothing that makes it any harder than other consoles) but it is what happened.

Generally each game will want to have the formats reversed and then fed into tools that can handle such things (often almost programming languages unto themselves) or made into game specific programs which will have to be made. Occasionally these premade tools work well enough across games from a given developer/publisher or across a given franchise but that is not the most common. Having tools that work across several games and be floating around the internet are largely a fantasy unless you get generic tools and beat them into shape (not the nicest things to work with if you plan on doing something as intensive as a full translation) or find those from a previous translation attempt.

There are a handful of tools for things like disassembly, some tools for image formats, some tools for music. Emulation of the PSP is also a bit tricky though getting better all the time so most of the work is done using the hardware to test (you can stream games over USB so this gets a tiny bit easier).

The very short version is you are either going to have to find a hacker or become one. Finding a program you can just sit and plug away at and have a translated game pop out the other side is not going to happen for the PSP, it barely happens for other consoles which have been extensively hacked (if it is not a NES/SNES square game, possibly fire emblem or pokemon then probably not).
S

omarrrio said:
if you name the game, maybe, and im just saying maybe, someone will create tools for it.
Click to expand...


Persona 2 Eternal Punishment. I thought I would try a menu translation to start with. See how well that works out and move my way up.

I know most games will need specific tools, I was just hoping for something like a dissembler that worked across multiple games.

shadowdorothy said:
Persona 2 Eternal Punishment. I thought I would try a menu translation to start with. See how well that works out and move my way up.

I know most games will need specific tools, I was just hoping for something like a dissembler that worked across multiple games.
Click to expand...


this game uses some kind of compression/encryption on the text files, because if you looked before posting, ull see that the game has many topics in here, that are about it's translation.

@ kenenthk: Very happy indeed thanks for asking 20 minutes ago
Chat 1