Hardware Will there be a major system update before GTA V?

17 September, it's like only four months away (almost close enough to start counting the number of sleeps!), but I'm just wondering if anyone knows anything about a major update incoming before V is released. The only thing is that I like to store my original discs in safekeeping and I'm worried that I won't be able to use a backup with my xkey to play it. I'm totally pumped for GTA V, it makes IV look like III in comparison, but it would be a dampener to have to wait for xkey to be updated to work with it, or to have my DVD firmware changed (meaning I'd have to buy another USB Pro v2 just to extract it again). I really hate using my original discs you know? And my slim 360 makes so much noise when not emulating the disc drive, even after installing a game it sounds like a jet engine for the first five or so minutes of starting a game with an actual disc in. 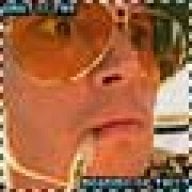 So you refuse to play the original disc if you can't make a backup of the disc and play it from usb instead?

Nice try, you are downloading the game from the web and are afraid that you won't be able to play the game the second the download and transfer to whatever usb you are using...

But to answer your question: How could anyone know?

I don't know what you mean. How can you download a disc from the internet? I backup the disc on my computer and store it on my USB drive, then keep the original on display on my shelf, just like all of us here do.

Looking at the most recent updates and the length of time between them, it seems likely that there will be one more before V. But with Xbox 720 coming out soon, maybe Microsoft wouldn't even want to mess with modders too much, to keep them avid Xbox fans so they go on to buy the uncrackable Xbox 720.

And why would you need to purchase an entirely new X360 USB Pro v2?
You can dump Slim keys with VIA cards and they where used since the beginning of the DVD flashing.
You won't ever have to buy a new one, idk where you got that information/idea from but that's nonsense.

And yes, probably there will be a new dash/kernel update for GTA 5 but it won't be a major one.
Probably just another version bump/attempt to block the RGH/R-JTAG (if that even is patchable at this moment)

I gave my X360 USB Pro v2 away thinking I'll just buy another one if I ever need it. Why I now thought I might need another one, I guess I just thought that maybe MS would change everyone's DVD firmware in anticipation of GTA V. After I gave it away I also found out that the USB Pro v2 can actually be useful for connecting normal disc drives and hard drives to a Mac, which would be good because I don't actually own a burner except an internal iHAS "W" version which I bought by mistake (which is incompatible with Burnermax). Though it would actually be cheaper just to buy a normal USB burner, than to buy another USB Pro v2 and a molex wall adaptor.

Hmm I see.
Nah, MS can update the DVD drive FW as much as they want, every Phat drive is extractable and flashable and most of the Slim drives have hardware locks which can be bypassed.
So there's no use in updating the DVD drive FW is it's getting replaced by a hacked one anyway ;]