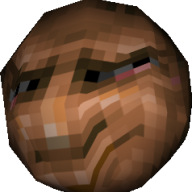 If I need to install patches, I own a regular blue ds to install them but yea

I want to buy a Super DSTWO so I can:
*Play emulators without lag
*Play GBA

Do note that the DSTwo's emulation is not perfect. There's still a lot of SNES/GBA (mainly SNES) games that don't run fullspeed.
Reactions: Kippykip and YOUCANTSTOPME

The DSTWO runs on all DS models and firmwares to date, up to and including the most recent 3DS firmware.

Updating it is usually a matter of just updating the EOS (the kernel it runs). Occasionally you will need to flash it with a new update, but this is not often. Chances are it will work out of the box. If you do need to update (flash) it, it's recommended to update it before updating the system. Failing that, update it via an older DS. Worst case scenario you can still update it with a console it is blocked on by renaming the update file to dstwoupdateb.dat, placing it in the root of the microSD, and attempting to launch it. Let it sit on the "An error has occurred..." screen for 5 minutes then shut it down and delete the file. This method is not recommended because there's no visual indication of when it's done updating, so it's impossible to know. 5 minutes is a very generous window for it, so you're -usually- fine, but it's better safe than sorry if you have an alternative method.

Except for GBA and SNES emulation, other emulators will run on it just as well as they would on any other flash cart. For GBA and SNES, see TempGBA and CATSFC Revival, respectively, both maintained by GBATemp user Nebuleon, both of which are the newest versions of emulators that are built to specifically take advantage of the DSTWO's on board CPU.
Reactions: Kippykip

im thinking about that cart too.

but isnt it draining the 3DS out of battery?

SLiV3R said:
im thinking about that cart too.

but isnt it draining the 3DS out of battery?
Click to expand...


well it takes more battery, it has a built in CPU (its why it costs more)
its fine as long as you dont leave it in when the 3DS is in sleep mode as the DSTwo will just still draw that small amount when in the card slot

ok. thanx for the answer. but i think it will be to much battery draining for me..

Oh I have a question!
How does doom 2 run on the GBA emulator?
The compatability claims that it's 'Very laggy'
is it playable? or extremely laggy like playing it on the wii?

TempGBA has different (and usually much better) compatibility/speed than the normal emulator.
http://wiki.gbatemp.net/wiki/TempGBA_Compatibility
But it doesn't look like anybody's added their results for that game yet.
Reactions: Kippykip

have you tried looking at a PSP
the may work better for emulation yuo want
and the the PSP can run Doom (not some gba port) it will run nice, (find your own doom WAD files)

Ryupower said:
have you tried looking at a PSP
the may work better for emulation yuo want
and the the PSP can run Doom (not some gba port) it will run nice, (find your own doom WAD files)
Click to expand...

My psp broke ages ago and yes I tried doom on that and loved it!
I still have the 'Doom collector's edition' on my shelf and it's installed on my pc so I have the wads

Rydian said:
TempGBA has different (and usually much better) compatibility/speed than the normal emulator.
http://wiki.gbatemp.net/wiki/TempGBA_Compatibility
But it doesn't look like anybody's added their results for that game yet.
Click to expand...

It's from the tempgba beta12 changelog and I think the 'High polygon count lag' it's talking about is normal (Just played doom 2 it on my gba about 5 mins ago )
http://www.emucr.com/2013/04/tempgba-beta-12.html

but there is a DS port of doom, too.

Technicmaster0 said:
but there is a DS port of doom, too.
Click to expand...

Yea dsdoom I have it
I just don't like how it's laggy-ish and the number 1 flaw... no music

@ KimKong: Thanks so much for the feedback!! You are awesome!! 16 minutes ago
Chat 3