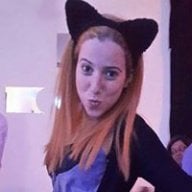 As the Wiiu will only take HDDs that have an external power source, all the HDDs i find are too large for only wii isos.. For which i think the ideal would be making a partition... Do youi think the wii u would recognize one partition for the wii isos and one as wii u storage? Also.. if you know if there is possible to buy a power source for a normal external hdd (the ones that dont come with power from factory) That would also really help.
Thanks!

No, it is not yet possible to use the same HDD for both Wii U and vWii storage, since the Wii U totally formats partition table, not just the first partition it finds. As for external power, look up something called a "y-cable". Basically, you plug your HDD into the port at one side, and at the other side it has two USB ends, one for data and one for power. From there you can either plug both ends into two of the Wii U's USB ports, or use a standard wall-socket-to-USB adapter for one end (such as the ones that come with phone chargers)
Reactions: TeamScriptKiddies