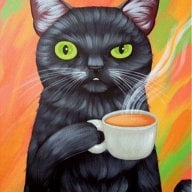 Hi,
I having this problem hoping someone have a solution, My wii u is softmod with cbhc, my daughter used to play the game from the disk normally, at some point i decided to dump the game using disk2app on the SD card and then on an external SSD via GX2 wup installer after successful install the game didn't start and the whole system got frozen. i thought ok let's install the game on the nand but unfortunately that changes nothing so i gave up and delete the game and re insert the disk -> start the game -> system ask for update -> update done -> start the game and the game just freeze at the main menu with background musing still playing.

i tought the disk might be somehow damaged, so i downloaded another copy wii u usb helper, and that didn't make any deference, all other games i have either disks or on my SSD are working fine.


The only change since last time my daughter played the game and me trying to dump it is that i have softmod the vWii and start using usb loader gx for some games which they also works super normal, nothing on the wii u side has been touched.

Hardware My Wii U HDD Expiriance

Hacking My Wii U and vWii wont Recognize Disks, but Homebrew Apps do...