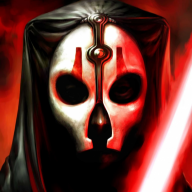 Hi everyone, how are you?

Well, one month ago i bought a second hand Nintendo Wii White (PAL), the model with GC Controls and MCs ports. It's was working fine without any issue, 'till yesterday. I turn it on and it turned off in one second after, and the power led goes out too. It just came back if i re-insert the power supply on it. But still can't turn it on, it turns off just after.
I've tested the Power Supply (which is original from Nintendo), in my other Wii Black (US-NTSC) console, and it works perfectly. So it's not the power supply. Any thoughts/help with it?
Already tried to let it rest, on and off plugged into power, with and without all the cables and nothing on usb slots and sd card reader. 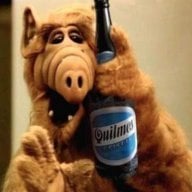 I have pretty much the same issue. Could you find what was wrong?

fcc92 said:
I have pretty much the same issue. Could you find what was wrong?
Click to expand...

I still need to send to repair. Can't figure out.

@XFlak is an expert at the wii, so he may have a suggestion. I'm not really sure if it's not the power supply. that would've been my first guess, but since you tested it and it works, I dunno.
Reactions: XFlak

I too am not sure. I mean, you could try accessing priiloader or bootmii @boot2, but it doesn't sound like a software issue
Reactions: godreborn

Ac Adapter want bad?
Wii got a shortcut?
Not enough power supply?
Processor is failing/overheating?
Bluetooth module died?
That's the only thing I can think off.

Well, i don't think the CPU is overheating, it's on and off instantaneously. I've opened it, disassembled all the parts, cleaned all the MB and contacts with isopropil alcohol, put together again and no juice. I've already tested with another Power Supply, original from Nintendo, wich one works perfectly on other Wii consoles, still the same.
And no damage on any component is visible, when i disassembled it, i've checked every thing, it appears to be brand new inside.
Probably I'll send to repair when i got the money to spend on it. I've changed my stock NTSC Wii to PAL System Menu and changed the video to PAL60 so i can use SCART cable, wich is the main idea of buying a PAL Wii, so when i want to play Wii and GC titles i could use SCART without change nothing o my NTSC one, and sadly the PAL Wii isn't working anymore.

Hardware Something went wrong after repairing