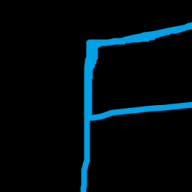 This was the hardest update to put together, It took almost 2 months longer than I thought it would to finish, but in that time, I managed to add a lot of things I never initially planned on, but that ended up being a good thing!

Unfortunately, This will be the final update for this modpack. There are many reasons for this, the main ones being a lack of motivation and time, personal problems, and also Kaze Emanuar.


I submitted a trailer for Wii Sports : Storm City to F3 2021 and It didn't make it in. Looking back on it now, I can see why, but I'm still disappointed about it. A few people with a moderate following were reacting to it live, I thought that it might finally be a chance for the modpack to get a lot of attention and be seen by a large audience (This was not the case even when RiiPlay was shown last time sadly), or some at least. But it didn't. It honestly just made me realize how I've basically wasted the last 4 years making Wii Game mods that are almost instantly forgotten about (Storm Island is a small exception).

The things I actually spend a lot of time on are the ones that almost never get seen, RiiPlay was worked on for nearly half a year and it's still almost completely unknown. Yes, I know that I wont always have a huge following for every project I upload, but there is no point in staying up all night and putting time into it if it's not going to get any attention at all (RiiPlay is a perfect example). I mean, Imagine spending 10 years working on a game, polishing every aspect of it, and making sure it runs smoothly, only for 3 people to ever download it, that's how I feel, on a much smaller scale though.

Since F3 2021, Poofesure actually played Storm City, twice. And it got more attention that I think it ever would've from F3. This more than makes up for it, but honestly, F3 has pretty much destroyed any long term feelings of joy I would've gotten from this. I don't know how to fully explain it. I used to love modding wii games, I loved the feeling of getting to create my own content and change many different aspects of the games I enjoyed as a kid, But this entire ordeal has put everything into perspective for me. I've pretty much wasted the last 4 years of my life. It was fun at first, but now it's just disappointing.

I wanted to end development of this modpack with a huge update called "Storm Island X" but I've lost the last remaining amount of motivation I had.

Sorry for the long rant, I just thought I'd explain things.

tldr : I've wasted the last 4 years of my life, this has finally put it into perspective for me.

Time to talk about the actual update!


There are many features in this update, but I'm only going to talk about the highlights.

Debug Menu:
This feature enables the hidden Debug Menu within the game. It works for Power Cruising, Island Flyover, and Wakeboarding. THIS WILL ONLY WORK IF YOU DISABLE EVERYTHING EXCEPT FOR THE STORM ISLAND FEATURE AND THE HOME BUTTON HOTLINE BLING OPTION! (This option might sound pointless, but it actually powers a ton of the stuff in the modpack)


Wii Sports Club: This is probably the most anticipated feature of this entire modpack! I worked on this with fellow modder, boz.
This feature allows you to play on the golf courses from Wii Sports Club! It took over 3 months to port every course and get them working in game!

ISSUES:
- To put it simply, the game only allocates a certain amount of memory for golf, a few of the courses come extremely close to exceeding that amount. So we were not able to port over every single tree that exists in the WSC version of the courses
- "Heavy Rough" or any collision type similar to it does not exist in Wii Sports Resort, so it was changed to a regular rough.
- Due to how the intro cameras work, we were not able to recreate the original course intros from Wii Sports Club.
- We tried literally everything to fix the lag on Hole 7, sadly nothing can be done without breaking the collision
- The map display dimensions are hardcoded, so the position of hole 8's map couldn't be changed.

This update brings 3 new maps to Swordplay Showdown. They can be chosen with the "Things To Do In Storm Island" feature. The maps are the following:
THESE MAPS WERE DESIGNED ONLY FOR SWORDPLAY SHOWDOWN, THEY WILL NOT WORK CORRECTLY IF PLAYED IN ANY OTHER GAME.

Tired of the same exact sequence of enemies and difficulty in Swordplay Showdown? Then this is a perfect feature to use! Every time you restart the game, the enemy armor type, heart amount, and difficulty gets randomized! Making every level different!

This feature has 3 different settings, I wont spoil them for you though It's a lot more fun if you try it out yourself!


THIS FEATURE WILL ONLY WORK IF YOU DISABLE ENHANCEMENTS, ENABLE THE STORM ISLAND OPTION, HOME BUTTON HOTLINE BLING, AND DISABLE ANY GOLF SETTINGS BESIDES WII SPORTS CLUB MODE.​


And finally, here is the download link!
Wii Sports Resort : Storm Island - Download​
Thanks to everyone who downloaded and played this modpack over the last 4 years!​
Reactions: RunningSnakes, Garcimak, KiiWii and 3 others 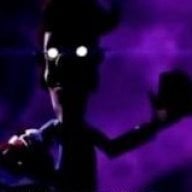 Is there a way to use the mod on wiiflow? 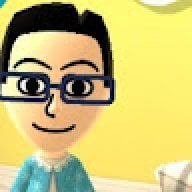 How do I enable Nasasportsresort? 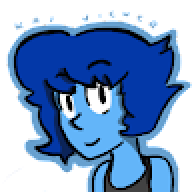 Emmitt said:
How do I enable Nasasportsresort?
Click to expand...

When you use Riivolution, it's one of the settings on there. Thats also where all the other mods are. Make sure your wii sports resort disc is in too. 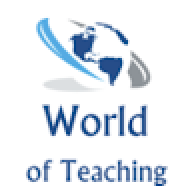 heh thanks for all your work. My autistic son must have spent a few hundred hours playing storm island. So excited to see your latest update. You have made a massive difference to us and your time may be under appreciated but it is by no means wasted. Your writing reminded me of a friend of mine who did design some software, created a giant manual, demos etc and took him 10years. Trouble is no one used it as it was too complicated. He said it was his life's work and ended up out of work and suffering from depression. It is often a thankless business, but I think more people have had pleasure from your fantastic work and efforts. Thank you and I wish you all the best for the future.
Reactions: TheNintendoEnthusiast and jeannotte 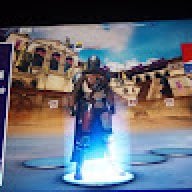 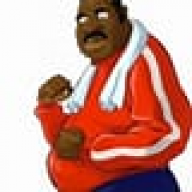 I have one of the old modpacks for WSR SI, do i have to delete that one from my SD card to play the new update? 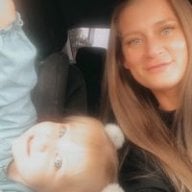 Hi My 6 year old is OBSESSED with storm island due to coming across dunk mode on YouTube. I have managed to download it all onto his wii an set riivolution up to play dunk mode but the game freezes as soon as the game starts an we have to turn the console on an off. Can someone tell me the settings for riivolution so he can actually play dunk mode. We are in the U.K. so it’s pal mode, I’ve read that may be the cause but we have tried ntsc an it still freezes. I have hotline bling enabled. What else needs to be done please help 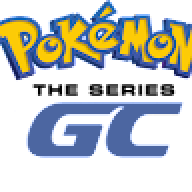 Oh man, I love this mod! Really glad I found it too.

Funnily enough, I came here just after watching the F3 2022 presentation. I was curious what their submission guidelines and process actually was for the showcase. Wasn't able to find any answers on that front but it got me here.

As impressive as F3 is, it's clear that it showcases a narrow category of a very broad diaspora of incredible high-quality mods that exist out there. It's a shame this mod didn't make it, despite that it clearly meets the standard (maybe it's not "Mario-themed" enough? idk).

Bummer this one won't be getting any more updates- nevertheless, i'm excited to see what other mods you come out with in the future!