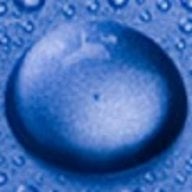 You can enter the hbc, from there, you can send binaries to the console from a PC on the same LAN using wiiload
https://sites.google.com/site/completesg/how-to-use/wiiload

This won't work with wii games though, just homebrew games and other types of homebrew

I think emulators can have access to smb shares as well if configured properly. WiiMC definitely has support for this, it's the only one I've actually used personally
Reactions: jeannotte

if what you want is a "Wii game loader through the network" instead of an USBLoader, or disc based games, then no it's not possible.
when a game is played, the Wii doesn't have an OS (operating system) running in the background managing the network, the game is run directly on the CPU/GPU/RAM/IOS, and the game itself has to code the network requests.

No game has that kind of code ready, instead the game requests files to the IOS, the IOS does the job to find the file on disc or NAND (or USB in case of custom IOS for USBLoaders) and provides it to the game.
There's no cIOS to look for files over the network. Other than the IOS doing it, it would require the game being recoded/patched to add network interface. It would also have to manage timeout and packet loss/errors, etc.

Even if it was possible to code all that, then there is still one issue : The network is not fast enough on Wii for streaming games ISO/files over Wifi or LAN.

Other than Wii games, like XFlak said, Homebrew are capable of using SMB, like WiiMC or Emulators.
Though, I don't know which SMB version is available or possible, you might have to decrease the SMB version on your computer at security risk. I didn't try SMB for a long time, hey, maybe latest version is working fine

edit:
I only managed to make SMB work on homebrew by creating a new user on windows (WinXP at that time), back on my main account making a new shared folder and giving specific rights to the new user to that shared folder, and using that account login information on the homebrew. I didn't try on Win7/win10 easy share mode without username/login.
Last edited by Cyan, Jul 17, 2021
Reactions: jeannotte and cearp 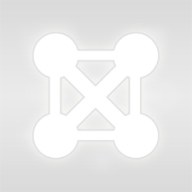 Well, then, probably.
I guess it's more "it has never been tried", and all the speed issue is only theoretical (or based on what I've been told by other developers).
we can't say "never", we saw what devolution and nintendont could do
Last edited by Cyan, Jul 17, 2021

I'd really love to see this happen.

[USB loader GX] I can´t run the Gamecube roms direct from HD, why?

@ Psionic Roshambo: Furry Friendly Recipes or How to Cook With your Friend! 42 minutes ago
Chat 0