Following up on last month's rumor of a Wii price drop to $149.99 in May, a new report suggests that a price drop is indeed coming at some point this month along with a budget line of titles for the system.

Since word came out of the new $149.99 price, numerous retailers have slashed the console's price to $169.99. Citing retail sources, Kotaku says Wii's price will be officially dropped to $149.99 in the next few weeks.

For the budget-minded consumer, it'll be joined by a budget line of games for $19.99. Nintendo World Report has secured what it claims is box art for the first four budget titles -- Animal Crossing: City Folk, Wii Sports, Mario Super Sluggers, and The Legend of Zelda: Twilight Princess -- which will be referred to as "Nintendo Selects." Kotaku, on the other hand, said the launch titles would include Twilight Princess, Super Sluggers, Wii Sports, and Super Smash Bros. Brawl, the latter of which might simply have not been pictured and could very well end up a part of the lineup.

Wii Sports being sold separately opens the door for Nintendo to begin packaging Mario Kart Wii in with new consoles, as was rumored last month.

Nintendo has yet to say anything officially but it did recently confirm reports of a Wii successor it has in the works for 2012. More details on that will be coming at E3 in June. The combination of announcing a new console and declining sales are basically a guarantee that a price drop will come. Assuming the reports are correct, the company should be announcing the new, lower price before long.
[/p]

I guess now is the best time to get a Wii if you want one. The system's cheaper and now the games are cheaper too.

EDIT: Confirmed for Europe too:

The rumoured Wii price cut and budget Wii games range has this morning been confirmed by Nintendo.

The initial line-up varies slightly in the US and Europe. In Europe the first Nintendo Selects games are Wii Sports, WarioWare: Smooth Moves, Mario Strikers Charged Football and Animal Crossing: Let's Go to the City.

In the US, the first Nintendo Selects games are The Legend of Zelda: Twilight Princess, Animal Crossing: Let's Go to the City, Mario Super Sluggers and Wii Sports.

Now I'm really tempted to get a Wii now if there's a price drop in Europe.

It's time, Wii. Your life is about to end in a year, it's time to explode into the world. May the force be with you.

I already have a wii and so does my girl, but I paid 130$ for mine used. Knowing I could get a brand new one for 150 + tax makes me wish we just waited, haha. This is pretty cool, though.

Actually forget buying one. I'm confident I can borrow my sister's Wii. 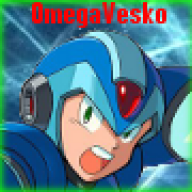 sonknuck23 said:
I already have a wii and so does my girl, but I paid 130$ for mine used. Knowing I could get a brand new one for 150 + tax makes me wish we just waited, haha. This is pretty cool, though.
Click to expand...

I hate to bitch, but I paid 250 euros for mine last December.

What is the point of a budget release of a game included with every single Wii sold?

SifJar said:
What is the point of a budget release of a game included with every single Wii sold?

EDIT: Never mind, didn't read. But I think Wii Sports is a much better packaged game than Mario Kart, Mario Kart is much less instantly playable IMO.
Click to expand...

TBH, Wii Sports is a total fluff game and is really just a bad tech demo of the system. There's not a lot to do there over any other sports game. Mario Kart at least has plenty of tracks, fun multiplayer, and one of the better online modes for the system (hackers or not). 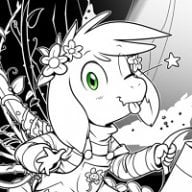 Damn, I bought one two days before they announced the price drop. I knew I should have waited to buy the Wii.

IMO Mario Kart would be better as a game included with each Wii. It has a high replay value, and a fun online multiplayer mode (even though there are hackers to ruin it)

MK is undeniably a much better game, but for the game packaged with the system, I think something like Wii Sports which shows off the various control options well is better. Meh.

More than 4 years after launch Zelda TP gets a price cut.

I REALLY miss the player's choice era. And the wii's price cut is disappointing, wii's right price is around 100~130$
J

Great news! Now I can buy a second Wii and mod the hell out of it!! 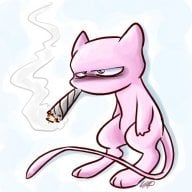 Was just reading this news on another site.
Amazing news in my opinion, cheap games are a bonus! But lets be fair everyone hacks their wii's for the HDD Games.

So a nice cheap system and a 1tb HDD are easily affordable for $200.00. Creating hours and hours of fun.
Good move nintendo.

I'm surprised that Nintendo is only NOW doing this; Didn't they do the Player's Choice games for the GC about 2 years into launch?

Slyakin said:
I'm surprised that Nintendo is only NOW doing this; Didn't they do the Player's Choice games for the GC about 2 years into launch?
Click to expand...

Yes, that's why I miss them.

But since wii sells old games well even at 50$, they find no reason to drop the price.

Slyakin said:
I'm surprised that Nintendo is only NOW doing this; Didn't they do the Player's Choice games for the GC about 2 years into launch?
Click to expand...

I will wait till it's 129.99 with the Motion Plus controller and a good game before buying my own Wii. 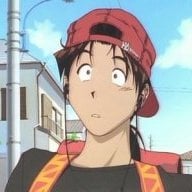 Duh, it's coming to the end of it's lifespan. Not that I'm not interested in picking up some games I couldn't be assed to buy, though.

@ AncientBoi: anyways, ta-ta, and enjoy your day A moment ago
Chat 2