If there is a wii linux mfe that u can mont and unmount dvd rather than sd please let me know I really want to use. I have the gc linux one i want the wii one.

i believe there is, but its bad for your laser, or motor, i cant remember. Plus you need a dual layer capable mod chip. There's little reason for a wii to function as your dvd player. Dvd players are like $30 anyway 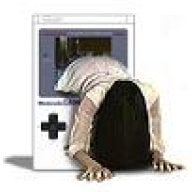 No, there's not. There's a Wii DVD player that is extremely old, but was never ported for the current Wii Homebrew scene. I believe it requires a certain modchip to use as well.

Also you should know that it is uncertain how prolonged use of th Wii laser will affect its ability to read disks. Some people believe the Wii was built with DVD playback but dropped the software due to licensing costs, and some people believe that the Wii laser was not built with DVD playback in mind and will break MUCH FASTER under this type of usage.

The Wii does not have constant use of the laser while playing games, unlick while watching a DVD or listening to a CD, the laser is constantly under use.

My conclusion is that it probably would cause your laser to burn out much faster, but not any faster than any other optical drive laser used for DVD playback (such as a Playstation or Xbox). So to sum it up, your lense will last LONGER without use, but it will not deteriorate faster than the AVERAGE DVD or CD PLAYER. 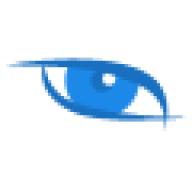 If your laser burns out, it's not an incredibly difficult task to replace it. It will run you about $50 for the part. So if you think you are capable of doing the replacement, the tradeoff of increased functionality may be well worth it.

CPOStudios said:
If your laser burns out, it's not an incredibly difficult task to replace it. It will run you about $50 for the part. So if you think you are capable of doing the replacement, the tradeoff of increased functionality may be well worth it.
Click to expand...

Yeah, unless you already own a $20 DVD player from Wal-Mart, or another system that plays DVD's, then it's not lol.

My Files Explorer in Dev Mode not showing anything