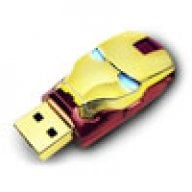 I have Homebrew installed on my Wii (ver 4.3U). I installed the cIOS and USBLoader GX and have my external HD connected to the Wii and recognized. I got to the point where I was on the USB loader screen (via Homebrew) and I inserted my game disc, but when I tried to install the game it said "Not enough free space". I am using an external Seagate HD formatted to exFAT with 930GB of free space so I'm not sure what the problem is.

Was just wondering if anyone could help?

flash_drive said:
I have Homebrew installed on my Wii (ver 4.3U). I installed the cIOS and USBLoader GX and have my external HD connected to the Wii and recognized. I got to the point where I was on the USB loader screen (via Homebrew) and I inserted my game disc, but when I tried to install the game it said "Not enough free space". I am using an external Seagate HD formatted to exFAT with 930GB of free space so I'm not sure what the problem is.

Was just wondering if anyone could help?
Click to expand...

You can't use exFAT, it needs to be formatted to FAT32 with 4k cluster size, WBFS using WBFS formatter, or NTFS (if the loader supports it, but I think only WiiFlow does)
Last edited by TotalInsanity4, Jan 31, 2018

NTFS or exFAT are the only options when I go to format my external HD.

flash_drive said:
NTFS or exFAT are the only options when I go to format my external HD.
Click to expand...

Correct, you need to use a 3rd party program like this, unless you want to dick around with command line

Thanks, but that one isn't working (it won't format unless I upgrade to the pro edition). Got any other ones?

flash_drive said:
Thanks, but that one isn't working (it won't format unless I upgrade to the pro edition). Got any other ones?
Click to expand...

This one should work - http://www.partition-magic.com/download1.html

There's a nice tool called fat32formatter, but it won't work if you're running anything above Windows 7, I've heard
Reactions: flash_drive

Grabbed the Fat32Formatter. Formatting now to FAT32. It looks like it's going to take awhile so I'm going to leave it while I go to work. When I get home I'll see if it works in the Wii. Thanks for your help.
Reactions: TotalInsanity4

That worked great. Took a while to format but hooked it up to the Wii and installed the game without any trouble.

I got another question. I have the USBLoader program installed on the SD card and the card is in the Wii. Will that program still be available when I take the SD card out, or does it just work when the card is in?

Unless you've installed it as a full channel (NOT just a channel forwarder), then you'll need to have the SD card in to launch it

TotalInsanity4 said:
Unless you've installed it as a full channel (NOT just a channel forwarder), then you'll need to have the SD card in to launch it
Click to expand...

How do install these things as full channels? Be cool to have them on the main menu where I can just click on them. I've seen videos where people have even the USBLoader and different console games on the Wii menu.

@Cyan is the standard full channel installer for USB Loader GX compatible with vWii? I know that the forwarder needs a separate version, I'm asking just to be safe

no, the full channel is working only on Wii (the wad has not been updated).
We prepared a version with Wii/vWii choice, but I didn't release it because the full channel is not updated anymore since r1180.
it lacks a lot of features (no gamecube USB support) and bugfixes.

Also, installing the "unofficially patched" Wad version for vWii would have ending with a bug due to auto-update. (I know some users thought it was intelligent to convert the full wad to vWii and release that bad version...)
the URL in the existing full channel is still the Wii version, releasing a new version would automatically replace the vWii wad and users would complain it broke their console.

I recommend to only install the forwarder (even on Wii) and use the automatic installer only to get/update the dol on SD.

the only difference is that it will require the boot.dol on SD or USB, but you can't use USBLoaderGX without SD nor USB anyway, so you'll need an external device EVERY TIME. just put the dol on it. you won't see a difference, except that it's easier to update

also, use THIS fat32 formater tool (everyone else are already suggesting this one)
http://www.ridgecrop.demon.co.uk/index.htm?guiformat.htm
Last edited by Cyan, Feb 1, 2018
Reactions: flash_drive and TotalInsanity4

Aight, so @flash_drive if, after that response, you still want a forwarder for the home menu, you can grab the vWii version here

Thanks for the info you guys. I already have the USBLoader GX on the Wii. I was just wondering how to get it to be a Channel so I don't have to keep going into the Loader program and turning it on. I tried installing a WADManager, but that did not work out (keeps saying it can't initialize the HD). I finally tried one (called YAWMM) and that seemed to work, but I haven't a clue what the heck it's doing, lol.

I did get the USBLoader GX to appear as a channel using the WAD (YAWMM), but it nothing happens when I click on it - it just says it can't initialize the HD. I'd show you guys a snapshot of my files on the HD so you can see how I have them set up, but it won't let me attach images.

On the Google Code Archive page I have a couple choices for the Forwarder; USB Loader GX - UNEO Forwarder Channel V5.1_AHBPROT.wad and ForwarderV5.1.dol

googlecode is old and dead.

if you need files, use sourceforge repository instead.
download this :
- USBLoaderGX Forwarder (UNEO) v5.1 for your correct console (wii or vWii) https://sourceforge.net/projects/usbloadergx/files/Releases/Forwarders/
- this wad manager : https://github.com/FIX94/Some-YAWMM-Mod/releases (Yes, this one !!! DO NOT USE the YAWMM you currently have. this is not the same one !)
this one is the newest version, works on vWii too.

launch this wad manager, select install Wad and install the forwarder.
that's all you need.

TotalInsanity :
It's not the first time I see you want to help, but provide outdated links, tools or info

Do not use WBFS. even less WBFS manager, do not use or suggest that tool. it corrupts games. (I know you didn't use "wbfs manager" specifically here, but you still suggest wbfs format)
NTFS works fine with all 3 main USB Loaders, but again it's not recommended.
best is : MBR FAT32 (for all homebrew compatibility)

there's a stickied thread with a chart and all comparisons with the 4th main USBLoaders. a little outdated too, I agree, but has most info in there.
Last edited by Cyan, Feb 1, 2018
Reactions: flash_drive

Thanks Cyan (BTW, my favorite character in one of my favorite games). Do I put these both in the apps folder on my HD?

you are not used to putting homebrew on SD (or usb) and launching them?
Homebrew go in /apps/ folder

You don't need to download or copy the .elf file. (it's used for devs and debuggers only)


the wad files usually go to sd:/wad/ folder, but you can put them anywhere else, you'll just have to browse your folders to find your files.
Last edited by Cyan, Feb 1, 2018

Ok, I did all that. When I go to homebrew I see the YAWMM icon. I select my HD (USB Mass Storage Device) and it lists the apps folder. When I open it I see wad and the forwarder. Clicking on the wad only allows me to (un)install it so I'm not sure where to go from there. I installed the forwarder just fine.
Last edited by flash_drive, Feb 1, 2018

now what you need is USBLoaderGX application.
the channel you installed is not the application, it's a shortcut to launch it.

get the current version of the loader here :
https://sourceforge.net/projects/usbloadergx/files/latest/download?source=files

extract to your SD (or USB... but SD is recommended).

now your USBLoaderGX channel will work.

when inside USBLoaderGX interface, go to the settings > Loader settings > Return to : select "USBLoaderGX" in the list of available channels.
doing this option will allow you to reload the loader automatically when you exit a game or a homebrew launched from USBLoaderGX.
Last edited by Cyan, Feb 1, 2018

When I go to the place you specified in settings USBLoaderGX is not in the list - just (LULZ) Homebrew Channel, (HADE) Internet Channel, (HCLE) Netflix and Clear